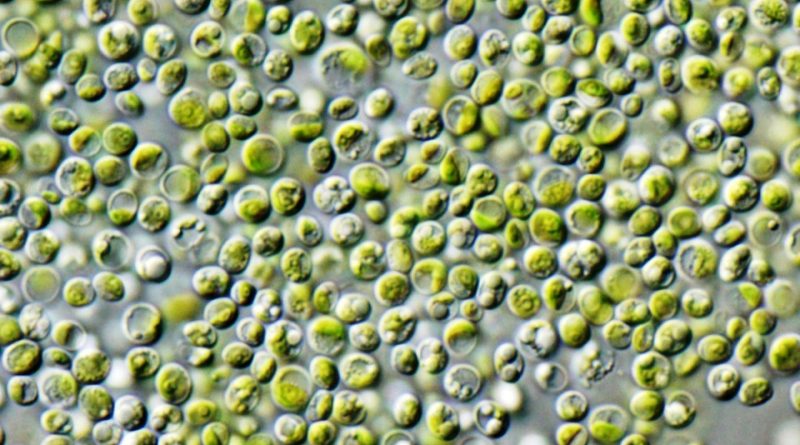 Etymology –
The term Chlorella comes from the Greek χλώρος, chlōros khlōros, which means green, and from the Latin diminutive suffix ella, which means small.
The specific epithet vulgaris comes from vúlgus vulgo: very common, ordinary due to its widespread use, banal.

Geographic Distribution and Habitat –
Chlorella vulgaris is a green eukaryotic microalgae of the Chlorella genus, present on earth since the Precambrian period and a cosmopolitan freshwater species. 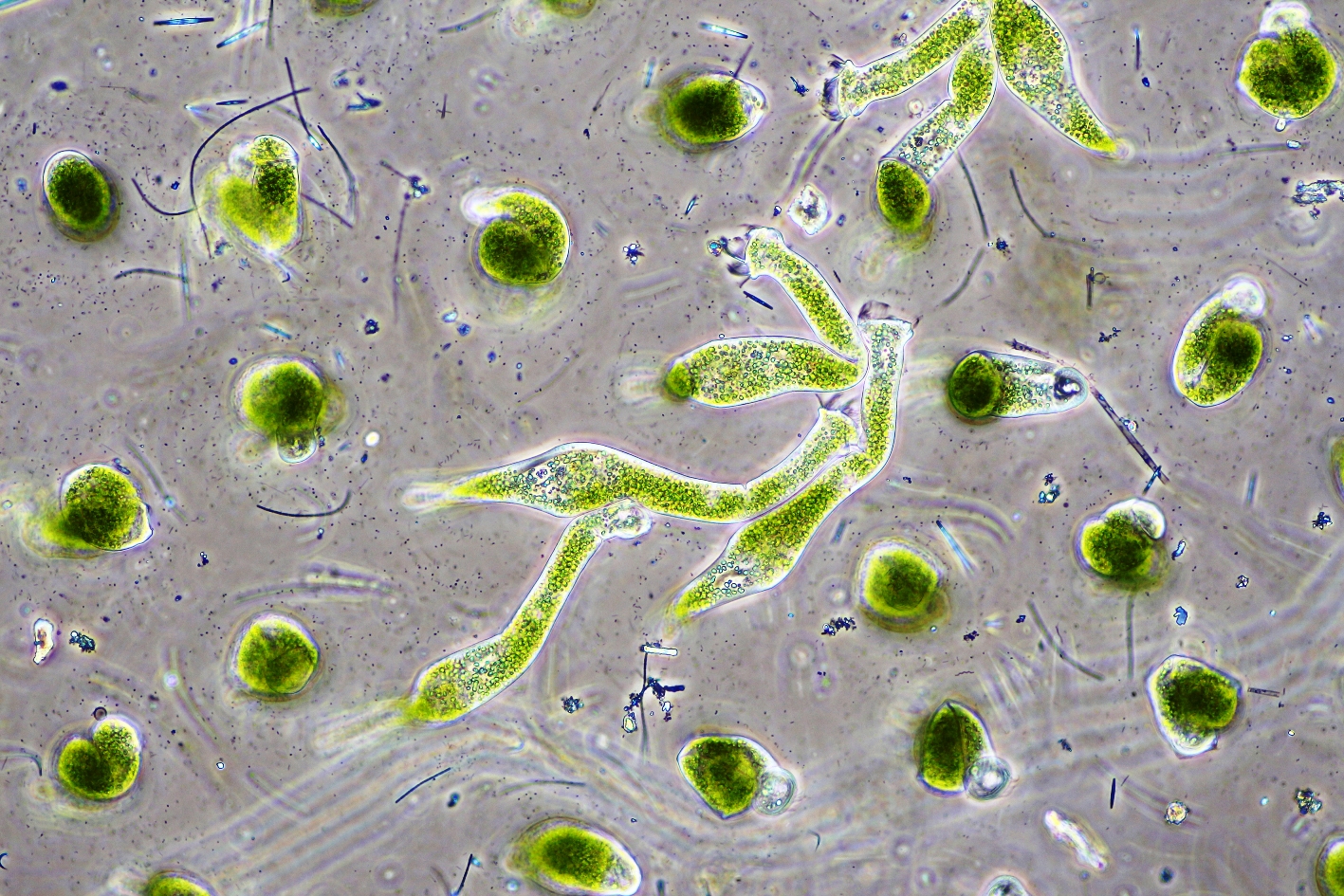 Description –
Chlorella vulgaris is a unicellular alga with a spherical shape, about 2-10 μm in diameter and without flagella.
It contains the photosynthetic green pigments chlorophyll-a and -b in its chloroplast.

Customs and Traditions –
This single-celled alga was discovered in 1890 by Martinus Willem Beijerinck as the first microalga with a well-defined core.
Later, in the early 1990s, German scientists noticed the high protein content of C. vulgaris and started considering it as a new food source. Japan is currently the largest consumer of chlorella, for both nutritional and therapeutic purposes.
Annual world production of the various chlorella species was 2000 tonnes (dry weight) in 2009, with major producers in Germany, Japan and Taiwan.
C. vulgaris is an excellent candidate for production due to its high resistance against harsh conditions and invading organisms. Furthermore, the production of the various organic macromolecules of interest (proteins, lipids, starch) differs depending on the technique used to create the biomass and can therefore be targeted.
Under more hostile conditions, the biomass decreases but the lipid and starch content increases. Under favorable conditions, the protein content increases along with the biomass. Several growing techniques have been developed. They exploit the autotrophic, heterotrophic or mixotrophic properties of C. vulgaris. Autotrophic growth of C. vulgaris is achieved by a closed photobioreactor. Biomass harvesting is therefore generally performed by centrifugation due to the high efficiency of the process (95% recovery). There are other techniques, such as flocculation, filtration and flotation.
Furthermore, Chlorella vulgaris can be a promising source of bioenergy. It can be a good alternative to biofuel crops, such as soy, corn or canola, as it is more productive and does not compete with food production.
It can produce large amounts of lipids, up to 20 times more than crops that have a profile suitable for biodiesel production.
This microalga also contains high amounts of starch, which is excellent for bioethanol production. However, microalgal biofuels are far from competitive with fossil fuels given their high production costs and controversial sustainability.
As regards its applications in the food sector, it is emphasized that the protein content of Chlorella vulgaris varies from 42 to 58% of its dry weight of biomass. The World Health Organization and the Food and Agriculture Organization believe that these proteins have a good nutritional quality compared to the standard profile for human nutrition, since algae synthesize amino acids.
Algae also contain lipids (5-40% of dry mass), carbohydrates (12-55% of dry weight) and pigments with, among others, chlorophyll, reaching 1-2% of dry weight.
This seaweed also contains minerals and vitamins and is marketed as a food supplement, additive, food color or emulsion.
The marketing takes place in the form of capsules, extracts, tablets or powder. They are consumed in Japan as a medical treatment. However, despite its high protein content, C. vulgaris is not yet widely incorporated into food. The main reason for this is its dark green color and its smell, which is close to that of fish. Furthermore, vitamin B12 has been identified in Chlorella vulgaris, in particular in the form of methylcobalamin.

Preparation Method –
Chlorella vulgaris is primarily used as a protein-rich food supplement or food additive in Japan and sold in commercial packaging in the form of capsules, extracts, tablets or powder.