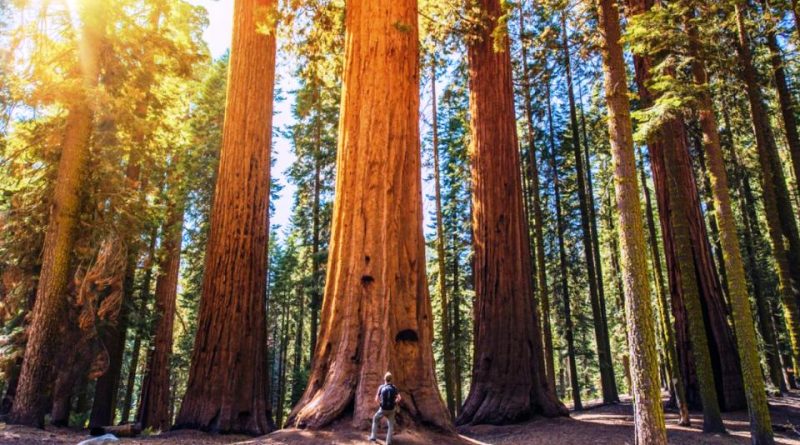 California’s Sequoia National Park located in the southern Sierra Nevada, east of Visalia.
Sequoia National Park was established in 1890 as the second national park in the United States, after Yellowstone National Park.
This park covers an area of ​​1,635.14 square kilometers, and contains within it Mount Whitney (4,421 meters above sea level), the highest mountain in the United States excluding Alaska and Hawaii.
Sequoia National Park is located south of the contiguous Kings Canyon National Park and since 1984 the two parks have been managed by the National Park Service as one unit, called Sequoia and Kings Canyon National Parks.
The main attraction of this park is, of course, the presence of the giant sequoia tree, including General Sherman, one of the largest trees on Earth.
At the center of the park there is a 75 meter high granite rock outcrop, called Moro Rock, on which a staircase of 400 steps has been built that allows visitors to reach the top, located at 2050 meters above sea level. In the heart of the park, you they find 4 of the most impressive sequoias in the world today, including the giant of the giants, the General Sherman Tree, the largest living organism on planet Earth.
And it is here in Giant Forest that you can hike two of Sequoia’s most famous short trails, the Congress Trail and the Big Trees Trail. Just south of the Giant Forest there are also the paths that lead to Moro Rock, a spectacular viewpoint over the Sierra Nevada, and to Crescent Meadow, where besides the sequoias it is easy to meet bears. Note that the Giant Forest Museum, located in the heart of the Giant Forest at 1,980 meters above sea level and 16 miles (26 km) from the Ash Mountain Entrance, usually remains open at all times. On the other hand, the important Lodgepole Visitor Center is closed from early autumn to early May.
Another prominent feature of Sequoia National Park is the Crystal Cave. It is a cave, or rather a set of caves, one of the most beautiful and interesting in the United States, with many stalactites and stalagmites.
You can get there by taking a secondary road that starts just south of the Giant Forest, half an hour’s drive plus half a mile to walk to reach the entrance.
Finally, the Mineral King: a remote and very little visited valley, separated from the rest of the park’s attractions and accessible only in summer with a detour to the east of Hwy 198 between Three Rivers and the Foothills Visitor Center, the lowest of altitude (457 meters asl) of the park’s visitor centers. Beautiful lakes of glacial origin, steep mountains, deer and bears: a place for convinced walkers who are used to long walks in the mountains. The road to Mineral King gains 2,000 meters in elevation in just over 23 miles. 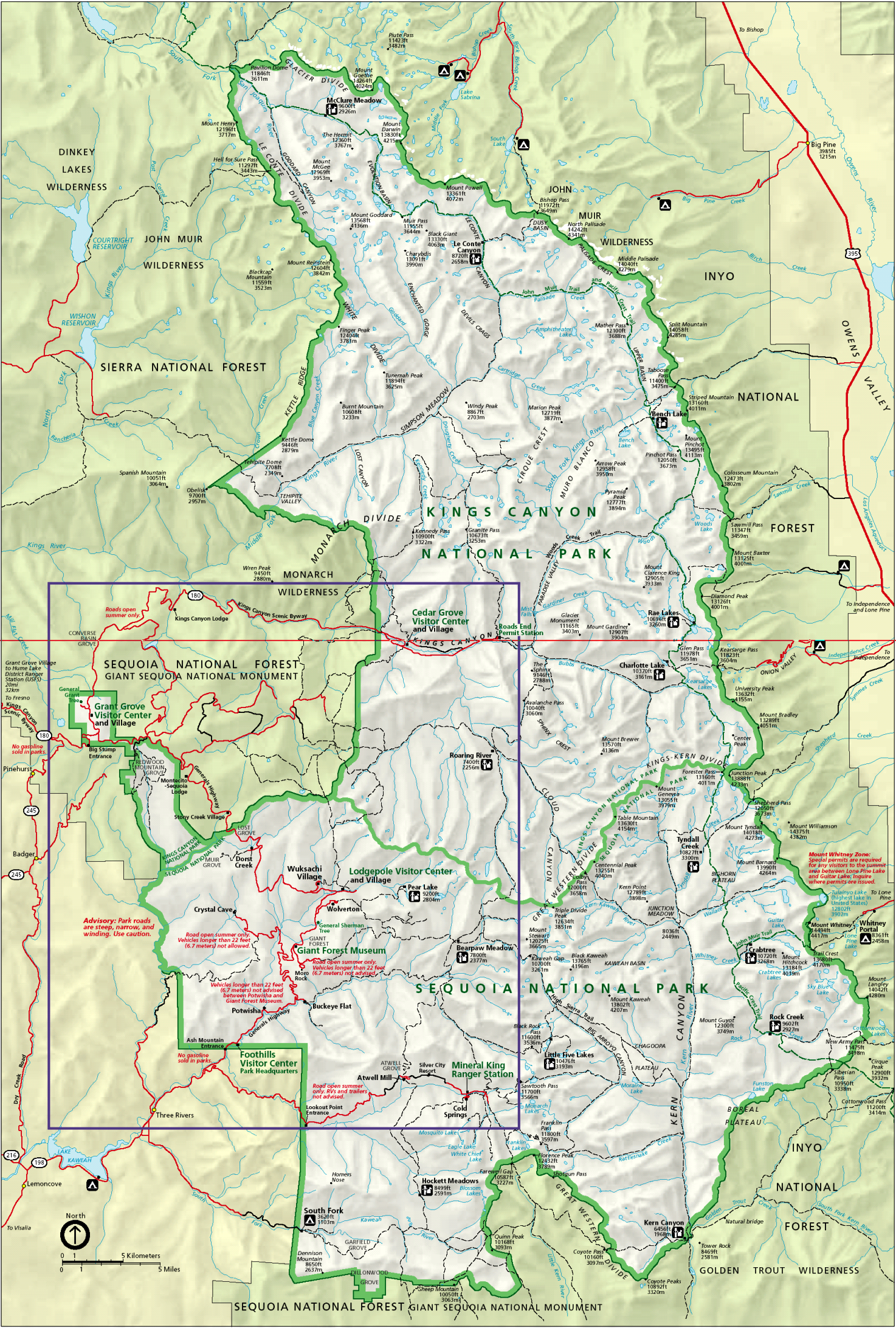 Flora –
At the foot of the low-lying hills, summers are hot and dry and winters mild. The park features oak groves, dense chaparral shrubs, and riverside vegetation such as California sycamores, willows, and cottonwoods.
In the mid-mountainous heights there are mixed forests of pine, frankincense cedar, spruce and scattered thickets of giant sequoia. Higher up, pure woods of magnificent spruce and lodgepole pine trees grow. The scattered meadows are lush with many types of flowers in the summer. Winters are typically snowy.