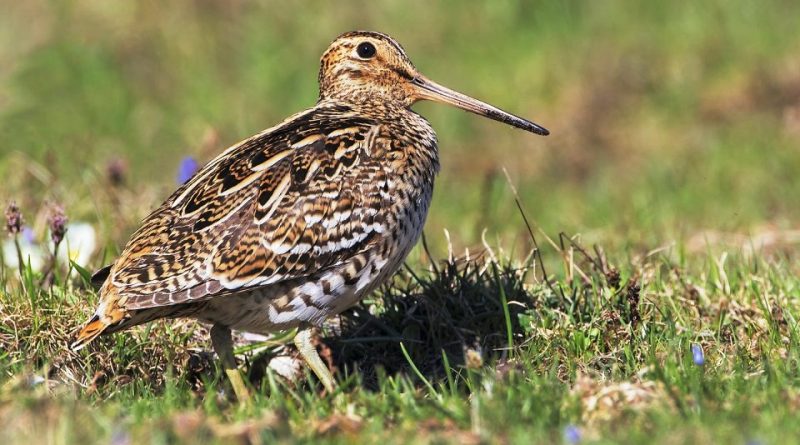 The Great snipe (Gallinago media, Latham 1787) is a bird belonging to the Scolopacidae family.

Geographic Distribution and Habitat –
The Great snipe is a bird with presence in north-eastern Europe, from Scandinavia to Russia, denounces an unfavorable conservation trend, with a strong and progressive decline in the European population.
The species nests mainly in Russia, Belarus and Norway, but also in Poland, Sweden, Ukraine, Kazakhstan and the Baltic Republics. In the period of August it moves south and east: it meets in Turkey and Cyprus, in Mediterranean Europe, including Italy, and in Egypt. In October it migrates further south to Africa, from the belt of Mauritania and Sudan to Namibia and Mozambique. It is in step in northwestern and western Africa, in the Iberian Peninsula, in the Arabian Peninsula, in India and Myanmar.
In Italy this species is regular during the spring migration and very scarce during the post-reproductive movements, probably due to a more eastern migration towards the wintering areas.
Gallinago media became extinct in Germany, the Netherlands, Denmark and possibly even Finland. 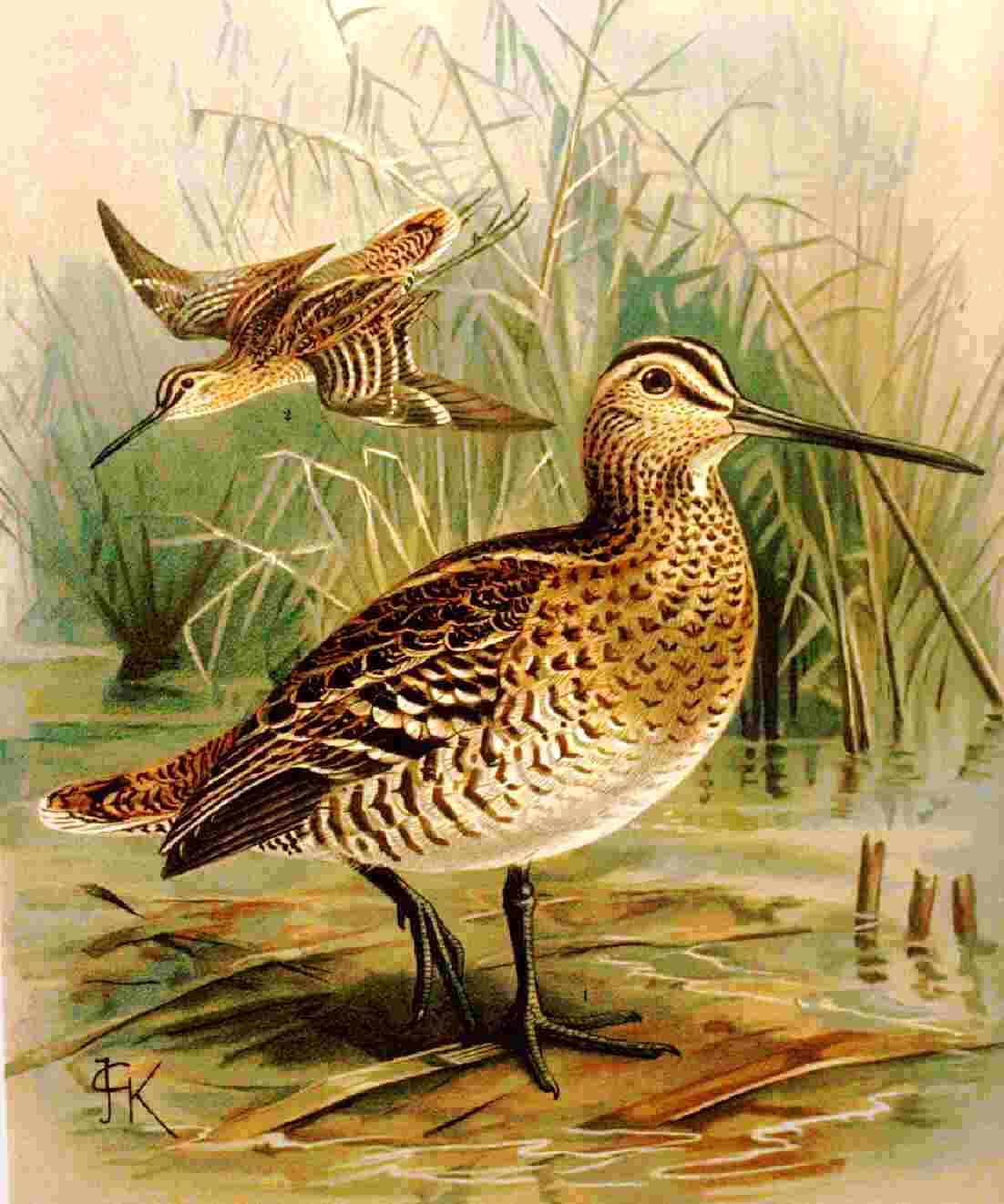 Description –
The Gallinago media is recognized for having a length of 26-30 cm, with a wingspan of 43-50 cm.
Juveniles are very similar to adults which are only slightly larger and indistinguishable from each other, but much bulkier, than the common snipe and have a shorter bill.
The head has a cream color with two large dark stripes starting from the beak and passing over the eyes reaching the nape of the neck. Another brown streak starts from the beak and reaches the nape of the neck and finally two other less marked ones are under the eyes. The chest is cream with thick brown streaks that fade towards the white abdomen and the flanks are white with evident black stripes. The wings above are brown with thin white trappings (but not on the trailing edge), while below they appear quite uniformly dark brown-gray. The beak is gray-green and fades to black towards the tip. The legs are greenish.

Biology –
The males of the Great snipe, during the breeding season, at sunset, perform in a pose, standing erect with the swollen chest and the fan tail.
They can blow up and produce a variety of sounds, clicks, buzzes and whistles.
After mating, the females lay three to four eggs which are laid in a nest well hidden on the ground.

Ecological Role –
The Great snipe feed, probing the soft mud, or collecting the food in sight, mainly of annelids, earthworms in particular, but does not disdain molluscs, aquatic insects and their larvae and also seeds of aquatic plants.
These are difficult birds to see, being well camouflaged in their habitat.
They are also known for their fast, uninterrupted flight capabilities over huge distances. They can fly up to 97 km. Some examples were recorded with non-stop flights for 84 hours over 6,760 km.
Their wings are not particularly aerodynamic, they lack pointed tips and generally, during long flights, they do not stop to feed despite having opportunities, as they rely on their fat reserves.
Regarding their status, in 2012, it is estimated that there were between 15,000 and 40,000 specimens in Scandinavia and between 450,000 and 1,000,000 in western Siberia and north-eastern Europe.
Unfortunately, the species is undergoing a population decline, mainly due to habitat loss, as well as hunting in Eastern Europe and its African wintering range. The species is classified by the IUCN as “near threatened”. The Gallinago media is one of the species to which the Agreement on the Conservation of Afro-Eurasian Migratory Waterbirds (AEWA) applies.