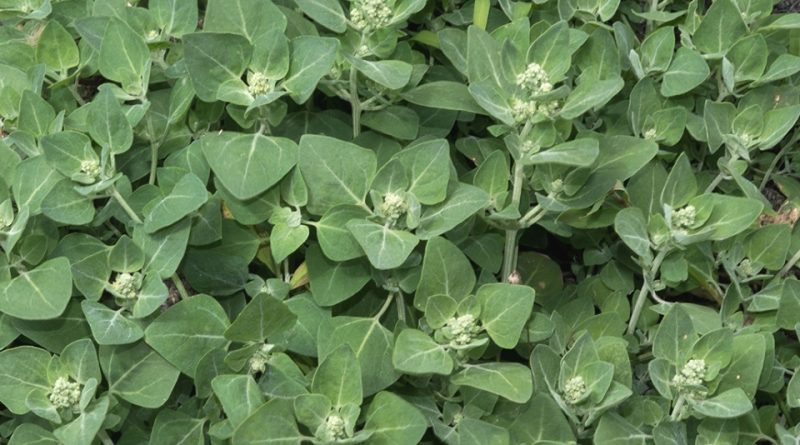 The stinking goosefoot or notchweed (Chenopodium vulvaria L.) is an annual herbaceous species belonging to the Chenopodiaceae family.

Etymology –
The term Chenopodium comes from the Greek χήν chén oca and from πóδιον pódion foot: referring to the shape of the leaves.
The specific vulvar epithet comes from the vulva female sexual organ: in reference to the bad smell emanating from the plant.

Geographic Distribution and Habitat –
The stinking goosefoot is an annual plant with a Euro-Mediterranean distribution, although some specimens have been found in Australia, California and in some parts of South America.
The plant is present in all regions of Italy but more frequent in the Center-South.
Its habitat is that of the uncultivated, in stony places, among the rubble, near the roads, on rather primitive and arid soils. In Italy it is present from sea level to about 600 – 800 m in the northern center and up to 1850 m. in Sicily. 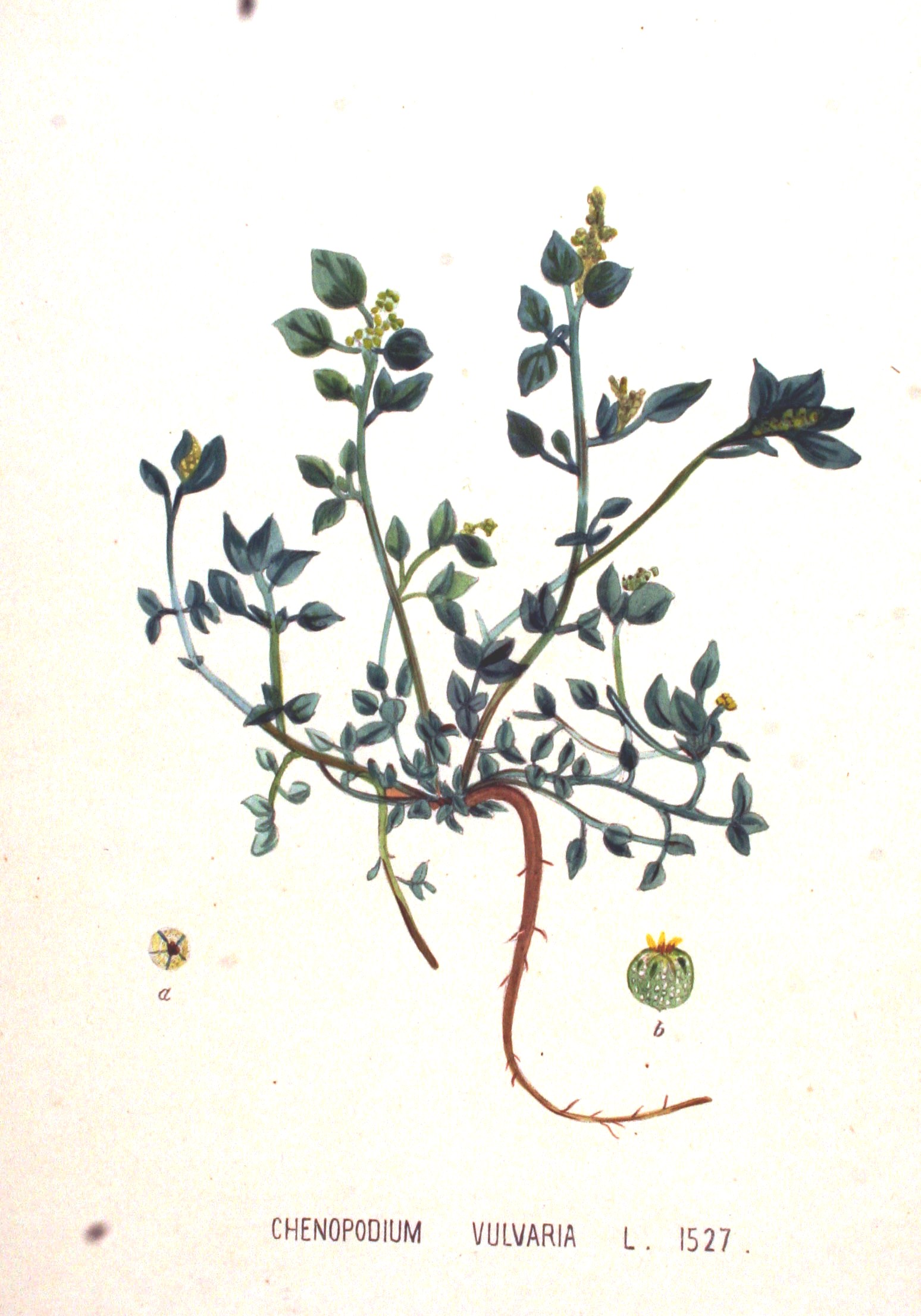 Description –
Chenopodium vulvaria is an annual plant, rarely biennial, herbaceous, with a thin root, prostrate and very branchy stems; the whole plant is white-powdery and reaches heights of 10 ÷ 40 cm.
The leaves are long petiolate, ovate-rhomboid, white floury on both pages with full margin.
The flowers are whitish, hermaphrodite, gathered in short aphille spikes, at the axil of the leaves.
The perianth is formed by 5 sepaloid segments; 5 stamens of the length of the calyx and opposite to the segments of the perianth, round anthers; upper ovary surmounted by a short and bifid style; 2 stigmas.
The antesis is between May and September.
The fruits are greenish utricles (achenes), ovoid, with pericarp not adherent to the seed. Seeds 1-1.5 mm in diameter, horizontal, with a rounded contour and a slightly keeled margin, finely wrinkled, blackish-brown in color.
The plant gives off a nauseating smell, of rotten fish, due to the presence of trimethylamine.

Cultivation –
The stinking goosefoot that grows spontaneously and that does not tolerate competition with other species which makes it grow in arid and stony uncultivated places, among the rubble and at the edge of the roads.

Customs and Traditions –
This plant, known in Italy with the names of: stinking goosefoot , stinking Chenopodio, Brinaiola, Connina is a herbaceous species that gives off a characteristic smell of rotten fish that can remain on hands and clothes for a long time. Among other things, the unpleasant smell of this plant persists on the hands even after washing them vigorously with soap and water.
As mentioned this is due to the presence of trimethylamine but there are also tannic substances, nitrates and potassium and calcium phosphates, ammonium carbonate.
The plant was used in the past as a moderate emmenagogue, mild antispasmodic, mild anthelmintic and anthysteric; there are indications of its use also as an antirheumatic. Today the use of the herb has been abandoned.

Preparation Method –
The uses of this plant, used in the past for various applications, has also been abandoned due to its unpleasant and persistent odor.