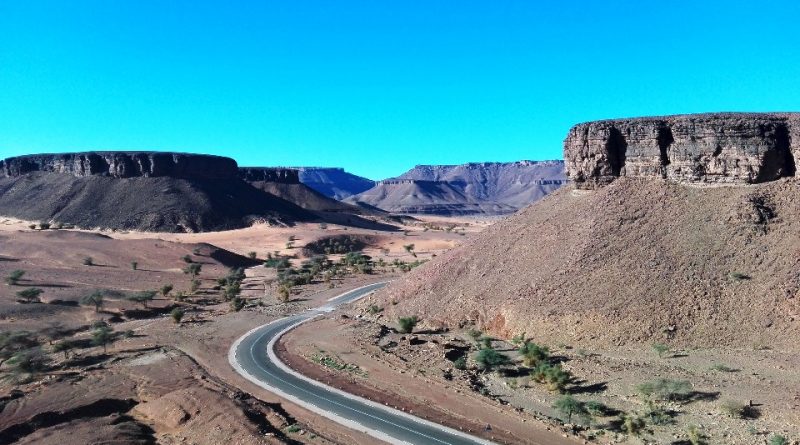 Mauritania (Berber: Cengiṭ or Agawej or Agawec, Arabic: موريتانيا or شنقيط), is a West African state, with a total population (as of 2012) of 3,359,185 inhabitants and an area of ​​1,030,700 km².
The capital of Mauritania is Nouakchott which at the last census (2012) had 881,000 inhabitants.
Mauritania borders Western Sahara to the north, the Atlantic Ocean to the west, Senegal to the southwest, Mali to the south and east, and Algeria to the northeast.
We clarify that it should not be confused with the ancient region of Mauretania. In Mauritania, a non-decimal currency ran. Mauritania is crossed internally by the border between the Arab world and black Africa.
In Mauritania, the socio-economic situation is quite critical since about 45% of the population lives on less than 2 US dollars a day.
It is one of the 77 states where homosexuality is considered a crime, for which the death penalty with public beheading is applied.
The territory of Mauritania is mainly Saharan and Sahelian in the south, its territory is 75% sandy and rocky desert. The main peak is the 915m Kediet ej Jill.
This country located in the north near Zouérate, due to the wild mining exploitation is undergoing a slow erosion. The main mountain massifs, Adrare and Tagant, do not exceed the altitude of 600 m, at their feet there are great plateaus that characterize the northern and eastern part of Mauritania.
The only watercourse is Senegal, which winds for 1440 km inside the Mauritanian border, the others are seasonal waterways (wed). Sebkha de Norhamcha is the largest lake.
As for the summit, there are three climatic regions in Mauritania:
– that of Nouakchott, with maritime influence and constant trade winds;
– the region of the Senegal river with high temperatures for six or seven months of the year (the wetter climate favors the savannah);
– the Saharan region with a torrid climate (temperatures can exceed 45 °) with strong daily temperature variations, in winter night temperatures can approach zero.
Normally, from March to September temperatures tend to increase in inland areas; in March and April there may be sandstorms. From November to February it is very hot during the day but the nights are cool. The rainy season (called hivernage), from July to September, occurs in the form of torrential but short thunderstorms, more significant in the south; in this period the dunes are covered with a light layer of vegetation and the wadis are transformed into streams.
Mauritania, which is roughly twice the size of France, has about 75% of the territory, including the Nouakchott area, consisting of desert, with vast flat expanses interrupted by some rare ridges, rocky plateaus and sand dunes. Furthermore, the desert continues to expand southwards.
One of the highest plateaus (over 500m) is the Adrar, which lies 450km north-east of Nouakchott and includes the towns of Chinguetti and Ouadâne. The Mauritanian highlands are often rich in iron, especially the area of ​​Zouérat, about 200 km north of Chinguetti. The highest peak is Kediet Ijill (915m), near Zouérat. Mauritania has about 700 km of coastline, which includes the Banc d’Arguin. The south of the country is occupied for the most part by scrub land. 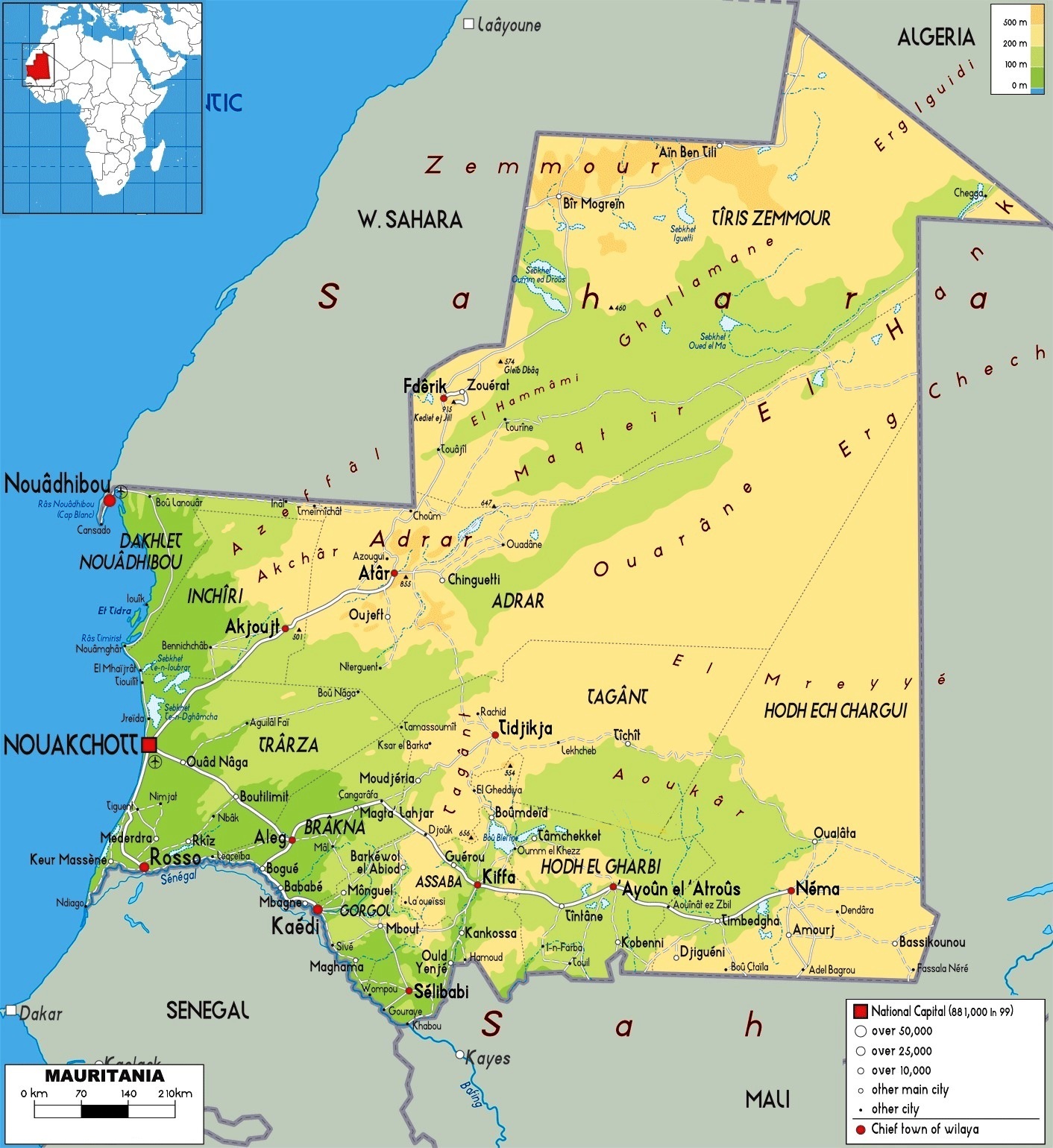 Fauna –
In the desert regions of Mauritania, the camel is the animal that is most easily encountered. Giraffes and lions have long since disappeared, victims of desertification and hunting. An endangered species that can be spotted, if you are lucky, is the monk seal, found off Cap Blanc, near Nouâdhibou.
The fish fauna is also in danger. Overfishing is another sensitive issue. Every day, hundreds of tons of fish are caught off the Mauritanian coast.
Mauritania is a true paradise for bird watchers. Between Nouâdhibou and Nouakchott extends the Parc National du Banc d’Arguin, where hundreds of thousands of birds migrate from Europe in winter. It is one of the most important breeding areas in the world for birds, and is part of the UNESCO World Heritage Sites.

Flora –
Pollution, desertification and over-exploitation of grazing land are the main threats to the country’s environment. Almost 75% of the Mauritanian territory, as mentioned, is made up of desert or semi-desert, which is continuing to advance. Wood has become so scarce that people now use mostly kerosene stoves to cook. Undifferentiated waste disposal is another big problem, although the growth of tourism is also favoring greater sensitivity for environmental protection in the Adrar region.