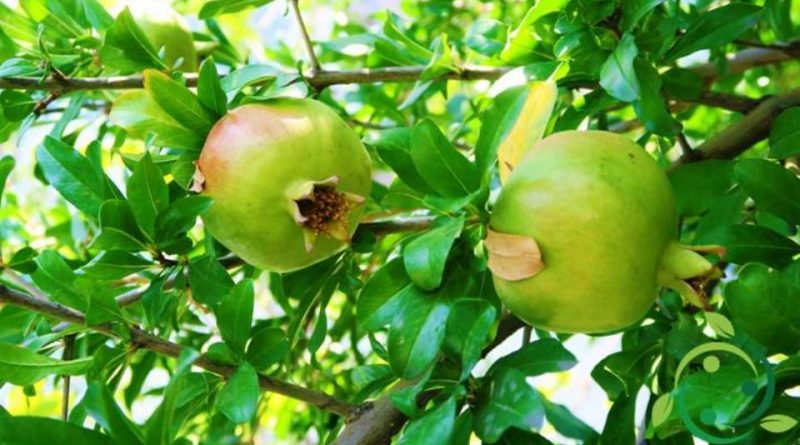 How to prepare a pomegranate cutting

The pomegranate (Punica granatum, L.) is a plant belonging to the Punicaceae family, native to a geographical region ranging from Iran to the Himalayan area of ​​northern India.
This plant has been present since ancient times in the Caucasus and in the entire Mediterranean scrub. The fruit is called pomegranate and has been cultivated for many millennia.
It is a species with high genetic variability for most characters, although the differences between certain cultivars may be small. Pomegranate can be classified according to the acidity of its fruits: sour, sweet-sour or sweet. Some cultivars produce hard seeds, so as to make the fruits not edible and only some varieties are classified as soft seeds and therefore are of commercial interest.
In Italy the cultivars are known: Dente di Cavallo, Neirana, Profeta Partanna, Selinunte, Ragana and Racalmuto, all sour-sweet or sweet, suitable for fresh consumption.
Today the best known variety is Wonderful, which has excellent organoleptic characteristics. The ripening period is October, in the first decade. Of American origin, she was selected in Israel.
The pomegranate lends itself to all multiplication systems, even if the easiest is the one by cuttings as it is able to root fairly easily from the branches, which allows it to be multiplied with the woody cutting technique.
However, remember that if the mother plant is not grafted, the cutting is a good method, because it allows you to obtain a tree with the same characteristics as the parent.
Alternatives to cutting to make new pomegranate plants are also grafting, the partition of lateral suckers and layering.

Cutting period –
The right period for the pomegranate cutting can be at various times of the year, but to have a better chance of success it is best to do it between winter and spring and more precisely when the plant starts to vegetate again.
It should be noted that depending on the climatic zone, the correct month may vary, in many cases the cutting of the branch should be done at the end of February. The cutting is successful even if done in the following months throughout the spring.

To obtain the cutting, it is necessary to start from lignified branches. The ideal branch to reproduce the pomegranate plant must be a fairly young branch, one year old, which is about 20-25 centimeters long.
It is recommended to make a clean cut, using a sharp and clean shears. It is also recommended that the cut be oblique, so as not to leave space on the tree for drops of water to linger.
Once the branch has been cut, and therefore the cutting has been obtained, it is cleaned from any leaves for about three quarters of its length, only two or three leaves should be left at the top to still ensure the minimum necessary photosynthesizing activity.
After cutting the pomegranate branch, immerse the base of the branch in water for a few hours. In this phase, rooting hormones can be used that stimulate the production of roots, generally found on the market in powder form or you can prepare them by hand.
Remember not to use substances that are not chemical products that are not allowed in organic cultivation, however there are rooting of natural origin.
As for the soil, remember that the right substrate for the cutting must be both permeable and draining and rich in nutrients and organic matter. For this reason it is advisable to mix sand and peat with the soil, perhaps even a little earthworm humus; the optimal ratio is two parts of sand and one of organic part.
At this point, the pomegranate cutting must be buried in the pot for about two thirds of its length, essential for the success of the cutting is that there is at least one knot in the underground part and at least one outside.
From this moment we must wait for the branch to start to emit its roots.
In order for the cutting to take root, the right climatic conditions are needed, in particular humidity.
Remember that the ground must be wet frequently, without ever allowing it to dry and it is useful for the air to be humid too.
For this reason it is advisable to put the cutting in a small greenhouse or under a transparent sheet, where it is easier to check that the environment remains humid. However, periodic air recirculation must be guaranteed, to prevent rot.
Another useful precaution is that the temperature must be moderate and without ever increasing or decreasing changes.