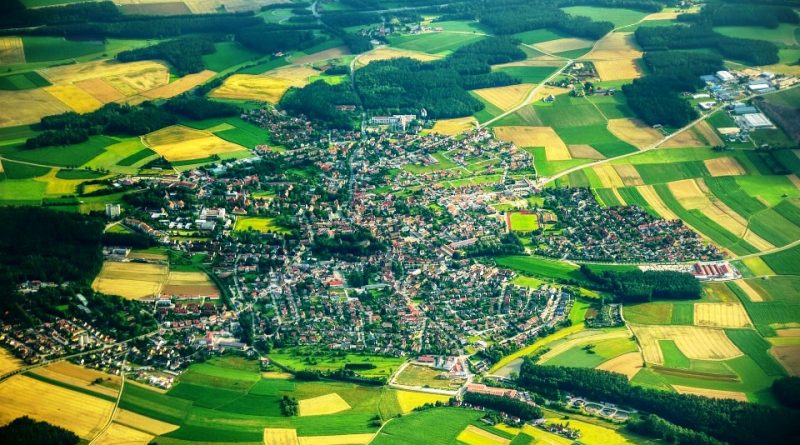 Within the European Green Deal, which is the set of political initiatives carried out by the European Commission with the general objective of achieving climate neutrality in Europe by 2050, we do not only find biodiversity, agroecology, and other issues for a future sustainable.
A very important, even if complementary, role is that of the application of digital technology and all related techniques and practices to reduce the impact of human activities and therefore their ecological footprint.
This consideration became more aware in the aftermath of that turning point linked to the emergency linked to COVID-19.
A pandemic that no one could really predict and perhaps not even imagine. The economic, administrative and productive system has been literally saved by the digital.
A digital not ready for the challenge but at least able to ensure that rear-end collision that avoided even worse damage.
And so, as always happens in history, an emergency has accelerated that change, already underway, linked to the applications of the digital and IT field with which the society, which is being born, will have to comply without forgetting however that, in lack of a synchrony between social ecology and natural ecology, everything is useless and useless.
The civilization that is being born and of which we see only the first hints of a new path will therefore have to conform to this belief: the dematerialization of many activities and the ecological synchronicity of its activities.
A brand new model, to be developed, and which will be subjected to great pressures, linked to the prevaricating interests of economic empires but which has a single path if it does not want to drag with it even those multinationals that, play strength, must understand that with planet, their survival is also at stake.
Among the various issues relating to the relationship between digitization and ecology is that linked to the dynamics and functionality of the public administration but also of private companies
The first impact in terms of sustainability, of course, is the saving of tons of paper which, today, have a heavy impact on ecosystems and their balances.
In this sense, the digitization of documents, in addition to the ecological benefits, will have enormous advantages in terms of economic savings, use and sharing in real time, security.
A digital document is a precious source of data, which can be collected, processed, analyzed and interpreted automatically. In fact, having a digital archive is the first way to establish a different relationship with users / customers; a linear, democratic, sure, lean, fast relationship with a very low environmental impact.
As regards the Public Administration, however, it is more correct to speak of “dematerialisation”: a concept that, in Italy, was introduced in 2005 with the promulgation of the CAD, Digital Administrative Code, and which must follow specific legal requirements .
But digitization does not stop only in the administrative-productive world. It goes beyond and understands and also involves us in our daily life.
Let’s take the construction sector, both public and private.
In a future, which has now begun, we will live in increasingly intelligent and digital homes which, at the same time, will pollute less and less. All this will be made possible by the increasingly widespread diffusion of the IoT (Internet of Things, or connectivity applied to objects). We are not talking about the near future. Quite the contrary. Smart homes are already the present.

In addition, there is the whole side of the so-called “home automation”; therefore digitized systems for lighting, heating, air conditioning, security.
What is important to emphasize is that it is not just about comfort: there is also a fundamental aspect relating to the reduction of consumption, on the one hand, and emissions, on the other.
In a nutshell: with digital you gain efficiency, quality of life and sustainability, in an unprecedented virtuous circle.
These applications, from homes to workplaces, to factories, will lead to what is now called the “Fourth Industrial Revolution” which is based, in fact, on digital and on some pillars: data, first of all. Then the “analytics”, therefore the ability to analyze this information, with the opportunities offered by Artificial Intelligence and Machine Learning. Finally, the gigantic side of human-machine interaction.
All this will amplify the great changes taking place in the way of living cities and in the very way of being cities.
We will gradually arrive at that new concept of the city, known as the “Smart City”: that is, those cities that are increasingly interconnected, in which infrastructures “dialogue” with the citizen, and improve the quality of his life. A more efficient city, on a human scale, with a significant reduction in pollution.
In a Smart City, the impact of the activities and management of the city itself can be reduced by 9/10 with incredible repercussions in terms of energy, system efficiency, and the benefit of living it.
Examples of this type are already in the making. For example the city of Barcelona in Spain.
“A self-sufficient city, made up of productive and human-sized neighborhoods, within a hyper-connected and zero-emission metropolitan area”: ​​this is the definition that can be read in the “Barcelona Smart City Strategy” released in 2013 .
In short, we can say that: digital improves the quality of life of individuals, but also of entire cities. It produces work and wealth. And, at the same time, it has a profoundly positive impact on the environment. Is this the paradigm shift we need to head towards?
Alone is not enough.
You have to connect, or if you prefer, synchronize with the energy patterns of ecosystems.
The great challenge we face today, and in this sense the IUCN (International Union for the Conservation of Nature) is, with each passing day, more and more clear:
– we are fragmenting, and therefore destroying, every day that passes, more and more, the habitats, that is those cells of the world that through ecological osmosis (migratory birds, wildlife, insects, etc.) make the planet Earth live and breathe, allowing even human life.
The real challenge is therefore a digitalization in the synchrony of humanity with the ecology of nature. Cities that do not fragment habitats but reconstruct them, as far as possible; cities that do not interrupt ecological corridors but increase them. City where work, food and enjoyment are one and not Man against Nature.
This concept represents a real Constitution of the Third Millennium.
Outside of this everything is unconstitutional and everything will lead to the end of human life.
We believe that, in the end, despite all the difficulties and the prices to pay, humanity will find the true high road.