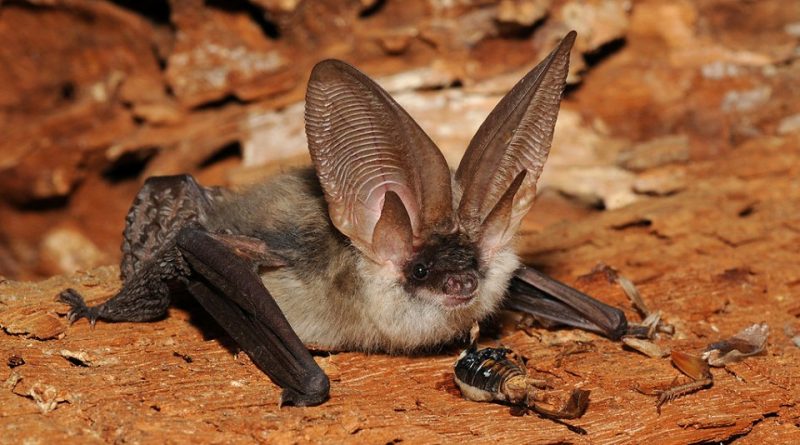 The Grey long-eared bat (Plecotus austriacus J. Fischer, 1829) is a bat belonging to the Vespertilionidae family.

Geographic Distribution and Habitat –
The Grey long-eared bat is a bat widespread in Europe and is present precisely in the central and southern area (to the N up to southern Great Britain and approximately up to the 53rd parallel) and through the Caucasus reaches Palearctic Asia, roughly between the 35th and 45th parallel, up to northern Pakistan, Kashmir, Mongolia and western China; Canaries, Cape Verde, West Africa (Senegal), Mediterranean Africa, East Africa (towards S up to at least 06 ° 40 ‘N latitude, in Eritrea); it is also present in the Balearics, Corsica, the Maltese Islands, Crete and Cyprus.
In Italy it is present on almost the whole territory, including Sicily while there is no news for Sardinia. 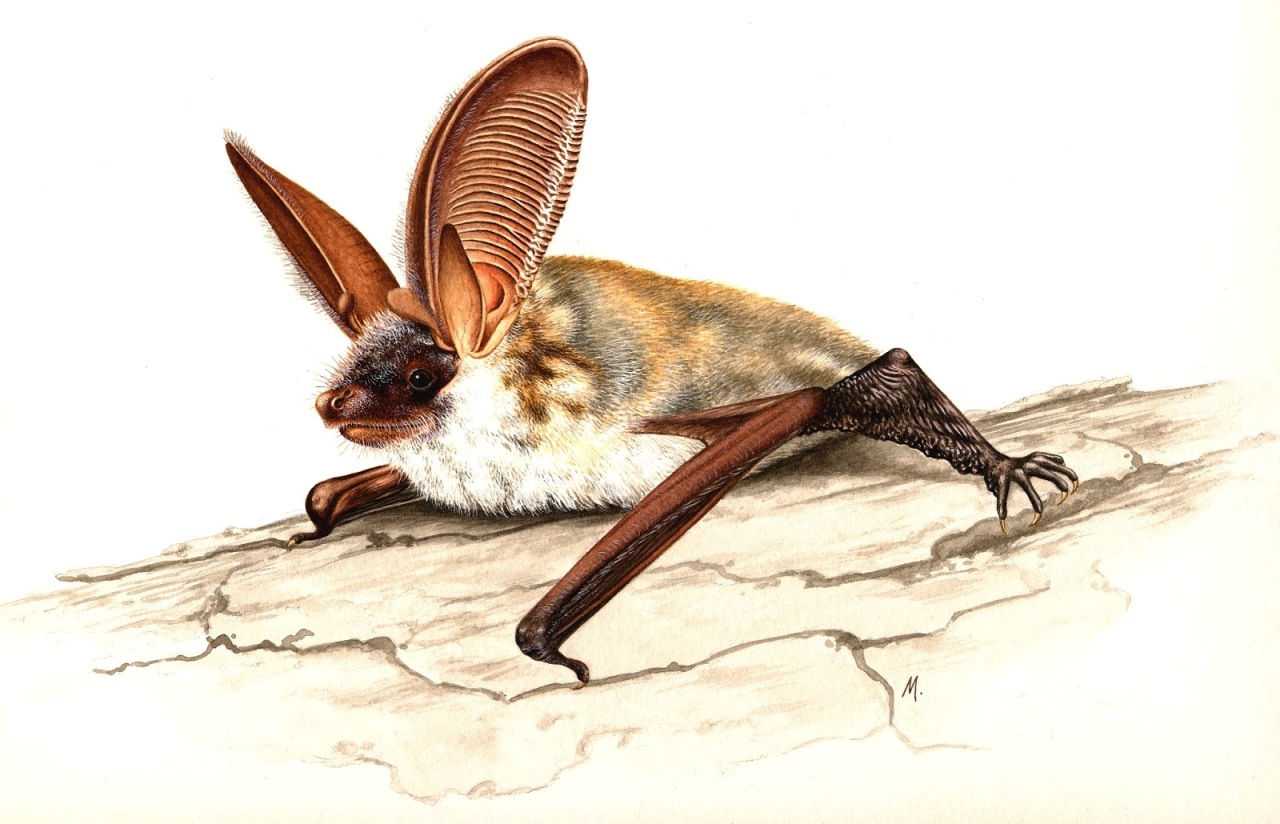 Description –
Plecotus austriacus is a smaller sized bat with a head-body length of 41-58mm, tail length of 37-55mm, wingspan of 25.5-29.2cm, foot length of 7-10mm , ear length of 37-42 mm and for a weight of 5-13 grams.
It is recognized for having a long and soft fur. The dorsal parts are dark gray with darker tips of the hair, while the ventral parts are greyish, sometimes with yellowish reflections. The base of the hair is blackish everywhere. The muzzle is conical and completely covered with dark hair. The ears are huge, compared to the body, oval in shape, blackish, joined on the forehead by a thin skin membrane. The tragus is about half the length of the auricle, tapered and with a blunt end. The wing membranes are dark grayish-brown. The toes are dark brown in color, sprinkled with short brownish hairs and equipped with short claws. The tail is long and completely included in the large uropathia.
This bat emits high duty cycle ultrasounds in the form of short duration pulses at an initial 45 kHz and final 20 kHz modulated frequency.

Biology –
The Grey long-eared bat mates in the period from September to mid-October and the females give birth to only one young at a time in the period from mid to late June. The life expectancy of this bat can be up to 25 and a half years.

Ecological Role –
The Plecotus austriacus finds refuge in the summer period under the roofs and more rarely in caves and other underground cavities.
In the winter period, on the other hand, it prefers natural or artificial underground cavities at temperatures of 2-9 ° C, relatively warmer than the common ear where it forms small groups of 2-5 individuals or overwinters solitary.
This mammal forms nurseries of 10-30, up to 100 females. It is a sedentary species with maximum displacements of 62 km between winter and summer sites.
It feeds mainly on insects and in particular on noctuid lepidoptera and to a lesser extent on diptera.
According to the IUCN Red List, considering the vast range and the presumably large population, although some populations are subject to a decline, Plecotus austriacus is classified as a species with minimal risk.