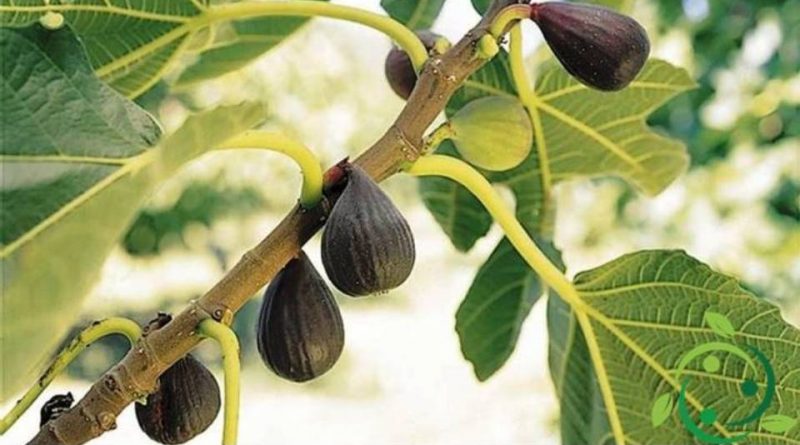 How to prepare a fig cutting

The common fig (Ficus carica L., 1753) is a tree of temperate subtropical origin of the Moraceae family that produces the fruit (more properly the infructescence) called fig.
Let’s clarify immediately that this species has two botanical forms that can be defined as male plants and female plants, since the first (caprific) constitutes the individual that produces the pollen with non-edible fruits, while the second or true fig is the female plant. which produces edible fruits with the seeds contained inside.
In fact, the botanical distinction is much more complex, since in reality the honeysuckle has complete parts in the fruit both for the female part (ovaries suitable for receiving pollen) and for the male part (which produces pollen); the female part, however, is modified by a microscopic wasp (Blastophaga psenes Linnaeus, 1758) which lives in the ovaries (modified in galls) and therefore the female part is sterile.
The honeysuckle plant, due to the wasp, therefore performs exclusively (or almost) a male function, producing pollen (near the opening of the syconium) and making it transported by the wasp it raises; only the females of the wasp swarm out of the fruit carrying the pollen with them. The fruit of the honeysuckle is not edible: it is not succulent nor sweet.
The real fig (edible fig) instead receives the pollen and therefore ripens the seeds that are botanically achenes, or those small grains that are found inside the fruit.
In addition to this natural characteristic, man has selected a great variety of edible figs with possible “parthenocarpic” ripeness, which therefore takes place even if fertilization has not occurred (in this case the grains of the seeds are empty). Most of the figs cultivated by man are of this type, or rather they are called permanent since they remain on the plant even if they are not fertilized, this is to distinguish them from the deciduous ones that in the absence of fertilization fall to the ground immature.
However, the parthenocarpic condition does not exclude fertilization, which is always possible in the presence of the wasp. In fact, with a minimum of attention it is possible to notice, within the same fruiting of parthenocarpic figs, substantial differences in shape, color, internal structure, and above all the presence of full seeds inside the fruits that can signal a possible fertilization. Even if the honeysuckle trees are not nearby, these are often in uncultivated and abandoned land, and the microscopic wasp can reach, helped by the wind, even from several kilometers away.
However, I immediately clarified that the condition of parthenocarpic fig is still important, since it allows to have fruit even where the wasp does not exist (the wasp in fact does not survive in winter temperatures below −9 ° C), the fig plant in a warm environment, dry and with good lignification of the vegetation, during the summer, it can easily survive temperatures of −17, −18 ° C in winter, in which case the possibility of growing fruit figs in colder winter climates is considerably extended.
Some of the most valuable fig varieties are deciduous, that is, they must be compulsorily fertilized, (such as the Turkish variety Smyrna), and are cultivated only where the presence of the life cycle of Blastophaga psenes is perfectly ensured; on the other hand, the fertilization of some parthenocarpic varieties (always possible) may not be desired, given that the fruits produced in this case (with thick skin and drier pulp) may be less appreciated in case of particular uses, such as for example drying.
From the genetic point of view, there is an evident genetic dominance on the part of the male genotype as regards the expression of parthenocarpy in the offspring, that is: only a clearly parthenocarpic male individual produces offspring of this type.

Fig propagation –
Once the complex physiology of fig plants has been clarified, we immediately specify that the domestic fig propagates both by cutting (using 2-3-year-old branches), and by rooted sucker. It can be grafted if you want to change variety (bud or crown graft).
In addition, the cultivars of the caprifico are a few dozen, while those of the domestic fig are several hundred. Many are very old, grown locally, and often little known.
The form of propagation by sucker is also very easy as the fig is a plant that produces many basal suckers and roots very easily, so it is not difficult to exploit these characteristics to obtain new plants to transplant.
The multiplication by cuttings is carried out by taking and rooting a small branch in the earth, while in summer the suckers can be rooted directly near the plant, to obtain new plants.

Propagation of fig by cuttings –
Regarding propagation by cuttings, the fig can be multiplied by cutting a woody branch and putting it in a jar of peat + sand, in a 1: 1 ratio; it is a simple job to do, which requires a few tricks.
The plant born from cuttings will be exactly the same variety as the mother plant and this is important to understand how to bring a fig cultivation to production.
The fig cutting can be done between spring and summer, putting the branch to root in the months between March and July, when the plant has a good vegetative drive.
If you can choose, the ideal is to cut a sprig in March, when the plant is still in vegetative rest but is about to wake up and therefore it will immediately grow by throwing root into the jar.
The mother branch to be taken from the plant must be a 2-3 year old branch, the length to be cut is about 20/25 cm. The branch to make the cutting must have at least one bud.
After cutting it, you have to clean the lower half of the fig branch, removing any leaves, but you have to leave leaves and buds at the top.
The branch is thus placed in a jar, burying about 10 cm in length, in the prepared mixture of soil.
Rooting requires constant temperatures and good humidity, so it is advisable to cover the branches with a plastic sheet or with a bottle cut in half and used as a bell.
Once the cuttings have been implanted, they should be irrigated regularly and aired every now and then to ensure a circulation of air that avoids rot.
Normally it takes about three weeks for the branch to take root, giving life to a new fig plant that can be transplanted.

Multiplication of the fig by suckers –
Since the fig tree often produces suckers at the base, we can also choose to use them to obtain new seedlings.
The most suitable time to multiply the fig through the suckers is in early summer, tying the sucker tightly just above the ground level with an iron wire. It is then necessary to tuck with 20 cm of earth and keep this ground cover at the foot of the sucker wet throughout the summer period, in November the sucker should have rooted and can be taken, obtaining the new fig tree.