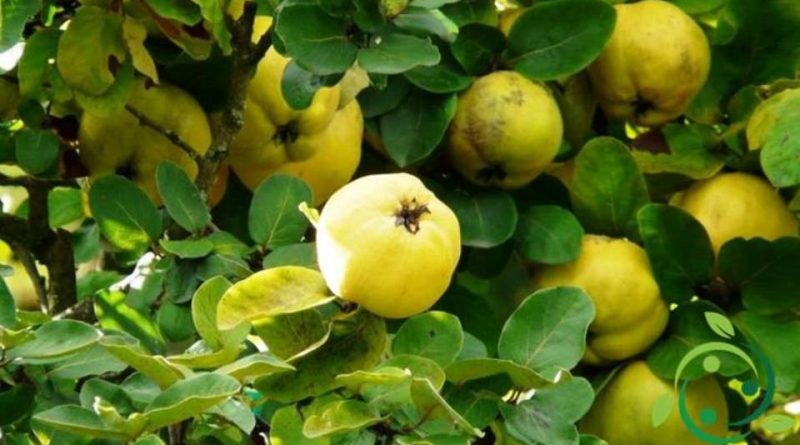 The quince (Cydonia oblonga Mill., 1768) is a fruit tree of the Rosaceae family and is one of the oldest known fruit trees. This plant was cultivated as early as 2000 BC. by the Babylonians, among the Greeks it was considered a sacred fruit to Aphrodite and in Roman times it was well known, being mentioned by Cato, Pliny and Virgil.
The fruits in general are called quinces; in particular, the apple-shaped varieties are called quince apples, while the more elongated ones are called quince pears.
Let us immediately specify that almost all varieties of quince are self-sterile, so in order to have fruiting it is necessary to plant or have at least two different varieties present to pollinate each other.
Furthermore, for more information, it should be noted that plants originating from two different seeds are different varieties, two plants grafted with the same variety are the same clone and therefore are not different varieties.
Some varieties are partially self-fertile and with a single variety production would be limited, so they still benefit from cross-pollination (within a few tens of meters, with other varieties). Given the limited size of quince plants, also governed by appropriate pruning, the quinces find space and are still cultivated in home gardens and orchards.
Unfortunately, the fruit, much consumed until a century ago, has now become a rarity and is considered in the forgotten or minor fruit.
It should also be remembered that given the limited size of the plant and the good grafting affinity, the quince is used as a dwarfing rootstock for the pear tree in industrial crops. Not all pear cultivars are compatible with quince, William for example is not and needs an intermediary, often Butirra Hardy or Passacrassana, which provide the trunk to the plant.

The fruit is edible both cooked and raw. Crudo is sour and hard, while cooked it is very pleasant and sweet.
As far as propagation is concerned, the quince can be multiplied both by seed, by woody cutting and by layering.
Obviously, rootstocks are also used to grow it.
As for seed multiplication, it is very slow and the new plants have genetic characteristics that are completely different from the mother plant.
The multiplication by cuttings is the most used and is carried out in the late autumn period by taking woody cuttings of apical branches of the year about 20 cm long with well sharpened and disinfected shears. The cuts are made below the leaf intersection and always obliquely.
Subsequently the cuttings are put to root in a soft substrate kept constantly humid. It is recommended to prepare a substrate with a sand – peat ratio of 2: 1.
The cuttings should possibly be kept cold in the greenhouse, or failing this, in a well-shaded place and taking care to spray them at least once a day.
The quince cuttings that have taken root, which is evident with the appearance of new shoots, can be planted permanently in the following autumn. To promote rooting, the cuttings must be treated with a little rooting hormone that you can prepare yourself.
Layering can also be usefully used in the propagation of quince.
Layering, like cutting, is a very difficult method of propagation but the new plants will be strong and vigorous and will have the same characteristics as the mother plant as there is no genetic variability.