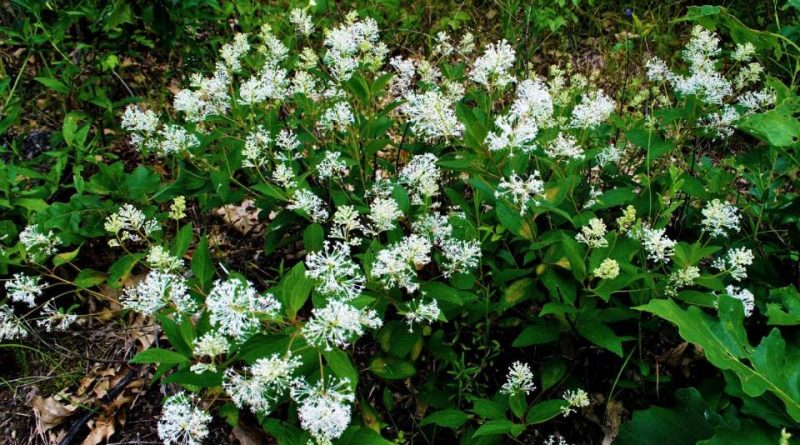 Etymology –
The term Ceanothus was taken up by Linnaeus from the ancient Greek name κεάνοθος keánothos (derived from καίω kaío io brucio and ὠθέω othéo io urto) used by Theophrastus for a thorny plant, perhaps Cirsium arvense.
The specific americanus epithet as it originates from the Americas (Northern, Central and Southern): American.

Geographic Distribution and Habitat –
New Jersey Tea is a shrub native to North America and has a distribution in an area that includes: Canada, Ontario and Quebec. In the United States it is found in Alabama, Arkansas, Connecticut, Delaware, North and Central Florida, Georgia, Illinois, Indiana, Iowa, Kansas, Louisiana, Maine (in Oxford and Penobscot counties), Maryland, Massachusetts, Michigan, Minnesota, Mississippi , Missouri, Nebraska, New Hampshire, New Jersey, New York, North and South Carolina, Ohio, Oklahoma, Pennsylvania, Rhode Island, East and Central Texas, Vermont, West Virginia, Wisconsin and Virginia.
The plant’s habitat is represented by dry plains, grasslands on both rocky and sandy soils. It is often found in clearings or on edges, on the banks of rivers or lakes and on gentle slopes. 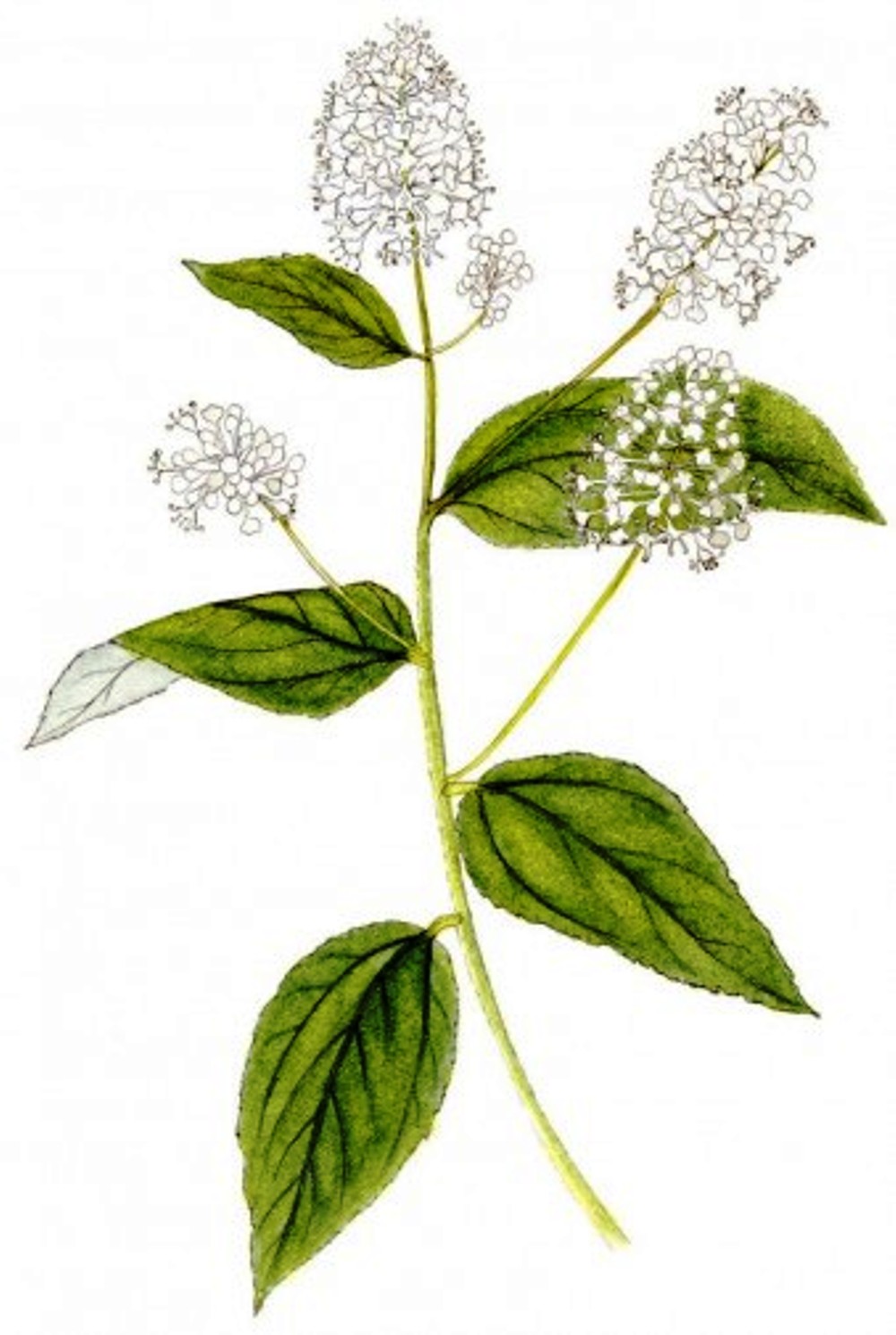 Description –
Ceanothus americanus is a shrub that grows between 0.5 and 1 m in height, with the presence of many thin branches
It has a root system often characterized by fibrous hairs near the surface, but with robust, rough and woody roots that reach deep into the earth: the root systems can develop very naturally to compensate for the effects of repeated exposure to fires.
The flowers are white in color and are carried in lumpy and showy inflorescences on long axillary peduncles.
The fruits are dry, dehiscent and carry seeds in capsules.

Cultivation –
Ceanothus americanus is a spontaneous species, quite widespread in the American continent, and which grows on poor, loose soils and possibly also on the banks of lakes or rivers.
It is a fire resistant plant due to its deep root system.

Customs and Traditions –
The name New Jersey tea was coined during the American Revolution because its leaves were used as a substitute for imported tea.
During the winter in the Ozarks plateau of Missouri, its twigs are sought after as food by local deer and in particular by the Odocoileus virginianus which feeds on them all year round.
The flowers of Ceanothus americanus are used as food by the butterfly larvae of the genus Celastrina, and by Erynnis martialis and Erynnis icelus.
Furthermore, the seeds of this plant are consumed by wild turkeys and quail.
At one time, the roots and bark of the New Jersey tea roots were commonly used by North American Indians for upper respiratory tract infections. These indigenous medicinal practices continue, however, to this day. The leaves have a fresh scent of Canada Tea (Gaultheria procumbens L.) and were later used by white colonists as a tea substitute and stimulant caffeine-free drinks.
The root bark of the plant is nowadays mainly used by herbalists, particularly in remedies for problems with the lymphatic system.
The root contains astringent tannins and a number of peptide alkaloids, including ceanotin A -E, pandamine, zizifine, scutianin and adouetine.
These have a mild hypotensive effect; moreover, the extracts of roots and flowers can also be used as dyes.

Preparation Method –
Both the bark of the root and the roots themselves are used for pharmaceutical purposes, while the leaves are used to prepare a tea-like drink.