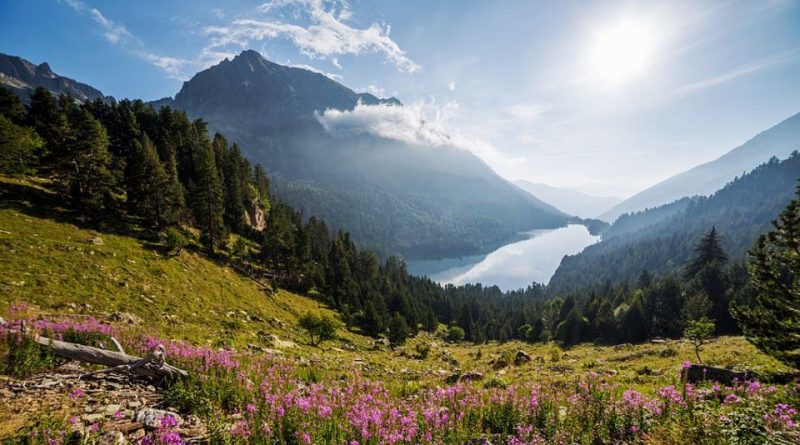 The Aigüestortes i Estany de Sant Maurici National Park, whose Narura 2000 code is: ES0000022 is a Spanish park established in 1955 and having an extension of 408.52 km².
The Aigüestortes i Estany de Sant Maurici National Park is one of the fifteen national parks of the Spanish state and is the only one present in Catalonia.
This park is located within the Pyrenees, together with the Ordesa and Monte Perdido and the French Pyrenees parks, it is an important area for the protection of the main ecosystems that can be discovered in the high Catalan mountains.
Here we find peaks that exceed three thousand meters in height, rivers, ravines, waterfalls and marshes; there are also more than 200 ponds of different shapes and colors and a great diversity of animal and plant species that struggle to survive in a rigorous environment; these create a unique protected natural space in southern Europe.
In this geological area the predominant rocks are: granite and slate; these are very ancient formations, formed during the Paleozoic. These ancient materials were raised from the seabed during the Alpine orogeny, in the Tertiary era, giving rise to the present Pyrenees. But undoubtedly the geological characteristics of the central Pyrenees are due to the successive glaciations of the Quaternary era that covered these mountains with vast glaciers tens of kilometers long. The lakes, waterfalls, sharp peaks, vertiginous ridges and the U-shape of the valleys are an example of the erosive action of these glaciers, of which only a few examples remain today in the Aragonese Pyrenees.
This park is the most important lake area in the Pyrenees. Winter in the high mountain areas is very cold and in the highest parts of the Park, for four months, temperatures do not exceed 0 degrees. Annual rainfall is between 900 mm and 1,300 mm distributed over about 150 days of precipitation. Of these 150 days, at least 100 precipitation is in the form of snow. 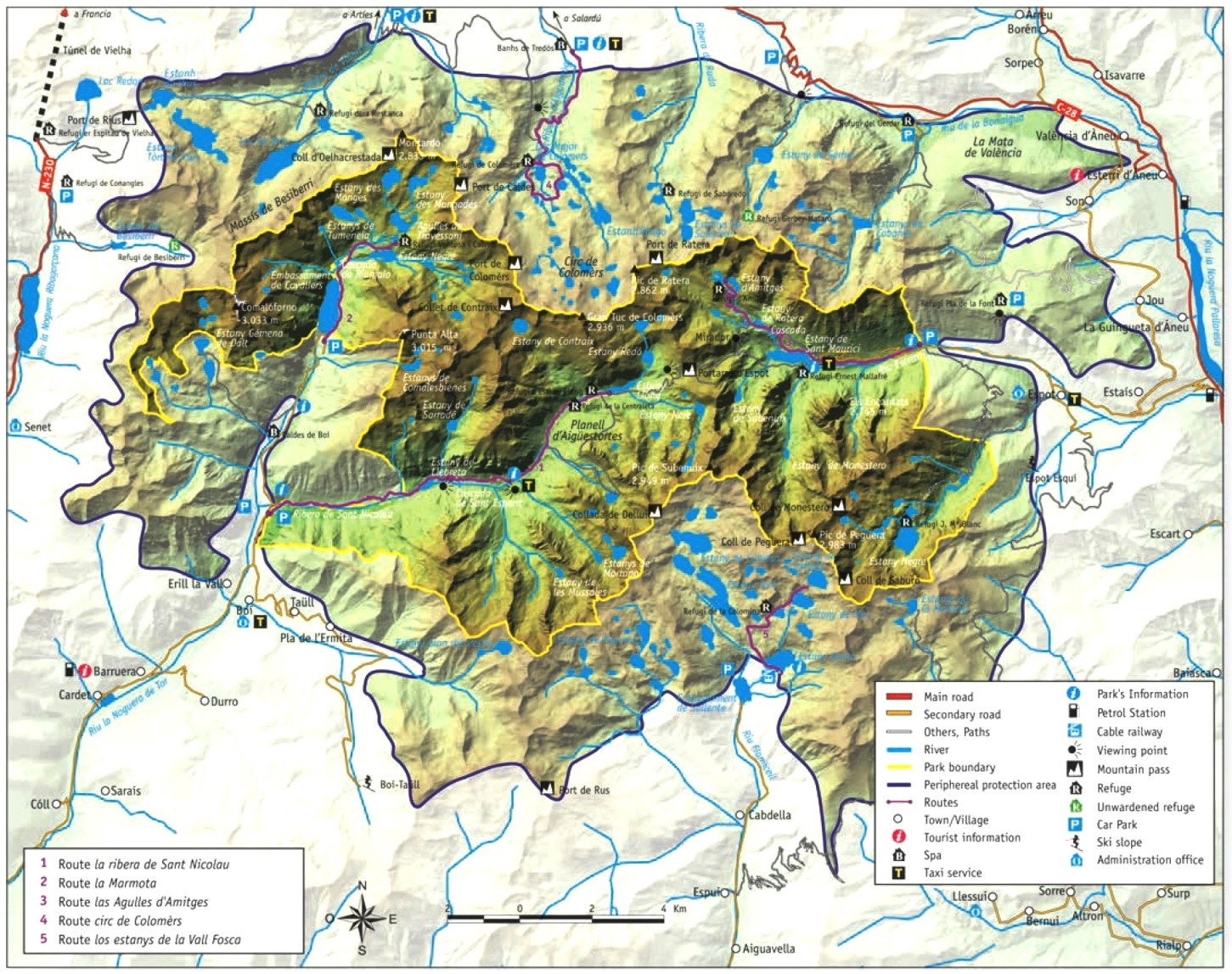 Flora –
Due to its geomorphological characteristics, the Aigüestortes i Estany de Sant Maurici National Park has a great variety of alpine vegetation.
At lower altitudes, in the valleys, between the mountain plain and 1,500 m, there are mainly broad-leaved woods with oaks (Quercus pubescens), ash, beech and hazel. Over the centuries these places have been altered by human action and have been used as a mowing lawn. They are now occupied by meadows mixed with boxwood shrubs and pines.
Above 1,500 m and up to over 2,000 m, the dominant vegetation is the mountain pine (var. Pinus uncinata). Rhododendron and blueberry live in the shrub layer of shaded areas. Bearberry and juniper prefer sunnier places. In the north faces at less than 2000 m, there are important spruce forests. The “Mata de Valencia” is the largest fir forest in the Pyrenees.
In the alpine pastures, above 2,300 m, there are no more woods but you can find many species of high mountain flora such as the alpine gentian, the snow gentian, the burseri gentian, the purple saxifrage or various buttercups.

Fauna –
The park’s fauna is just as complex and very difficult to spot. There are approximately 200 species of vertebrates, of which nearly two thirds are birds. Note the presence of the capercaillie, the golden eagle, the bearded vulture, the griffon vulture, the ptarmigan, the head owl, the black woodpecker and the wallcreeper. There are also passerines such as the jay, the white wagtail, the alpine finch, the common spider, the treecreeper or the black redstart.
Some of the most representative mammals are the Pyrenean chamois, the wild boar, the roe deer, the ermine, the marten, the dormouse, the squirrel. The alpine marmot and fallow deer were introduced during the 20th century. On the banks of the waterways is the Iberian desman.
In addition, the waterways and most of the lakes are populated by common trout that must share space with other non-native fish species, which were introduced years ago by fishermen. Among the amphibians, the Pyrenean newt is significant for its rarity. Conversely, the alpine frog is very common.
Among the most common reptiles we find the rat snake and the viper.