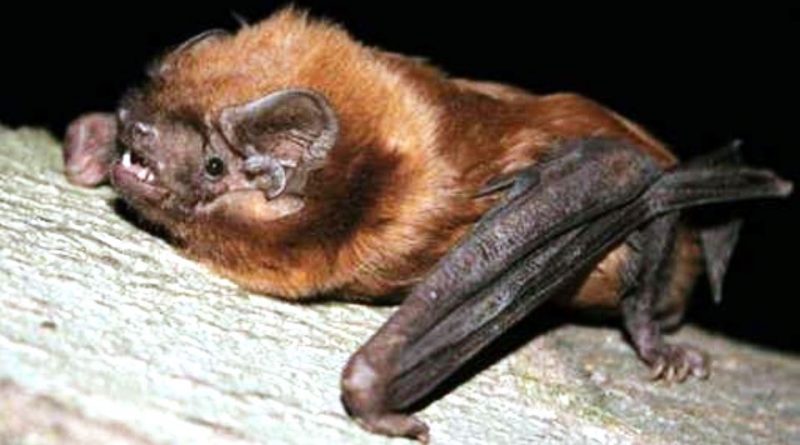 The Greater noctule (Nyctalus lasiopterus Schreber, 1780) is a bat belonging to the Vespertilionidae family.

Geographical Distribution and Habitat –
The Greater noctule is a bat with Palaearctic distribution and present in Europe, with the exception of Ireland, Great Britain and northern regions, from Uzbekistan through the Caucasus, northern Iran (Caspian coast) and Kazakhstan; Morocco and Libya (Cyrenaica).
The species is also present almost everywhere and in the major Mediterranean islands only in Sicily
Its habitat is that of mixed and deciduous forests up to 2,000 meters above sea level. 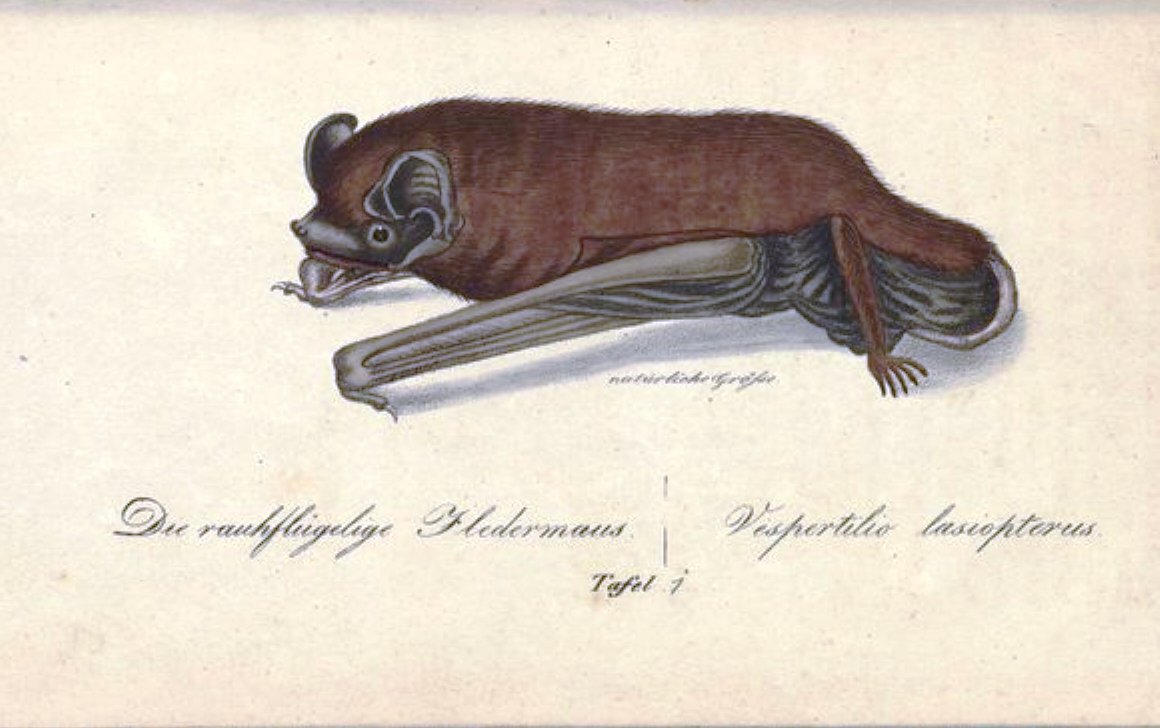 Description –
The Greater noctule is a bat with a head-body length of 84-104 mm, tail length of 55-65 mm, wingspan of 41-46 cm, for a weight of 41-76 grams; it also has a foot length of 13-16 mm, ear length of 18-26 mm.
These dimensions make it the largest European micro-helicopter.
The Nyctalus lasiopterus is also recognized for having a long, dense, shinier fur in spring that extends ventrally up to the height of the elbows and knees.
The dorsal parts are brown-reddish in color, while the ventral parts are lighter. In males the hair on the neck is longer. The muzzle is broad, with two glandular masses on the sides. The ears are short, wide, triangular, well separated from each other and with a rounded end. The posterior margin has 4 folds. The tragus is short and rounded. The wing membranes are dark brown and attached posteriorly on the metatarsals. The tip of the tail extends slightly beyond the large uropatagio, which is covered with hair at the base. The limestone is long and with a wide terminal lobe and equipped with a T-support structure.
This bat emits low duty cycle ultrasound in the form of long lasting pulses at modulated frequency starting at 25.1 kHz, ending at 17.6 kHz and maximum energy at 18.8 kHz. Near the ground, it uses different consecutive signals at alternating frequencies and with at least two harmonics.
The flight is slow and irregular, it can also take it from the ground although with great difficulty and launches itself into the void from the resting sites to gain speed. During the predatory activity it can go up to 30 km from the shelters.

Biology –
The females of Nyctalus lasiopterus reach sexual maturity already at the first year of life.
The mating occurs between September and October, while the birth occurs during the period from the end of June to the month of July, giving birth to one or two babies at a time, which are suckled until early August.
The puppies open their eyes around the week of life, while they become self-sufficient around the month of age (the young are able to fly after 40 days of life), and at this point they abandon their mothers to gather in juvenile colonies.
The longevity of these animals has been estimated around six years.

Ecological role –
The Greater noctule lives in the hollows of trees, especially mature ones, under the dry fronds of palm trees such as the California palm tree, in bat boxes, attics of houses and rocky crevices where it often forms colonies together with other bats such as the common owl and less frequently with the small owl, the dwarf bat and the bat of Nathusius.
In the spring period it tends to form nurseries for up to 66 adult females, while the males tend to live separated in small groups.
This bat then goes into hibernation in the period from December to February.
Migrates from Eastern Europe in the autumn to the southeastern part of its range.
The Greater noctule feeds on insects, especially beetles and moths caught in flight over open spaces near the ground or above the vault of the woods and along the roads. During its nocturnal predations of the autumn and spring period, which it carries out along the migration route, it can catch and devour even small birds such as the robin and the green he in flight, similarly to the other preys that are part of its diet.
Unfortunately, this bat is classified in the IUCN Red List as a vulnerable species (VU) due to the fragmentation of habitats and the loss of shelters due to deforestation.