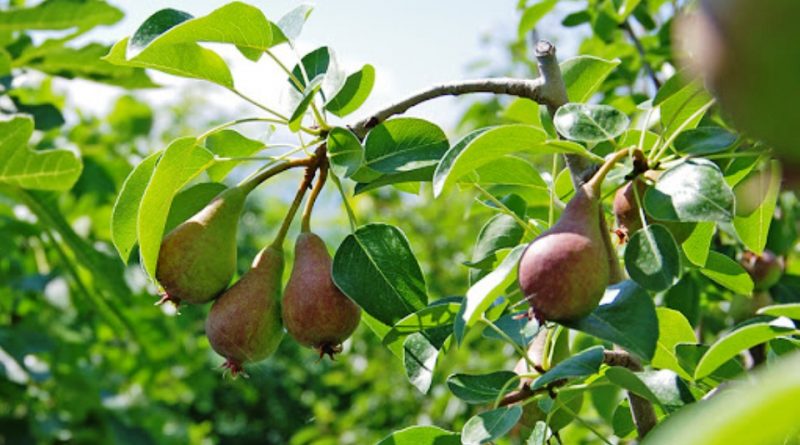 The common pear (Pyrus communis L.) is a native species of central and eastern areas of Europe, and of south-western areas of Asia.
It is a deciduous tree belonging to the Rosaceae family that can reach a height of 20 meters.
For the propagation of the pear by cutting, it must be remembered that this plant is normally grown on rootstocks, according to the most varied soil or climatic needs.
In addition, the pear includes many cultivars among which we remember:
– Etrusca, Coscia, Santa Maria, William, Highland, Conference, Abate fetel, Harrow sweet, resistant to bacterial fire, Dean of the meeting, Kaiser and Passacrassana. Among the aforementioned there are the most used ones to which are added also the early Morettini Butirra, the William Rossa, quite common.
As regards the rootstocks, the francs are distinguished, such as Franco Franc, Fox and Farrold, resistant to OHF, and the selections of quince, such as Ba29, EMC, EMA, Sydo and Adams; the latter are poorly suited to drought and limestone soils, except the former.
Returning to the propagation of the pear tree, this can be done by seed, cutting, air layering, offshoot and micropropagation is rarely used.
However, the propagation of the pear by cuttings can be carried out when some varieties and cultivars are desired to be preserved, which are then believed to be able to also be grown on a free or rootstock basis.
In the pear, the cutting must be taken from parts of woody branches that have buds, leaving at least one leaflet in an apical position and, if possible, one in a basal position.

The cutting must have a maximum length of 15-18 cm, which must be taken with clean cuts and using perfectly sterilized tools.
These cuttings should be placed on substrates obtained by mixing 4 parts of sand (possibly siliceous) with organic soil. On the base of the vases (or the pallets) a few centimeters of very draining material must be placed such as a 1 cm rubble or expanded clay.
Before placing the cuttings in the substrate, they must be immersed in rooting hormones, also obtained by hand.
For the pear tree, the basal heating of the substrate, of a few degrees, is very useful, which allows to greatly improve the success of a better rooting.
To facilitate the difficult phase of rooting, linked to a decompensation between perspiration and the difficulty of the ascent of the processed lymph, you should resort to nebulized environments (excellent in the greenhouse) or frequent nebulizations on the cutting obtained.
During the first 45 days, these must be maintained, moreover, if you do not have a shaded greenhouse in places below plants that allow almost total shading.
The first signs that the cutting is taking root occur with the swelling of the buds, their greening and, subsequently, with the emission of the first leaves.
Once rooted these seedlings must remain in their containers for at least a year before being transplanted.