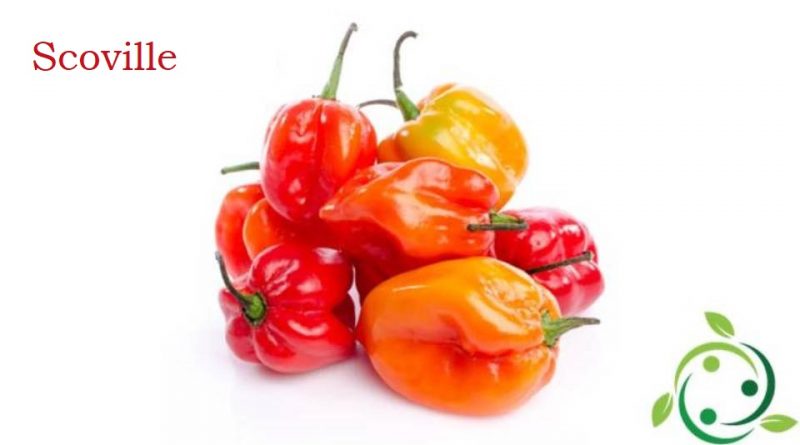 The Scoville scale is a scale that measures the spiciness of chillies.
The fruits of the Capsicum genus contain some substances, called capsaicinoids, of which the most abundant is capsaicin, a chemical compound that stimulates heat receptors VR1 (receptors for vanilloids 1) which are also found on the tongue and cause the known sensation of “heartburn.”
The Scala di Scoville is therefore a scale of spiciness with which it is possible to catalog and classify the peppers by establishing which are the hottest peppers based on their SHU (Scoville Heat Unit) value, calculated through a process called high liquid chromatography performance.
The Scala Scoville is periodically updated, this to assign a position to the new spicy chillies discovered, and to assign the Guinness World Record of spicier chilli.
The number of Scoville units indicates the amount of equivalent capsaicin contained. Many spicy sauces in use in both North and South America indicate their spiciness in Scoville units.
The Scala di Scoville takes its name from its creator: Wilbur Scoville.
Wilbur Lincoln Scoville (Bridgeport, January 22, 1865 – Gainesville, March 10, 1942) was an American chemist known for creating S.O.T. (Scoville Organoleptic Test), which subsequently led to the creation of the Scala di Scoville.
Wilbur Scoville devised the test to measure the spiciness of a chilli pepper in 1912 while working at the pharmaceutical company Parke-Davis. In 1922, Scoville won the Ebert award from the American Pharmaceutical Association and in 1929 he received the Remington Honor Medal.
Originally, the test devised by Scoville, required that a solution of the extract of the chili pepper was diluted in water and sugar until the “burning” was no longer perceptible to a group of tasters (generally 5); the degree of dilution, set at 16,000,000 for pure capsaicin, gave the spiciness value in units of Scoville. The 16,000,000 value for capsaicin was arbitrarily placed by Scoville.
To make a reference of the order of magnitude of this scale, a sweet pepper, which therefore does not contain capsaicin, has a zero value on the Scoville scale; this means that the pepper extract is not spicy even if undiluted.
On the other opposite of the scale, for example Habanero pepper, which is one of the hottest peppers, has a value greater than 300,000 on the Scoville scale: placed 16,000,000 pure capsaicin, it means that Habanero extract has a content of capsaicin equivalent of: 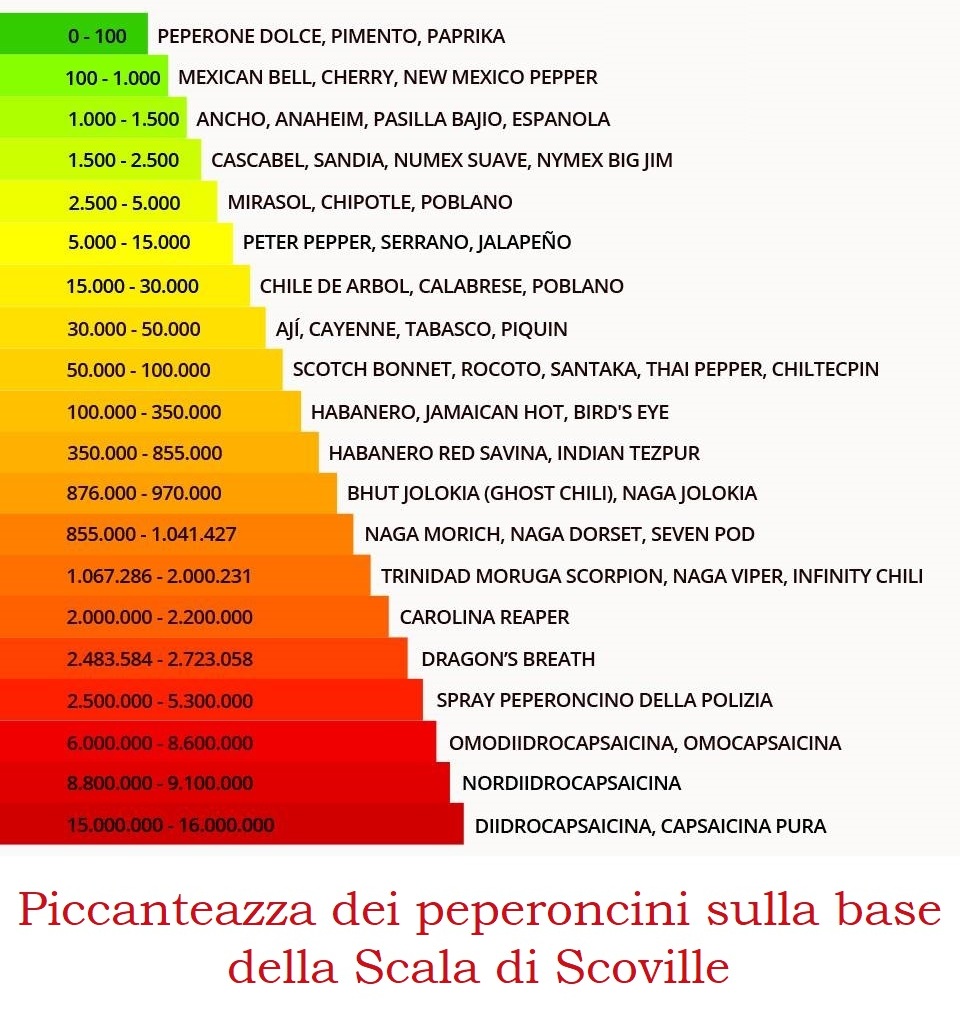 Based on these measurements, the record, recorded in the Guinness Book of Records in December 2013, belongs to the Carolina Reaper with 2,200,000 SHU.
Previously this primacy belonged to the Scorpion of Trinidad, and even earlier to the Naga Viper with 1,382,118 SHU.
To take a little further on the merits of the Scoville Scale, 16 Scoville units are equivalent to a part of capsaicin per million.
The great limitation of the evaluation method is that, although based on an objective scale, the detection depends on human subjectivity.
It was thus that, later, other types of tests were developed, much more sophisticated, such as the HPLC test (High performance liquid chromatography, also known as the “Gillett Method”) which directly measures the amount of capsaicinoids instead of relying on the sensitivity of the ‘man.
Furthermore, the values ​​on the Scoville scale can vary significantly for at least three reasons:
– They vary within the same cultivar, even by a factor of 10 or more, depending on the seed, the climate and the soil;
– The real “Scoville Units” were the result of an organoleptic test, dependent on human sensitivity which also varies by ± 50%;
The HPLC test does not measure the Scoville units directly, but the “ASTA spiciness units”. These are then converted into Scoville units; since the absolute spiciness of capsaicinoids has an error of about 20%, the conversion is also affected. HPLC itself has an error of around 12%.
As a last note, remember that pure capsaicin is a toxic substance whose intake in large quantities can have lethal effects.