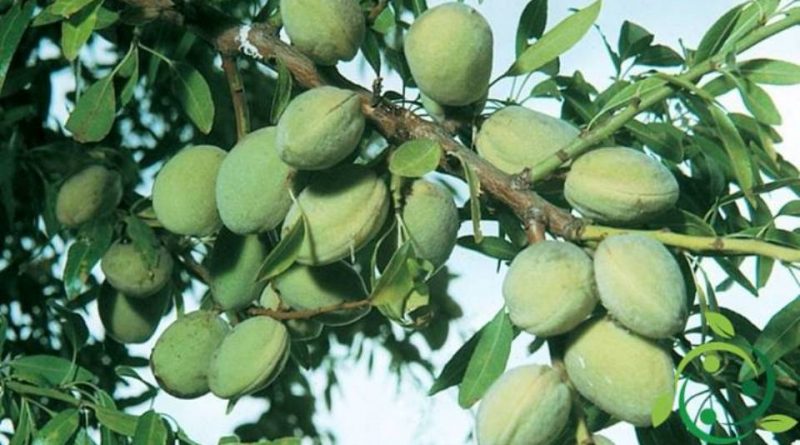 How to prepare an almond cutting

The almond tree (Prunus dulcis (Mill.) D.A. Webb, 1967) is a species that can multiply gamically with the seed and agamically via cutting, air layering and grafting. The propagation by seed is carried out in the autumn, using the drupes of the last harvest: seeds belonging to the bitter varieties are generally used, since they seem to have a greater rusticity.
As regards the propagation by cutting, it is advisable to start from woody cuttings taken, preferably, in the period between September and October.
Another suitable period for sampling and propagation is that of early spring.
The cutting criterion is to use, if possible, woody twigs of one year, or at most two years.
The picking technique involves cutting cuttings a couple of DM under a bud. The cuttings must have a maximum length of 15 cm and, after picked up and cut sharply with previously disinfected tools, they must be placed in their lower part (the one that must root) in a rooting hormone in powder or with one prepared by hand or still enough triturate an aspirin and make it adhere moistened always to the lower part where the cut was made. Dipping in a little honey is also useful for this.

Unlike other tree species, such as cherry or laurel, the almond tree is a fairly strong plant and therefore the cutting is easy enough to root.
Another important factor for the rooting of the cutting is the soil in which it must be placed.
This must be prepared using a mixture of silica sand (in the absence of calcareous sand, too) and dark peat in the ratio of 4: 1.
In addition, a few centimeters of expanded clay or crushed stone with a diameter of one cm should be placed at the base of the jars, as a highly draining substrate, which will avoid dangerous stagnations where they will have to rest the new roots.
After placing the cutting in this soil, care must be taken to water at least twice a day: in the morning and at dusk.
Usually 5-6 weeks are enough to root.
Another important trick is to cover the pot with a transparent plastic bag or if you have a greenhouse where to put the cutting is better still.
It is recommended to keep the humidity around the cutting always high or with repeated nebulizations or, if in the greenhouse, even better.
Even the temperature must never be low but kept around 18-22 ° C to avoid the vegetative blockage and new vegetation.