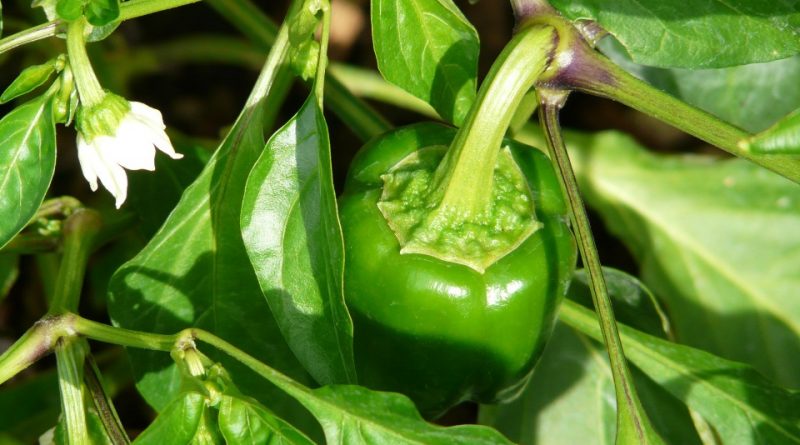 The sweet pepper (Capsicum annuum var. grossum (L.) Sendtn.) is a variety of the pepper and therefore belongs to the Solanaceae family.

Systematic –
From a systematic point of view it belongs to the Eukaryota Domain, Kingdom Plantae, Magnoliophyta Division, Magnoliopsida Class, Subclass Asteridae, Solanales Order, Solanaceae Family and therefore to the Genus Capsicum, to the C. annuum Species and to the C. a. grossum.

Etymology –
The term Capsicum comes from the Greek καψάκιον capsákion small orciolo, for the hollow structure of the fruits in the species of this genus.
The specific epithet annuum is in reference to annual, from annus year, in reference to the duration of the vegetative cycle even if the species of this genus are mainly perennial, but they behave as annuals in climatic conditions different from those of the places of origin and in particular the horticultural varieties cultivated in Europe whose observation suggested the epithet.
The name grossum comes from big, gross, often.

Geographical Distribution and Habitat –
This variety, like others, comes from the Capsicum annuum species, native to southern North America and Central America.
This variety is widely cultivated on all continents and with all the varieties developed over time. 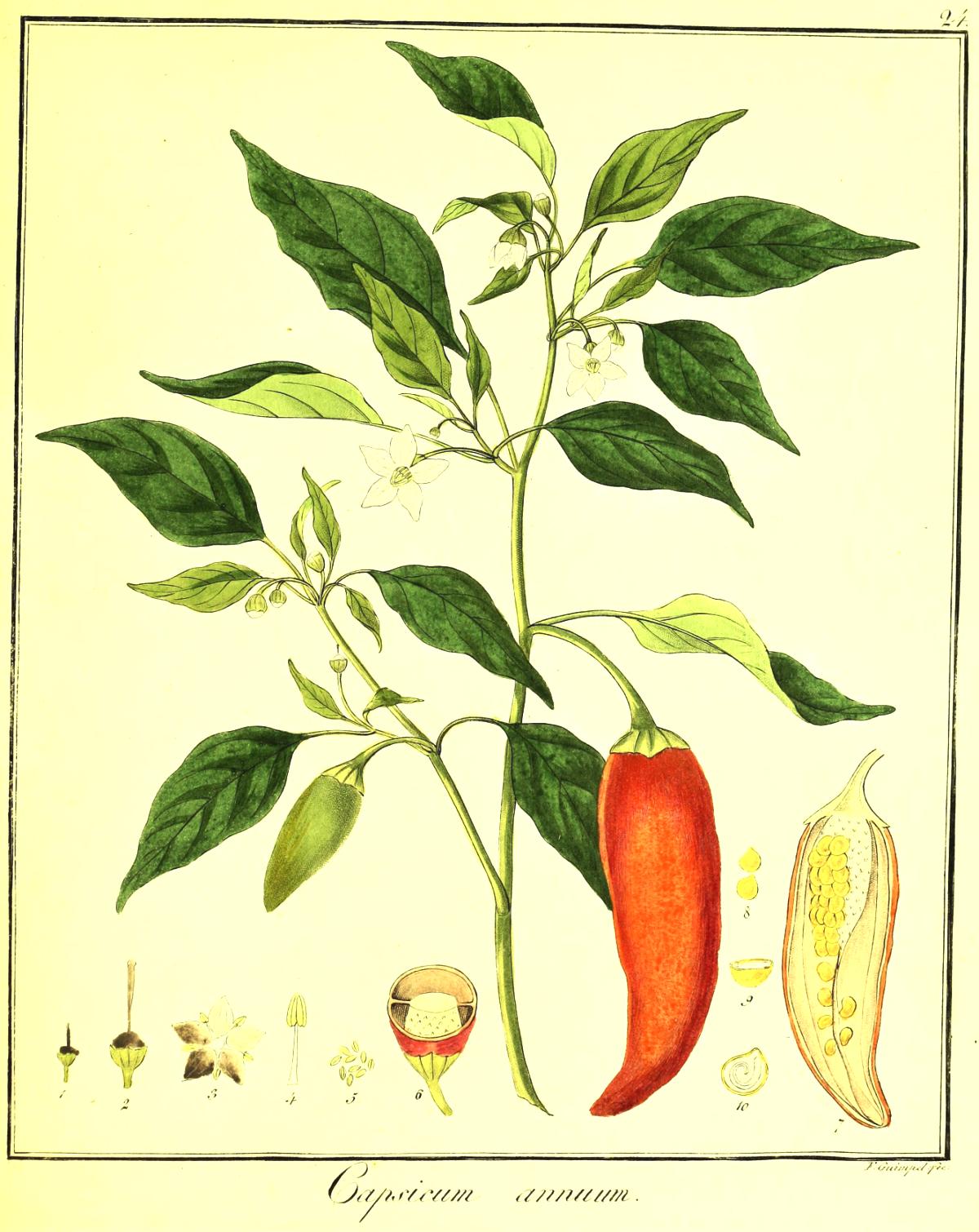 Description –
The Grossum group of Capsicuum annuum is a plant similar to that of the generic species, with erect bearing.
It is a short-lived perennial with spear-shaped dark green leaves.
The flowers are small white in color which in the summer produce cylindrical, ribbed, edible, green colored fruits which when ripe become of different colors ranging from green to yellow, orange or red.

Uses and Traditions –
The sweet pepper is used for its fruits, or rather, berries, first green and then (after ripening) yellow or red according to the variety. It contains a placenta (white film) that binds some light, round and flattened seeds. Just the placenta and the seeds contain the famous spicy active ingredient of the peppers, the strongest in concentration in the peppers: capsaicin.
For the characteristics of this variety, please refer to those of the nominal species.

Method of Preparation –
The peppers, for their vast cultivation and therefore for the different culinary cultures, is cooked and prepared in various ways but, in general, it is added to salads, cooked and raw foods, flavoring drinks, and many preparations.