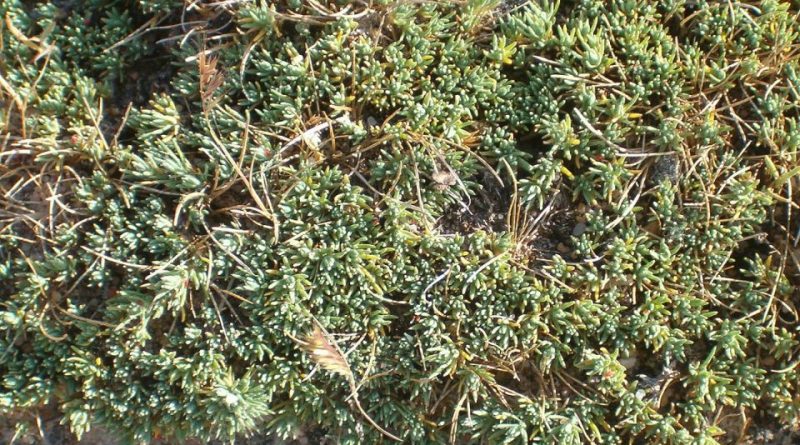 Etymology –
The term Camphorosma comes from camphora which, in turn, comes from the medieval Latin camphora derived from the Arabic al-kafúr and in Sanskrit karpúra: camphor and from the Greek ὀσμή osmé odor, due to the fact that the wrinkled leaves give off the smell of camphor.
The specific monspeliaca epithet comes from Montpellier, a French city of Languedoc in southern France.

Geographical Distribution and Habitat –
Camphorosma monspeliaca is a species of steppe origin with Central Asian-Mediterranean distribution.
In Italy it is present in Veneto, Emilia-Romagna, Tuscany, Molise Puglia, Basilicata, Sicily and Sardinia, while the reports for Liguria and Calabria are doubtful and have not been found in the Marche and Abruzzo for a long time.
Its habitat is that of arid places, even on subsalted soils, usually along the coasts, from sea level, where it is most frequent, up to about 300 m. 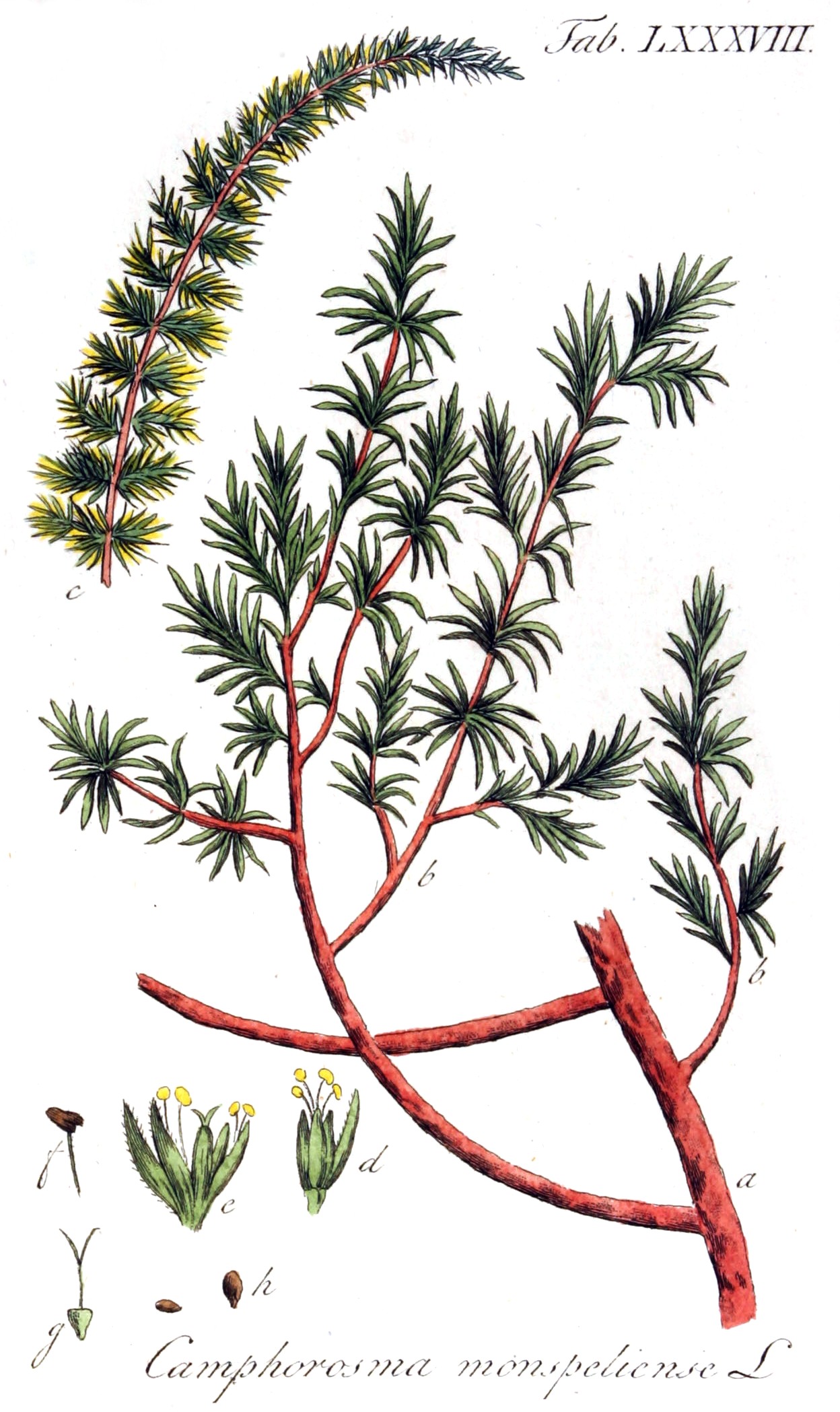 Description –
Camphorosma monspeliaca is a small shrub that grows between 20 and 50 cm, with the smell of camphor.
The stems are woody, prostrate and twisted, with dark bark, with erect, white-pubescent branches.
The leaves are sessile, triangular-lesiniform, 4-6 mm, at the base up to 1 mm wide, gathered in bunches.
The flowers, fragrant, hermaphrodite, greenish in color, are gathered in spikes, with a 2-2.5 mm tubular perianth with 4 teeth, with 4 stamens with long and protruding filaments; reddish-yellow anthers.
The flowering period is June to September.
The fruit is wrapped in perianth, with black seeds.

Cultivation –
Camphorosma monspeliaca is a fruticose perennial plant, in the shape of a small shrub, which grows spontaneously and is widespread especially in coastal areas, where it grows in arid places near the sea or even in clayey and unsalted areas of the interior.

Uses and Traditions –
The leaves of Camphorosma monspeliaca, if wrinkled, give off a slight smell of camphor.
The plant has medicinal properties and can be used as an antiasthmatic, diaphoretic, diuretic, emmenagogue, expectorant, stimulant.
It is a plant distributed over various areas but rather rare due to the fragmentation of its habitat and is pollinated by insects.

Method of Preparation –
The tops of the plant of Camphorosma monspeliaca are used for medicinal purposes.