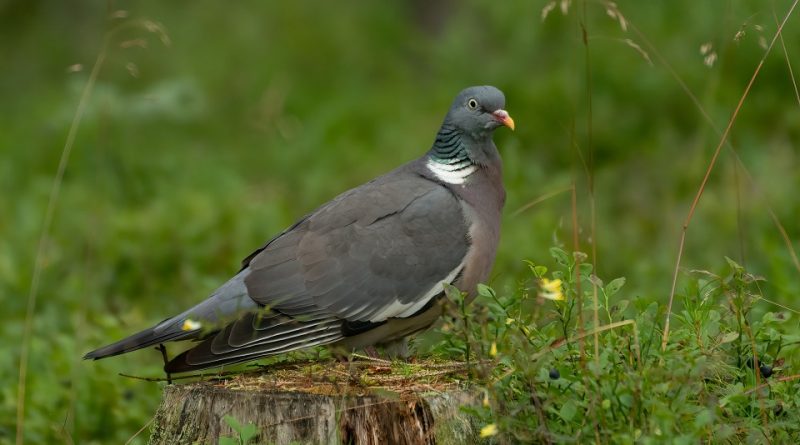 The wood pigeon (Columba palumbus Linnaeus, 1758) is a bird of the Columbidae family.

Geographical Distribution and Habitat –
Columba palumbus is a species widespread in Europe up to 65 ° north latitude, western and southern Asia, northern Africa. In Italy it is a step, winter and sometimes even nesting.
Its habitat is that of forests of any type, especially marginal forests, but also gardens and city parks. 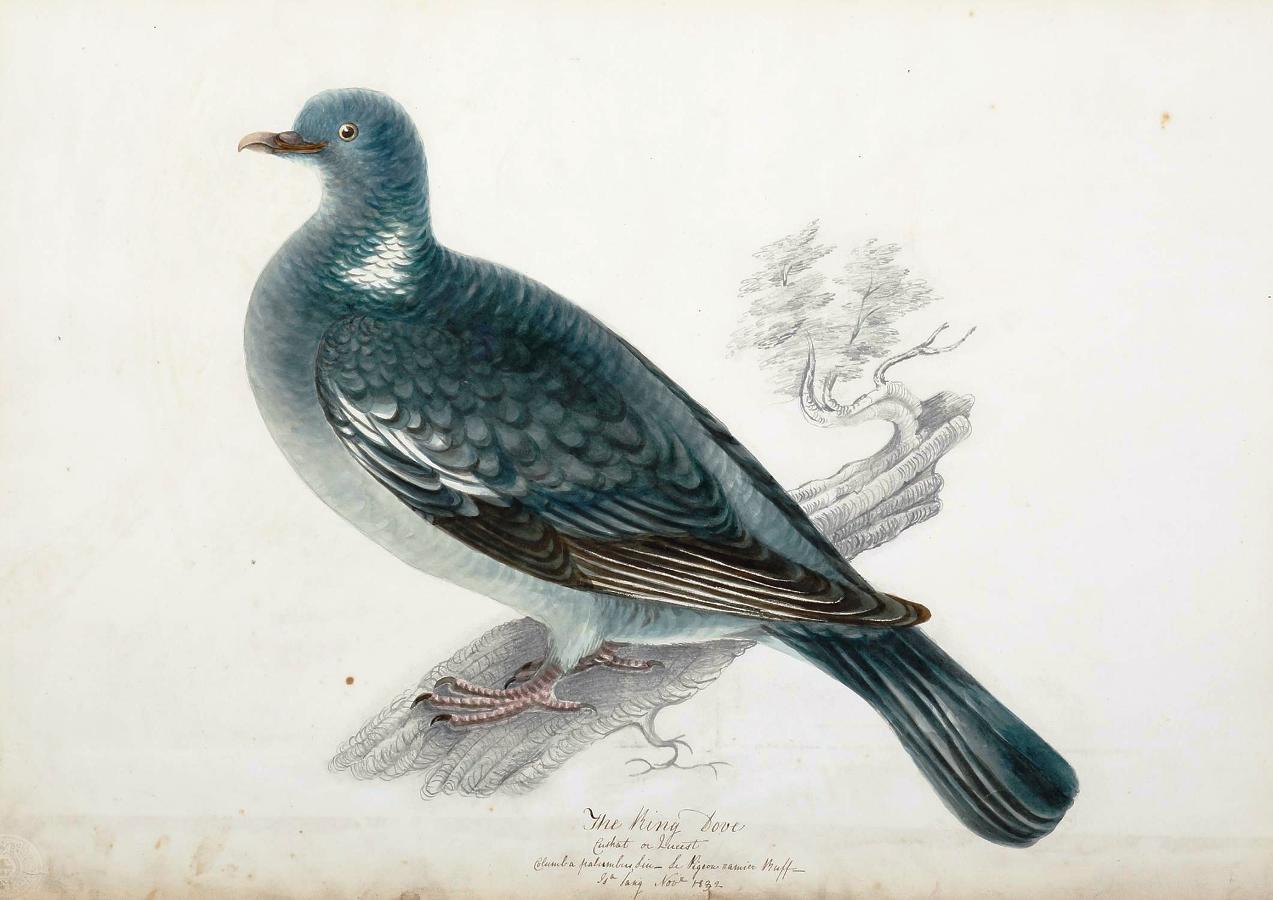 Description –
The wood pigeon is a bird from 40 to 42 cm long and with a weight ranging from 420 to 580 grams, with minimal sexual dimorphism and heavy and massive forms.
Its wingspan ranges from 75 to 80 cm.
The head and back are bluish, the tail and the tip of the wings dark.
The chest is slightly lighter pink-gray. Among the peculiar features are the white spots on the neck (which occur around 4 months of age) and which however do not form a ring. The neck has a greenish color.
During the flight, on the upper part of the wings, white transversal bands can be recognized.
The reference is a very characteristic tubìo, consisting of 5 syllables, of which the last 2 slightly separated from the first three, and with the accent on the second, similar to a “du-dùùùùù-du … du-du”.
This verse is easily confused with the appeal of the turtle dove from the oriental collar for intonation and for the accent on the second syllable, however it stands out because it has 5 syllables instead of 3 and for the more “vibrant” timbre.
The flocks of pigeons during the pass have a precise hierarchical order that occurs mainly during grazing (the youngest on the outside act as sentinels).

Biology –
The wood pigeon is a monogamous bird, whose breeding period begins in March-April with wedding parades.
The female usually prepares the nest on trees or rocky walls, the male carries the material (straw and branches).
Inside the nest 1 or 2 eggs are laid one or two (in some conditions even three) times a year, in the period between March and November, with significant variations from region to region.
The little ones pierce the shell after 17 days and are fed mainly with mash, commonly called pigeon milk, which the parents regurgitate from their beak. The young leave the nest after about 3- 5 weeks.

Ecological role –
The wood pigeon frequents every type of tall forest with clearings and adjacent cultivated areas; coastal countryside and pine forests.
It is a wary and gregarious bird, which has a straight and fast flight. Like all pigeons, it drinks in an unusual way for birds, in fact it drinks by sucking by immersing its beak in the water.
It travels in large flocks in search of food, without dispersing every time an area of ​​pasture runs out.
As regards nutrition, it feeds on seeds, berries, tomatoes, roots and sometimes small invertebrates. In autumn and winter it eats mainly the fruits of the beeches and the acorns of the oaks.
From an ecological point of view, the wood pigeon is not much loved by farmers as large flocks sometimes hit cereal, legume or clover crops, causing great damage.
This bird has adapted well to cities, so much so that it is a frequent visitor of the parks even if it is much more shy than the pigeon.
It is hunted and is highly sought after for the flavor of its meats, which are highly appreciated in the kitchen. It is, however, still a common and numerous species despite the high hunting pressure but exposed to risks related to deforestation and environmental deterioration.