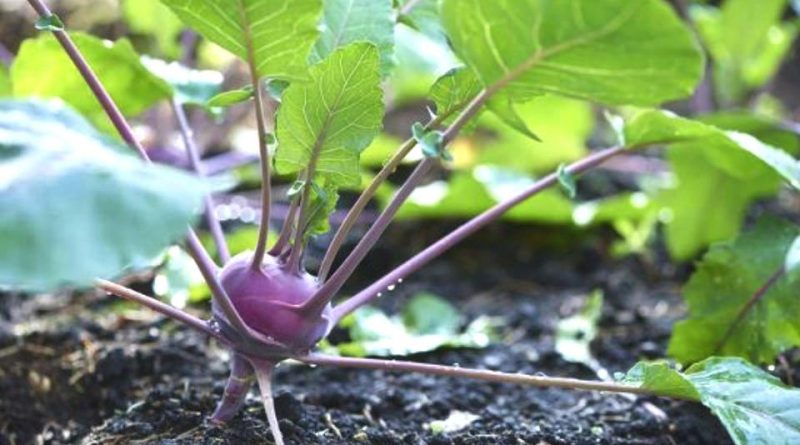 Systematic –
From a systematic point of view it belongs to the Eukaryota Domain, Kingdom Plantae, Subregion Tracheobionta, Division Magnoliophyta, Class Magnoliopsida, Order Capparales, Family Brassicaceae and therefore to the Genus Brassica, to the Species B. oleracea and to the variety B. o. Gongylodes.

Etymology –
The term Brassica comes from brassica, the Latin name of the cabbage described by several authors, attested in the literature starting from Plautus (III-II century BC). The origin of this name is uncertain and has been traced back to Greek or Celtic voices, without totally convincing evidence. Several etymological texts refer to the word Βράσκη braske, according to Hesychius used by the Italics in Magna Grecia to indicate cabbage.
The specific epithet oleracea comes from ólus óleris vegetable: used as a vegetable.
The name gongylodes comes from the Greek γογγύλη gongýle round, rounded and from εἶδος eídos appearance: it corresponds to kohlrabi, Italian name of this variety.

Geographical Distribution and Habitat –
Kohlrabi is a variety of Brassica oleracea, a plant cultivated for a very long time and over the centuries many varieties and cultivars have been selected. The wild form from which all these types originated, including Brassica oleracea L. var. gongylodes, is native to the Atlantic coasts of western Europe. 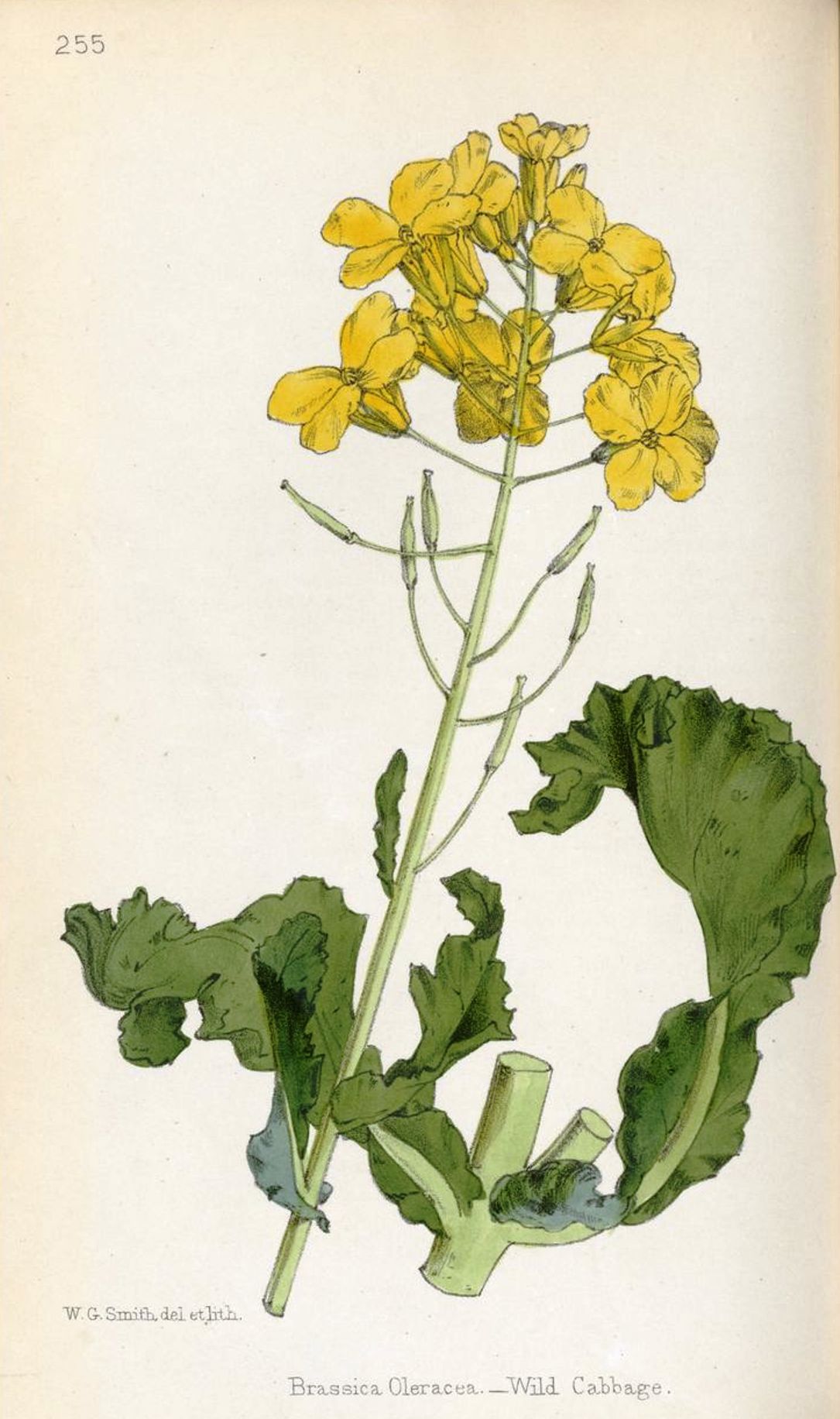 Description –
The differential characteristics of this variety are found in the lower part of the stem (torso) which forms an enlarged globe-shaped, slightly detached from the ground. The torso (improperly called turnip) has a fleshy consistency and constitutes the edible part of the vegetable.
This spherical enlargement of the trunk, at a level slightly raised above the ground, grows on the surface and is not rooted underground as it occurs for tubers. The torso, small in size, can have three colors, white, green or violet. Mistakenly the protuberance can be mistaken for a “turnip” due to the size and appearance apparently similar to this vegetable.
The leaves then develop from enlargement.

Cultivation –
Sowing of kohlrabi takes place in a seedbed in May or June. The transplant in the field of the seedlings is carried out after a couple of months. Harvesting is done in the autumn.
In Italy, the cultivation of this variety is taking hold especially in the Lazio area of ​​the Pontine countryside.

Uses and Traditions –
Kohlrabi is a vegetable that is still little known, but which is becoming increasingly popular on our tables.
Its beneficial properties and its enveloping taste make it suitable for a variety of simple and original recipes.
In addition to the enlarged part (torso), the leaves, which are rich in beneficial properties and excellent in flavor, are also edible.
The kohlrabi besides being really good, consumed both cold, steamed and in a pan, is really healthy and vitaminic. In fact, it has a higher value of vitamin C than that contained in an orange and is therefore an excellent ally for sports.

Method of Preparation –
There are different ways to prepare kohlrabi but, in general, it can be eaten raw (in the preparation of salads), steamed or boiled, or stewed in a pan with oil (or butter), garlic and other spices. The leaves that were traditionally used as forage are edible and also prepared in the form of vegetables.