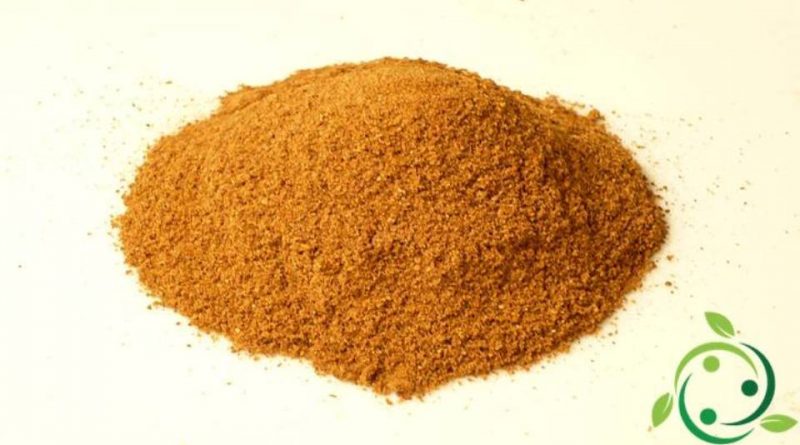 Mitmita is a mixture of spices, in powder, originating in Ethiopia that uses piri piri peppers (also known as African devils) among the basic ingredients.

Origins and History –
Mitmita is a mixture of spices typical of Ethiopian and Eritrean cuisine. In this blend the most characterizing ingredient are the chillies which, to make an authentic mitmite, should be the piri piri, known by various names including that of African bird’s eye.
It is a somewhat spicy blend but perfectly in line with Ethiopian cuisine which, in general, is not for delicate palates.
In fact, the mixture of mitmite spices, orange-red in color, has a warm and persistent aroma and a very strong and pungent spiciness.
As usual, the origin of this mixture is lost in the history of these peoples but is often combined with the need to preserve some foods but also to flavor or “recover” poor foods. Like other spice blends, this too, most likely, arises from the need to enrich popular kitchens made of poor foods.

Description –
Mitmita is a mixture of spices that is presented in a fine powdery form, more or less intense orange color (also depending on the peppers and spices used) in general the ingredients: piri piri pepper (or cayenne), cumin, cardamom, black pepper, garlic, clove, cinnamon, ginger and salt.
Some ingredients can be varied in this composition and there is in fact no official and univocally accepted recipe.

Active principles –
In the Mitmita blend, the nutritional values ​​are linked to the percentages that are used of the individual components which, as is evident, depends very much on the starting raw materials, so there is no standard data sheet of the nutritional values ​​and substances present in this spice.
This is due not so much to the variability of the components, which in the Mitmita mixture are used in somewhat standard percentages, but for the variety of the ingredients and also for the difference in characteristics, often of the spices that make it up as they also come from somewhat cultivation systems different.
Obviously for the composition of the individual spices, please refer to the data sheet.

Properties and Uses –
Mitmita is a mixture of spices, in powder, typical of Ethiopian and Eritrean cuisine which, as mentioned, includes cardamom, cloves, cinnamon, cumin, ginger and African bird’s eye chili. It is basically the spicy version of Berberè.
This mixture is traditionally used together with meat, broad beans, or with bread.
It is a very aromatic spice, orange in color, very spicy.
Among all the recipes with which mitmita is prepared, the simplest is made up of bird’s eye chillies (chillies of African origin), cloves, cardamom and salt. Sometimes cinnamon, cumin and ginger, onion, dried garlic and other variants are also added.
Among the uses of this mixture, it should be remembered that it is used to flavor some dishes raw, for example fava beans or simply as a dressing for injera bread, which in Ethiopia is used to bring food to the mouth. It is also used to marinate pieces of beef (kifto) to be fried or to make a stew (wat) of which there are numerous versions.
A small bowl containing mitmite is always present on the table and replaces the salt.
Furthermore, by adding the mitmite to the Berber mixture, it forms a new mixture called awaze used to marinate meats.

Preparations –
The Mitmita which is, as mentioned, the fundamental ingredient of kifto, a dish based on raw beef minced and marinated with it.
Locally it is also used to make cubes of raw meat and dip them in the spice mixture before bringing them to the mouth.
It can also give an excellent spicy flavor to grilled meat skewers.
This spice mixture can finally be used to flavor stir-fried vegetables and dishes based on beans and legumes in general.
To prepare the mitmita you can choose, in the proportions indicated, the following ingredients:
– spicy red pepper flakes – ½ cups;
– cumin seeds – 2 table spoons;
– green cardamom – 2 table spoons;
– black peppercorns – 1 table spoon;
– allspice in grains – 1 table spoon;
– powdered ginger – 1 table spoon;
– garlic powder – 2 tea spoons;
– cloves – 2 tea spoons;
– salt – 2 tea spoons;
– cinnamon – 1 piece.
For the preparation, it is necessary to finely grind the cloves, the chilli pepper, the peppercorns, the cardamom, the green allspice, the cumin seeds and the piece of cinnamon with a small chopper.
At this point the powder obtained must be sieved in such a way as to retain the larger grains that you will have to grind again until a fine and homogeneous powder is obtained.
Finally, add the salt, ginger and garlic to the powder obtained and mix.
An important warning to follow is to ventilate the kitchen after frying, to free from the spicy fumes developed.