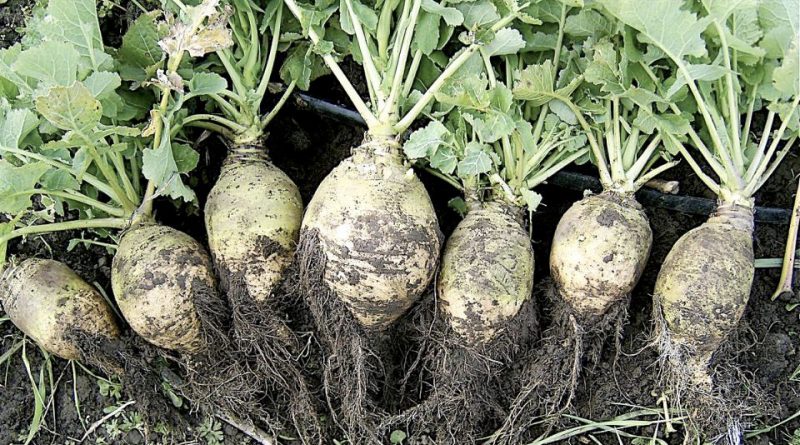 The rutabaga (Brassica napus L. var. Napobrassica (L.) Rchb.) Is a variety of the species Brassica napus, belonging to the Brassicaceae family.

Etymology –
The term Brassica derives from brassica, the Latin name of the cabbage described by several authors, attested in the literature starting from Plautus (III-II century BC). The origin of this name is uncertain and has been traced back to Greek or Celtic voices, without totally convincing evidence. Several etymological texts refer to the word Βράσκη braske, according to Hesychius used by the Italics in Magna Grecia to indicate cabbage.
The specific epithet napus comes from the Latin name of the navone, derived from the Greek νᾶπυ nápu mustard (in Theophrastus).
The name of the Neapolitan variety is derived from the two terms brassica + napus.

Geographical Distribution and Habitat –
This variety is a selected hybrid deriving from the crossing of B. oleracea x B. rapa. 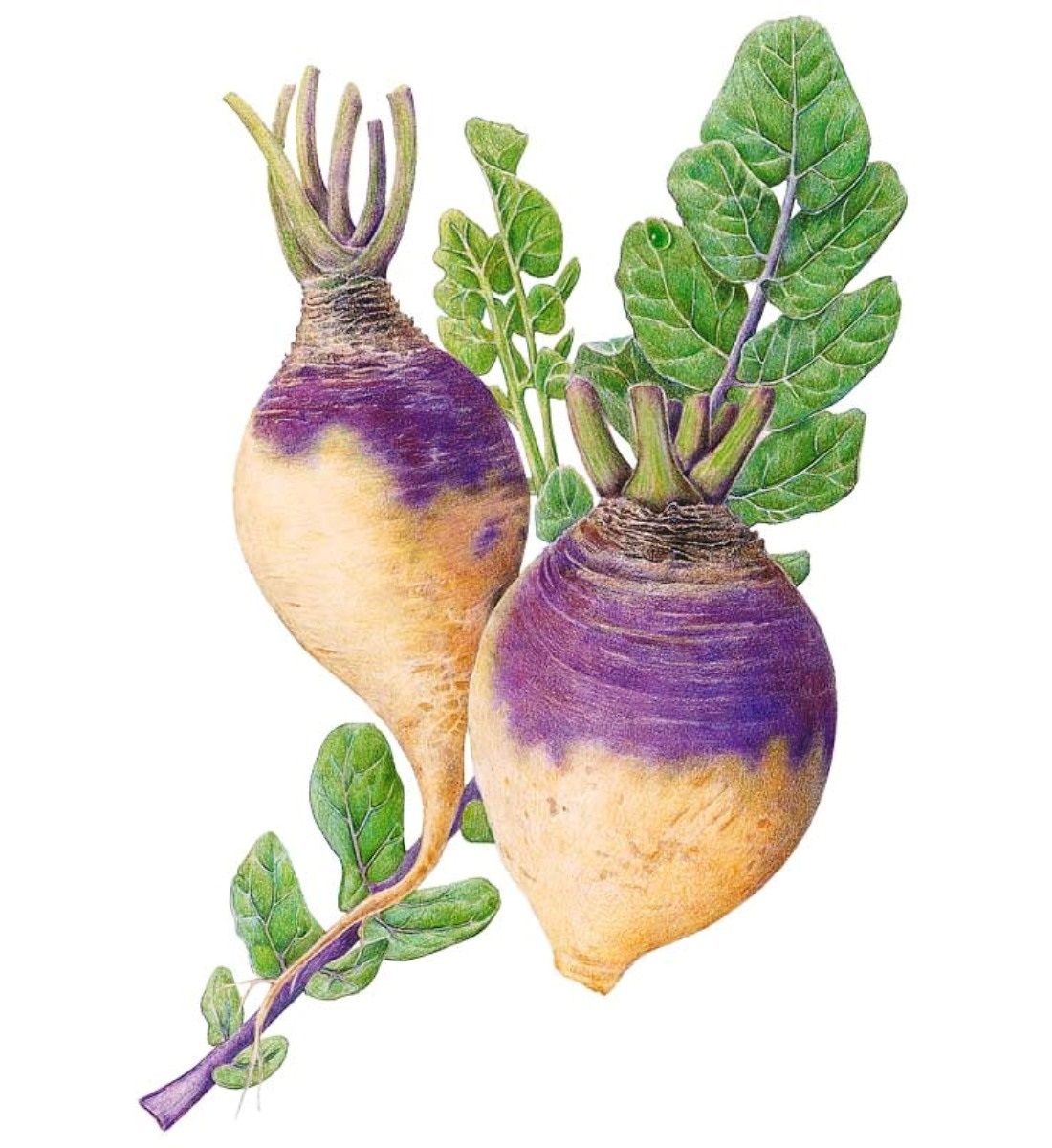 Description –
Brassica napus L. var. napobrassica is characterized by having a fleshy and elongated root, similar to turnips, white, red or yellow.
It has a pulp ranging from white to orange-yellow.
The fruit is a 60-100 x 2.5-4 mm siliqua, sessile, suberetta, attenuated in a 10-16 mm conical beak. Spherical seeds 12-18 (29) per niche, dark brown in color, measuring 1.2-1.8 mm.

Cultivation –
This variety is grown in many parts of the world both for fodder but also for human nutrition.

Uses and Traditions –
Rutabaga represents a selected hybrid, deriving from the crossing of B. oleracea x B. rapa, of which it is one of two cultivars (the other is B. napus var. Oleifera Del. (Rapeseed))
The high content of erucic acid however limits its use for food purposes.
Cooked cooked, it has a sweet and slightly spicy taste, typical of brassicaceae.
From this plant you can get a honey that is mainly produced as “cut” honey to compose honeys that are sold as wildflower.

Method of Preparation –
It can be cooked in the oven, boiled or in foil under the embers. In the Chiampo valley (province of Vicenza), it is traditional to mix the boiled and ground pulp of the swab with the sausage mixture, bagging and thus producing the “cinchona with the rava”.