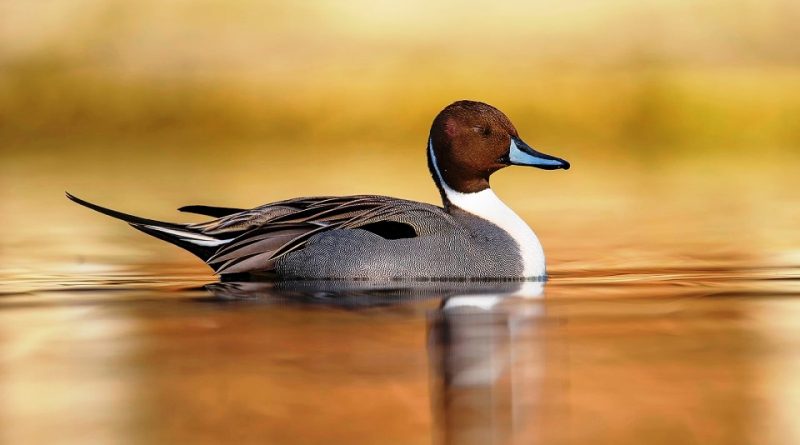 The northern pintail (Anas acuta Linnaeus 1758) is a bird belonging to the Anatidae family.

Systematic –
From a systematic point of view it belongs to the Eukaryota Domain, Animalia Kingdom, Phylum Chordata, Aves Class, Anseriformes Order, Anatidae Family, Anatinae Subfamily, Anatini Tribe and therefore to the Genus Anas and to the Species A. acuta.
The term is synonymous:
– Acute dafila L.

Geographical Distribution and Habitat –
The northern pintail is a bird that occupies a vast range as it is present in Europe, Asia and North America.
It is a migratory species that winters in Africa; in fact during the cold season this anatid migrates south to winter in more temperate regions, covering enormous distances and sometimes going as far as the equator.
Its preferred habitat is that of large open spaces such as estuaries of rivers, lagoons, swampy areas and tundras; it is active mainly in the evening or at night. 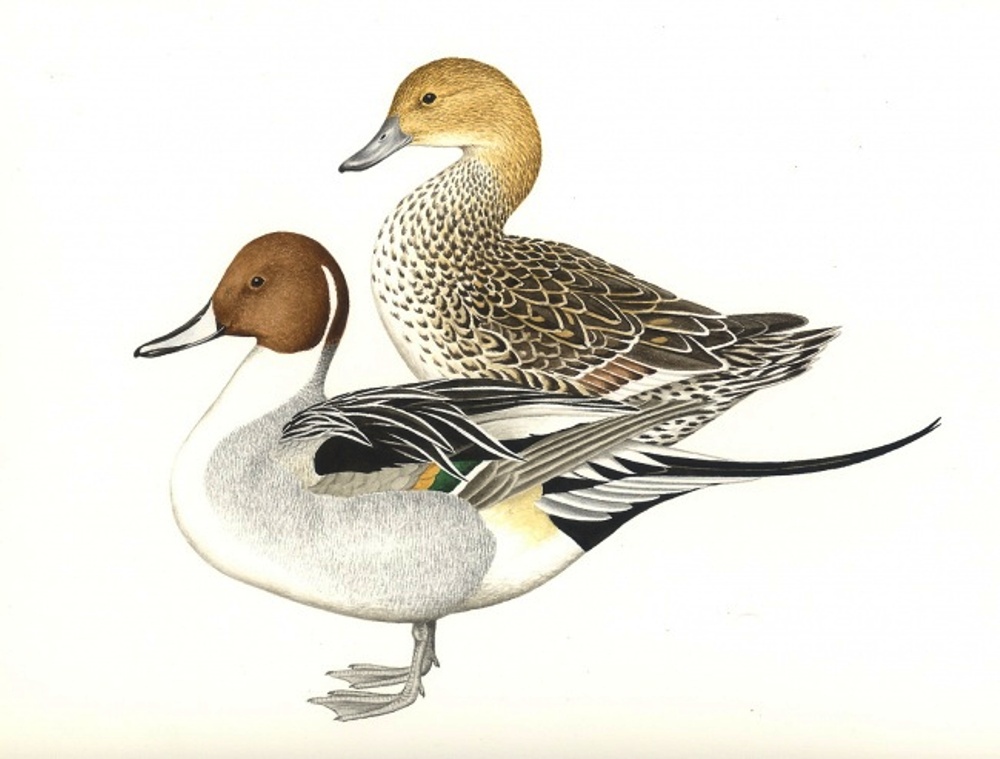 Description –
Anas acuta is a bird with accentuated sexual dimorphism, especially during the reproductive period and with a size that in the adult male ranges from 58 cm to 75 cm in length and from 450 g to 1360 g in weight, in the female it instead ranges from 51 cm to 63 cm long and from 450 g to 1135 g in weight.
The male is recognized for having the head and the part of the neck that goes down to the chocolate colored back.
Throat, sides of the neck, chest and belly are pure white. Back and gray white variegated of fawn. The tail is black. It has a band on the dark green wings with bronzed reflections. Gray-green beak and legs. In eclipse it resembles the female but with a darker head.
The female, on the other hand, has a brown-black coat tending to reddish. The wing band is brown-black-bluish in color, not very evident.
The young specimens are very similar to the females, but the males have the wing band tending to greenish.
Outside the breeding season, male and female, on the other hand, look alike.

Biology –
The biological cycle of this duck begins with the courtship of the male which is characterized by a characteristic movement of the head towards the neck, accompanied by a soft whistle; often there is an aerial continuation of a single female with many males: in the end only one will have the right to mate.
Couples are formed in the winter but reproduction begins in the spring. The females lay seven to ten eggs, with a hatching duration of 23 days.
The nest is built on earth but without being too far from the water; it is made shallow, dug into the ground and bordered with plants.
The chicks will reach their development to be able to fly in 46 – 47 days after birth and the family will stay together until the mother develops the new plumage and regrows the feathers needed to fly, after which she will leave her offspring.

Ecological role –
The northern pintail is a silent duck that lives in groups.
Its diet consists mainly of seeds and aquatic plants; during the nesting period, it also eats aquatic insects, molluscs and crustaceans. It also feeds on cereals such as wheat, rice, wheat, barley and oats found in the countryside.
According to the IUCN, the Anas acuta despite being a bird that, like others, is suffering from the erosion of its habitats, is not currently in danger of extinction.