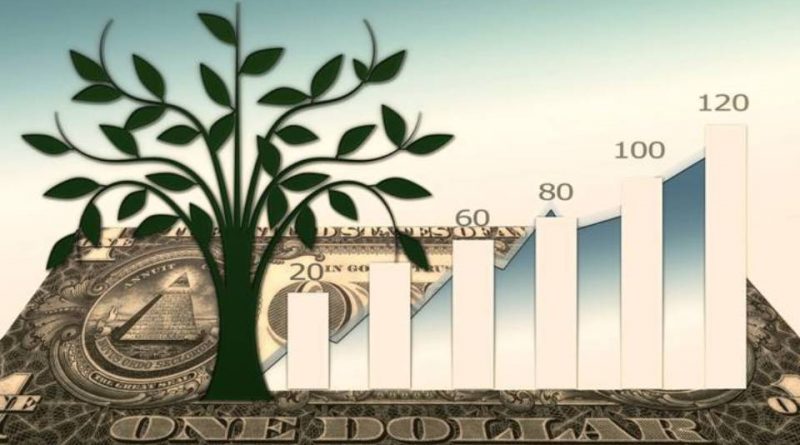 That GDP (Gross Domestic Product) was now an inadequate parameter for measuring a country’s wealth values ​​has long been known. The acceleration linked to social and environmental emergencies (and last, in order of time, COVID – 19), if ever there was a need, made us even more aware of how much the use of certain parameters and finance unanchored from Nature, they belong to an era, unfortunately still present, no longer available and, we hope, a memory to be canceled.
Thus, after years of research, proposals for innovative models have entered a new system for accounting for Nature in Economies: the Gross Ecosystem Product.
According to the recent study “Using gross ecosystem product (GEP) to value nature in decision making”, published in Proceedings of National Academy of Sciences by a team of researchers from the Natural Capital Project, the way we measure economic health is imperfect and misleading .
This is because when we talk about a country’s economic evaluation, it almost always refers to GDP, calculated on the basis of goods and services produced and bought in an economy. But GDP does not take into account many of the benefits that people and economies receive from nature, such as clean water and climate security.
So a team of Chinese, U.S. and British researchers developed a new tool to measure the value of nature’s contributions to economic activity.
The study shows how the Gross Ecosystem Product (GEP) tracks the vital contributions that go from nature to society, informs about investments in their protection and helps evaluate the performance of leaders and policies. In order to calculate and account for the flow of benefits that nature provides to people and create the equation underlying the GEP, the researchers used InVEST, which is an open source mapping and modeling software of the Natural Capital Project. The GEP is calculated parallel to GDP, taking into account and aggregating all the contributions of nature to people in a single monetary metric. These contributions provide a new goal with which to evaluate income and benefits.
This model balances that assessment error that GDP brings to our economic systems every year. In fact, according to Stephen Polasky, of the Department of Applied Economics of the University of Minnesota, in the last 50 years, global GDP has increased by 370% but, at the same time, there has been a progressive degradation of natural capital which is the basis of well-being human.
The launch of the procedures to activate the GEP was triggered by the Chinese Academy of Sciences with an incredible amount of environmental data, necessary to perform the calculations.
The research was led by the director of the Academy’s Center for Ecological Sciences and principal author of the study, Prof. Zhiyun Ouyang, while the Natural Capital Project team used it as a test bed for the new measure of social well-being. -economic, the Chinese province of Qinghai, known as the “water tower of Asia” because, in its territory it houses the springs of the Mekong, Yangtze and Yellow rivers, which supply water to much of China and other countries of Southeast Asia.
The reason for this choice was linked to the issue that Qinghai is a province rich in natural capital, but its GDP does not reflect that value.

Using this new metric, however, the value takes on another meaning since, for example, for the water supply, which Qinghai currently exports to other provinces, it does not receive credit in calculating GDP.
In fact, the downstream people who benefit from Qinghai’s water supply live in the Chinese provinces with the highest GDP and in urban areas, often instead poorer according to the GEP. Thus using GEP, Chinese leaders are integrating “eco-compensation” programs that allow users of downstream water resources to pay for the protection of upstream water sources.
The goal, according to the researchers, is that these types of programs can help alleviate poverty by maintaining the benefits of the fluid ecosystem.
In a nutshell, this new scenario will allow governments that will use the GEP to correct economic policies to assess economic success. So the current system that rewards a growing economy at the expense of the environment will change. In this way, policies will be balanced with a finance that will preserve nature and will no longer attempt to exploit it.
Obviously there is a long way to go to go from this new way of conceiving to the evaluation of Wellness to Politics.
In fact, according to Mary Ruckelshaus, CEO of the Natural Capital Project, the GEP alone is pure metrics, a number; but if used to inform and guide policies, it can be a powerful new tool to change the way we understand and value nature on a global level. If governments are held accountable for GEP reporting, this can incentivize them to make decisions that protect the natural resources on which we all depend.
The concept of the GEP is obviously not new, even in Italy, as in other countries, attempts have been made for some years to implement an Environmental Accounting, to be honest with little success.
The GEP will thus allow Governments to more easily compare options and evaluate compromises between the different conservation decisions. The ultimate goal is to see the successes of its implementation in China applied globally, so that economies around the world track and guarantee the values ​​of nature for society.
It is likely that in five or ten years, we may be able to measure the GEP on a global scale, from a single city to the whole world. There is no doubt that nature has a value, but to protect it, one must be able to measure it.
Furthermore, the replacement of the gross domestic product (GDP) with the gross ecosystem product (GEP) would allow governments to more easily compare the options and evaluate the compromises between the different positions to be taken for conservation.
As a corollary of this good news it seems right to give merit to those who in 1968 had sensed all this; we obviously refer to the prophetic speech made by Robert Kennedy, when on March 18, at the University of Kansas, he gave a very harsh criticism speech on the use of the GDP parameter to measure the wealth of a country: “… the GDP puts into the account special locks for our doors and prisons for those who try to force them. It includes Whitman’s rifle and Speck’s knife, and television programs that enhance violence in order to sell toys to our children. It grows with the production of napalm, missiles and nuclear warheads and only increases when popular slums are rebuilt on their ashes. Includes armored police cars to deal with urban riots. The GDP does not take into account the health of our families, the quality of their education or the joy of their moments of leisure. It does not include the beauty of our poetry, the solidity of family values ​​or the intelligence of our debate. The GDP measures neither our wit, nor our courage, nor our wisdom, nor our knowledge, nor our compassion, nor devotion to our country. Measure everything, in a nutshell, except what makes life truly worth living. It can tell us all about America but not if we can be proud of being American. ”
Three months later Robert Kennedy was killed during his election campaign which would have probably led him to become President of the United States and, therefore, to be a potential enemy of those ancient proponents of an economy that brings neither social nor natural well-being but only great wealth and in the hands of a few.