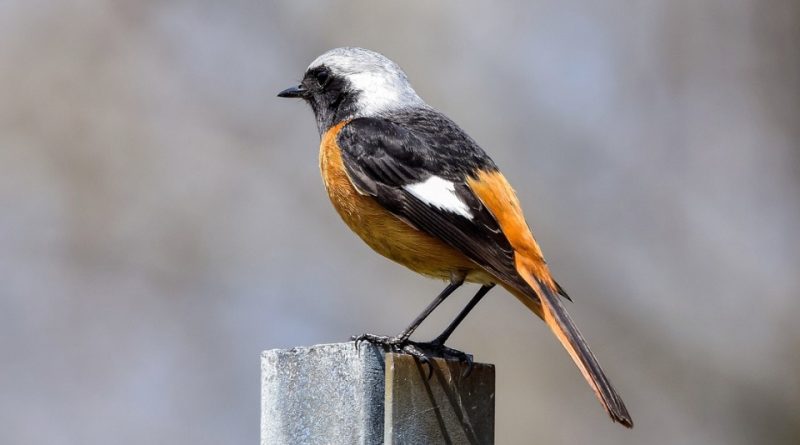 The common rock thrush (Monticola saxatilis, Linnaeus, 1766) is a passerine bird belonging to the Muscicapidae family.

Geographical Distribution and Habitat –
The common rock thrush is a highly migratory bird that nests in southern Europe, throughout Central Asia in northern China. All populations winter in Africa south of the Sahara.
The species is rarer in northern Europe and its range has contracted slightly in recent decades due to the destruction of the habitat.
In Italy it can be found in the breeding season where it frequents mountain areas above 300 meters above sea level, with bare and sunny walls and areas with sparse vegetation. 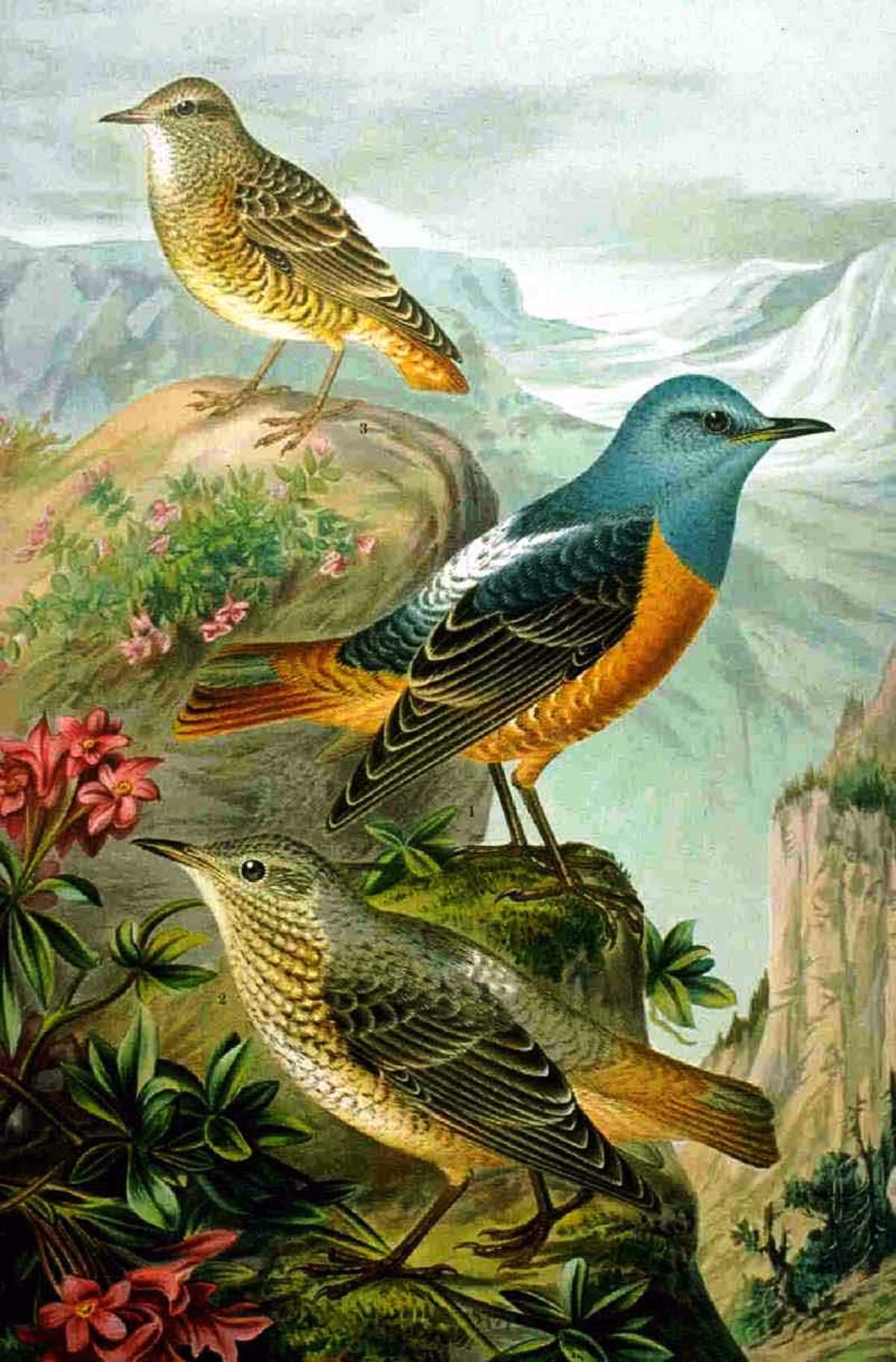 Description –
The common rock thrush is a passerine bird with a length of 19 cm, for an average weight of 55 grams and with evident sexual dimorphism, above all during the reproduction period.
The male has a turquoise head, with dark orange chest and tail, dark wings (almost black) and white rump; the female instead presents itself with a brown color, spotted in the part of the chest and with an orange brown tail. During the winter the male loses the turquoise color and is similar to the female, except for a reddish breast.

Biology –
Monticola saxatilis is a species that nests in late spring, in a period from May to June. It builds a nest between the cracks in the rocks, or in holes that it finds in old country ruins, mainly in dry and open hilly areas, usually above 1500 m.
In this nest it lays 4 or 5 eggs, which will hatch after two weeks of incubation.
Both male and female contribute to the hatching and weaning phase.

Ecological role –
Common rock thrush has a variable diet and according to the seasonal period.
in the warm months it feeds on insects that it procures either on the ground, or directly in flight, in the autumn months its diet is enriched with fruit and other vegetable foods.
According to the IUCN, in Italy, the population area is large (greater than 20000 km², Boitani et al. 2002). The number of mature individuals is estimated at 10000-20000 (BirdLife International 2004, Brichetti & Fracasso 2008) and is in decline which is suspected to be over 30% in three generations. The species is currently threatened by habitat loss mainly due to the increase in the forest area in mountain areas. Also in the Apennines there are strong contractions in the number of breeding pairs in different locations. For these reasons, the Italian population is classified as Vulnerable (VU). The species is in decline in several European countries and stable in others (BirdLife International 2004) and there is no evidence of immigration of new individuals from outside the region. For this reason, the final evaluation remains unchanged.