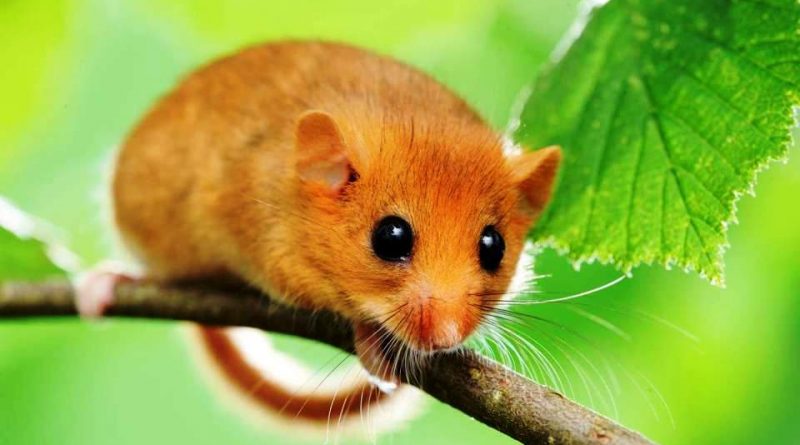 Systematic –
From a systematic point of view it belongs to the Eukaryota Domain, Animalia Kingdom, Phylum Chordata, Mammalia Class, Euarchontoglires Superorder, Rodentia Order, Gliridae Family and therefore to the Genus Muscardinus and to the Species M. avellanarius.

Geographical Distribution and Habitat –
Common dormouse is a small rodent that lives mainly in an area that includes Europe and Asia Minor.
Its distribution includes most of Europe, going from France in the west to the Urals in the east and north to Sweden; the southern limit of the area is represented by Greece and northern Turkey and is present on the island of Corfu. In Italy it is quite common in almost all the territory except Sardinia and western Sicily.
Its habitat is represented by ree with the presence of trees and bushes up to a maximum height of 1500 meters. 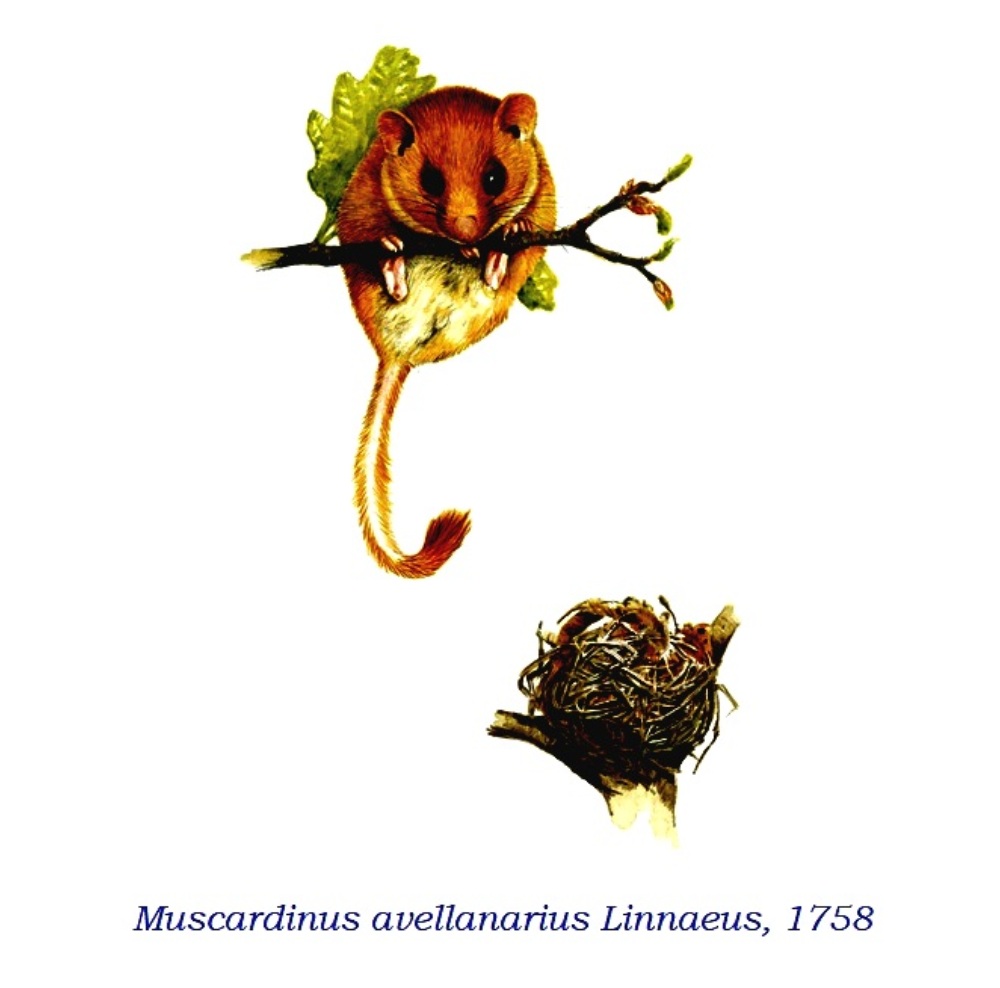 Description –
Muscardinus avellanarius is a rodent with a head-body length of 65-86 mm and a tail length of 55-78 mm, for a weight that oscillates between 15 and 35 grams and, generally with the bigger male than the female.
It is recognized for having a coat that is superiorly of a brownish-yellow, fawn or fawn-yellowish color, while below it is white or yellowish-white.
The eyes are large and dark and the ears short and rounded.
It has short legs, with longer hind legs with 5 toes and 6 plantar pads.
The tail is long, has a medium-short hair regularly distributed.
His verses are: peeps, hisses and puffs.

Biology –
Common dormouse reaches sexual maturity in the year following that of birth. The mating period runs from April to August.
The closed and rounded nest is made up of plant materials and is placed in cavities in the ground, rocks, trees or under wood stacks.
Gestation lasts about 23 days; you can have 1 or 2 parts, with the female giving birth to 2 to 9 small naked and blind.

Ecological role –
Common dormouse has mainly nocturnal habits and hibernates in the period from October-November to March-April.
In winter, the dormouse eats a huge amount of food in order to accumulate a reserve of fat under the skin, finally digs an underground shelter where it crouches like a sphere in order to conserve as much heat as possible. When the outside temperature drops, the dormouse decreases its heart and respiratory rhythm, thus also decreasing its body temperature.
Feeding is nocturnal, when it feeds on fruit (especially hazelnuts and hence the name of the species, avellanarius, hazelnut), berries, acorns and buds but can feed, albeit more rarely, on small insects or small birds.
This rodent lives mainly in small groups both in the plains and in the mountains and is very shy and does not enter homes.
According to IUCN, given its fairly large, albeit fragmented, range and population size, Muscardinus avellanarius is classified as a low-risk species. Among other things, in Italy it is present in various protected natural areas.