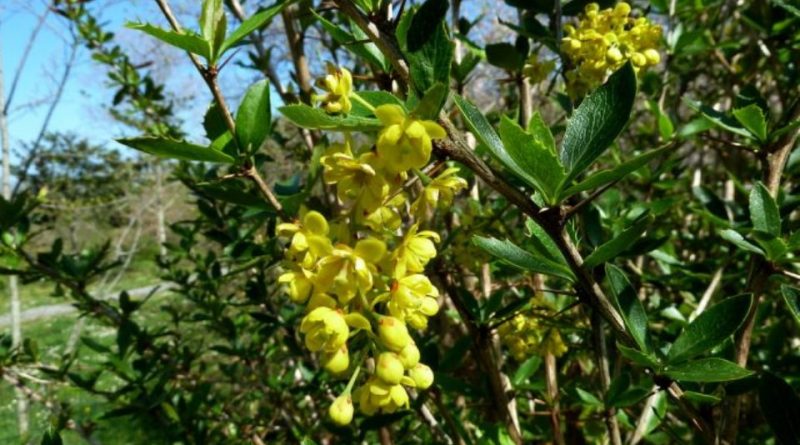 The Indian barberry (Berberis aristata DC.) Is a shrubby species belonging to the Berberidaceae family.

Etymology –
The term Berberis is the Latinized form coming from the Sanskrit varvarata, roughness.
The specific epithet aristata means endowed with remains, as an ear remains as an ear.

Geographical Distribution and Habitat –
Indian barberry is a species that lives in the temperate and subtropical regions of Asia, Europe and America and originates from an area between the Himalayas and Nepal. [1] It is found in its natural state in the wetland of Sri Lanka.
Its habitat is that of tropical forests, even partially shaded, and of the edges of these areas. 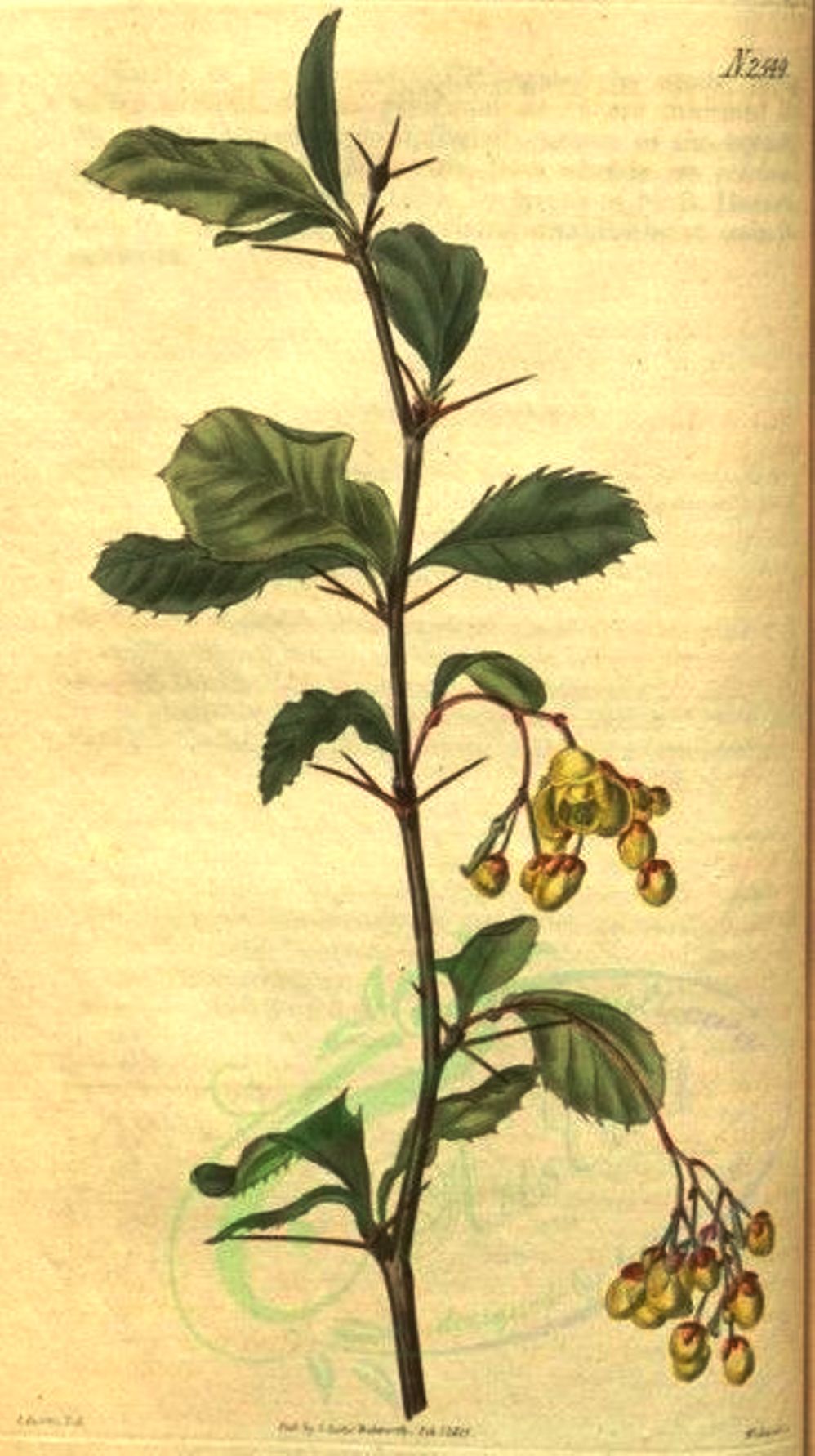 Description –
Berberis aristata is an erect thorny shrub, the height of which varies between 2 and 3 m in height. It has a woody consistency with yellow to brown bark from the outside and intense yellow from the inside. The bark is covered with thorns to three, which are modified leaves and can be removed by hand in longitudinal strips.
The leaves are arranged in tufts from five to eight and are about 4.9 cm long and 1.8 cm wide and are intense green on the dorsal surface and light green on the ventral surface. The leaves are simple with pinnate veins and have a leathery consistency and are toothed, with numerous indentations along the edge of the leaf.
The species is hermaphrodite (it has both male and female organs), with yellow flowers and is pollinated by insects and the plant is self-fertile.
The average diameter of a fully open flower is 12.5 mm. The flowers form a racemose inflorescence, with 11-16 flowers per raceme, arranged along a central stem. The flower has three large and three small sepals and six petals in total. The male reproductive structure, androecio, is polyandrea and contains six stamens, 5–6 mm long. The female reproductive structure, the gynaeceum, is 4-5 mm long and is composed of a short style and a broad stigma.
The antesis is in the period of May.
The plant produces clusters of succulent, acidic and edible berries, bright red in color and with medicinal properties.
The fruits begin to ripen from the second week of May and continue to do so throughout the month of June.
Berries are about 7mm by 4mm long and weigh about 227mg.

Cultivation –
Berberis aristata is a somewhat frost-resistant, evergreen plant, suitable for clayey, hot, humid and slightly shaded soils although it can grow in looser and shallower soils.
It is a plant that can be pruned quite severely even from the base. Fruits are sometimes sold in local markets in India. It is a species that easily hybridizes with other members of the same genus.
Wild plants produce around 650 g of fruit in 4 crops.

Uses and Traditions –
Indian barberry, also known as “chutro” or turmeric tree produces very flavored fruits, which have a sweet and sour taste and a slight bitterness caused by the seeds.
Fruits are very popular with children. In India they are dried and used as raisins.
Generally the fruits are eaten by people who live in the areas where the plant is found, often as a dessert. They are juicy and contain many sugars and other useful nutrients that complement their diet. The roots can also be used to make an alcoholic drink.
This fruit contains about 2.3% protein, 12% sugar, 2% ash, 0.6% tannin, 0.4% pectin. There are also 4.6 mg of vitamin C per 100 ml of juice.
Among the important components of this plant we also remember an alkaloid which is berberine.
The dry stem, the root bark and the wood of this plant are also alterative, antiperiodic, diaphoretic, laxative, ophthalmic and tonic (bitter).
An infusion is used in the treatment of malaria, for eye ailments, skin diseases, menorrhagia, diarrhea and jaundice.
Berberine, universally present in the rhizomes of the Berberis species, has marked antibacterial effects. Since it is not appreciably absorbed by the body, it is used orally in the treatment of various enteric infections, in particular bacterial dysentery. It should not be used with Glycyrrhiza (licorice) species because this nullifies the effects of berberine. In addition, berberine has also shown anti-tumor activity.
Furthermore, a yellow dye is obtained from this plant, obtained from the root and the stem. An important source of dyes and tannins, it is perhaps one of the plants with the best tannin-based dyes available in India and is used to dye clothes and to tan the skin.
Wood is used as fuel. Thorny branches are used to make impenetrable shields around fields.
In India Berberis aristata is used in traditional herbal medicine. Its stem, roots and fruits are used in Ayurveda medicine.

Preparation method –
The edible parts of this plant are the flowers and fruits.
In addition to the use of fruits, for various food uses, flower buds are added to sauces.
A preparation called rasaunt is prepared by boiling the bark of the roots and lower parts of the stems in water. The solution is then filtered and evaporated until a semi-solid mass is obtained, which is the rasaunt. This is mixed with butter and alum or with opium and lime juice.