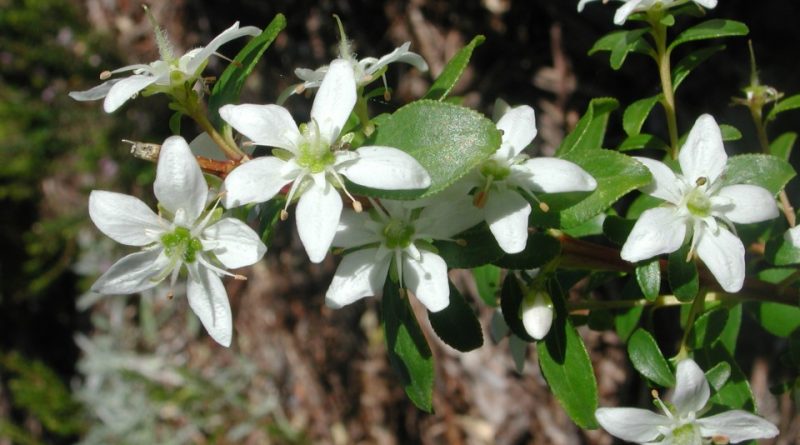 The Buchu (Agathosma crenulata (L.) Pillans) is a shrubby species belonging to the Rutaceae family.

Systematic –
From a systematic point of view, it belongs to the Eukaryota Domain, Plantae Kingdom, Magnoliophyta Division, Magnoliopsida Class, Rosidae Subclass, Sapindales Order, Rutaceae Family and therefore to the Genus Agathosma and to the A. Crenulata Species.
The term is synonymous:
– Barosma crenulata (L.) Hook ..

Geographical Distribution and Habitat –
Agathosma crenulata is a flowering plant native to the low-altitude mountains of southwestern South Africa.
Its habitat is that of the areas near the streams of the fynbos, that is, the shrub vegetation that populates a small coastal strip of the Western Cape Province, called the Cape Floral Kingdom. 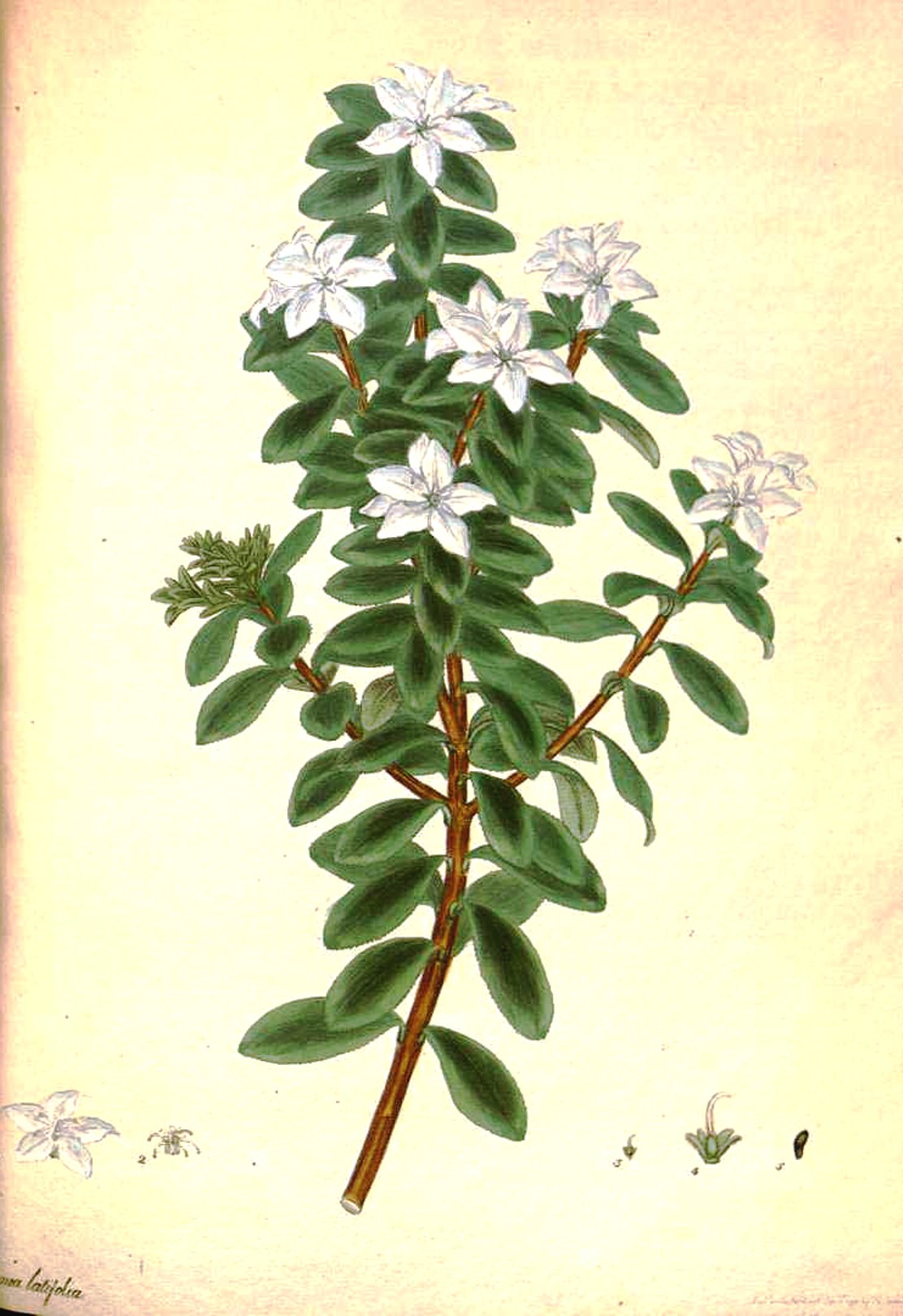 Description –
Buchu is an evergreen shrub that grows to a height of 1.5-2.5 m.
The leaves are opposite, oval in shape, 15-35 mm long and 7-18 mm wide.
The flowers are white or pale pink in color with five petals.
The fruit is a five-pointed capsule that opens to release the seeds.

Cultivation –
Agathosma crenulata is a species somewhat similar to Agathosma betulina and is a spontaneous plant that in its habitat is visited by a variety of insects, in particular bees and flies that carry out entomophilous pollination.
The seeds are released after the flowers have dried.
The fruit is a capsule which, when ripe, explodes to release the seeds.
These are shrubs that can re-grow after a fire.

Uses and Traditions –
Agathosma crenulata has historically been used as a flavoring agent and remedy for herbal cures.
The plant which, as mentioned, is very similar Agathosma betulina produces many fragrant white flowers, which attract pollinating insects.
The leaves have traditionally been immersed in brandy, vinegar and tea water, to flavor and, according to popular medicine, they are said to alleviate gastrointestinal and urinary tract disorders.

Preparation method –
For some time now, the leaves that have been impregnated with brandy, vinegar and tea water have been used for this plant. In folk medicine they are used, as mentioned, to treat disorders of the gastrointestinal and urinary tract.