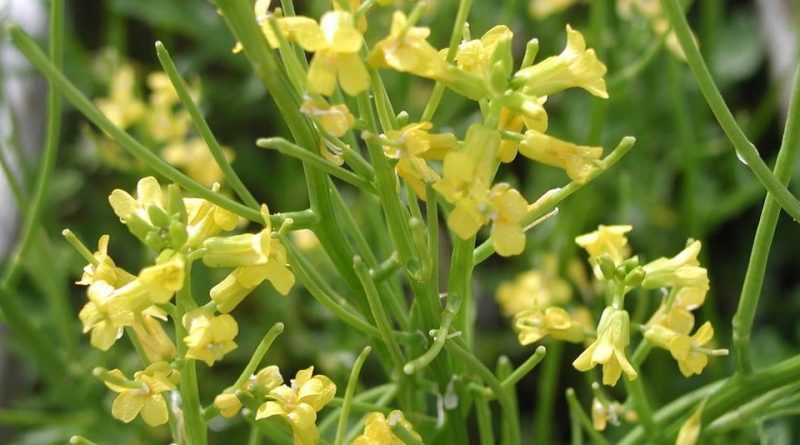 Etymology –
The term Barbarea of ​​the genus refers to vulnerable plants dedicated to Santa Barbara, protector of artillerymen, miners and firefighters, is invoked to ward off lightning and explosions. Rembert Dodoens in his Cruydeboeck (1564) called one of these plants Herba Sanctae Barbarae, name translated in Barbarea by Henry Lyte in his A niewe Herball of 1578 and was taken up by the Scottish botanist William Townsend Aiton in 1812.
The specific epithet verna comes from ver, véris primavera: spring, reference to the period of flowering or appearance.

Geographical Distribution and Habitat –
The Land cress is a European species with western gravitation, native to southern Europe and western Asia and naturalized elsewhere and that we find in many regions of Italy; it is missing in Valle d’Aosta, in the north-east regions, in Molise, Puglia, Calabria and Sicily.
Its habitat is that of uncultivated wet and cultivated fields, usually below the lower mountain belt, where it prefers places in partial shade, shady places, woods, walls up to 1200 meters above sea level. 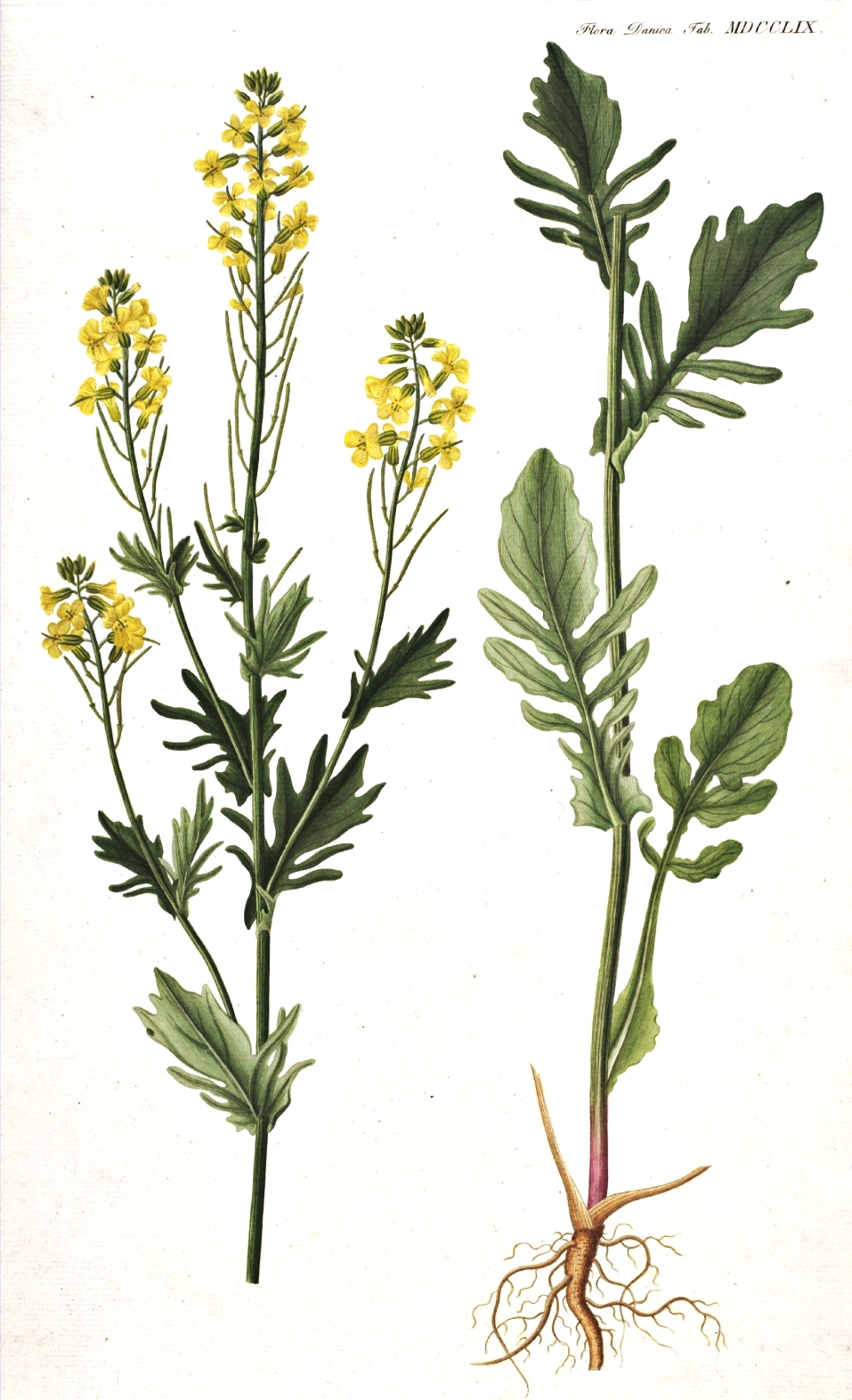 Description –
The Land cress is a biennial herbaceous species that grows up to 30 cm in height.
The flowers are hermaphrodites, yellow in color, typically composed of 4 petals, to remember a cross. The petals are separated to form a diapetal corolla. There are also 4 sepals. There are 6 stamens, 4 of which are cross shaped like petals and 2 shorter external ones. Such an androceo calls himself tetradinamus.
The ovary is out of date and bicarpellar.
Pollination takes place through flies, bees and beetles and the flowering period is between April and July.
The fruit is a lib- eral siliqua of 40-70 x 1.7-2 mm, slightly compressed, straight or curved, erect-ascending or subpatent, glabrous; 0.7-1.5mm stylus. Seeds uniseriati, oblong, alveolar-reticulate, of 1,7-2,3 mm.

Cultivation –
Land cress is found in its spontaneous state but can also be grown in the garden or in pots.
For cultivation it is advisable to space the plantations of 40 cm in all directions. The growth is fast, the plant sometimes behaves every two years and is ready to re-sow keeping its variegated foliage.
As for the soil, fresh and rich soil is preferable to maintain a beautiful appearance.
Exposure to the sun is by far the best, it also allows you to maintain beautiful foliage.
Its cultivation, in general, does not present great difficulties. These plants appreciate, as mentioned, the fresh soil, which allows them to maintain a beautiful foliage. However, excessive water can affect their variegation, so drainage will need to be guaranteed. Soil quality is not very important, because this plant also tolerates heavy soils and clay.
To maintain beautiful foliage, it is desirable to partially remove the flowers.
Multiplication is done by sowing, the plant retains its colorful character. Sowing can be done as early as March, but germination at this time takes three weeks versus eight days, later in the season. Sowing is possible until July. The division and cuttings of are essential for the double-flowered variety and are best done in the spring.
You have to be careful not to spread it much because, in some conditions, it can become pest.

Uses and Traditions –
The generic name of this plant is linked to the day of Santa Barbara (December 4), when the young basal leaves were collected to prepare salads.
This plant native to southern Europe and western Asia and naturalized elsewhere has been cultivated as a leaf vegetable in England since the 17th century, mainly because it requires less water than watercress and is easier to grow.
Barbarea verna has healing properties useful for wounds and antiscorbutics. The foliage can be used in salads. It can be used in sandwiches or salads or cooked as spinach or used in soup and fish.
A varied form is available.

Preparation method –
The young leaves of the Barbarea verna can be used to prepare tasty salads. With these sheets you can garnish sandwiches but it is good cooked as spinach or used to season soups or fish dishes.