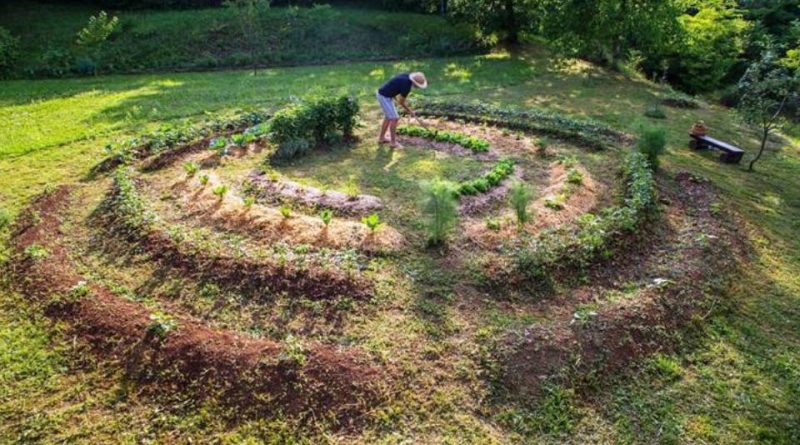 The term permaculture includes a system of targeted practices to allow a need for food, fiber, energy and other ecosystem services which, at the same time, present characteristics of resilience, prosperity and stability of natural ecosystems.
The term permaculture derives from the contraction of the terms: permanent agriculture.
The permaculture principle is based on the fact that a human culture cannot survive for long without the basis of sustainable agriculture and ethical management of the earth’s resources.
This was, in fact, the technical and ethical basis that inspired Bill Mollison in creating the basic principles of Permaculture, a theoretical and practical synthesis that systematizes and develops the elements of different ecological sciences, opening up new design horizons.
The term “permaculture” was created by Bill Mollison and David Holmgren in the mid-70s to describe, in fact, an integrated and evolutionary system of perennial or self-perpetuating plant and animal species, and useful to man.
A more current definition of permaculture is to design productive land, consciously and in order to reproduce the patterns and relationships present in nature, capable of producing an abundance of food, fibers and energy in order to provide for local needs.
People, their buildings and the way they organize themselves are central to permaculture.
For this reason, the permaculture vision of permanent or sustainable agriculture has evolved into a permanent or sustainable culture.
Permaculture is, ultimately, an integrated design process that results in a sustainable, balanced but also aesthetically pleasing environment.
By applying ecological principles and strategies, the balance of those systems that underlie life can be restored.
Permaculture is the design, the conscious and ethical conservation of productive ecosystems that have the diversity, stability and flexibility of natural ecosystems.
In the same way it applies to economic strategies and social structures.
Permaculture can be defined as a synthesis of ecology, geography, anthropology, sociology and design.

Starting in 1974, Bill Mollison and David Holmgren in Australia began to develop a framework for a sustainable agricultural system, focusing on polyculture based on perennial tree species, shrubs, herbaceous species, fungi and root systems. In addition to this, the method aimed to design human settlements in order to reduce the work necessary to maintain them, the production of waste and pollution and at the same time to preserve or naturally increase soil fertility and the biodiversity of the system.
Currently the permaculture method is spreading more and more and its beginning has had all over the world since the eighties.
At present there are more than a dozen books and manuals dealing with permaculture based on the original work of Mollison and Holmgren. Despite this, there have never been substantial additions or variations to the method developed in the late 1970s.
It is estimated that, in 2002 alone, over 100,000 people worldwide were trained in permaculture design. The training generally includes a two-week intensive theoretical / practical course where, in addition to the common foundations of the method, the techniques best suited to local ecosystems are taught.
Despite the significant implications that the permaculture technique operates in the ecological and productive field, this model still struggles to have a mass diffusion.
According to Holmgren the reasons are to be found mainly in the prevalence of a scientific culture of reductionism, and therefore a cautious if not hostile approach to more holistic methods, in the domain of a culture of consumerism created by a purely economic vision of health and progress and the fear of global and local political authorities to lose their influence and power if the population followed practices aimed at self-sufficiency and local autonomy.
Finally, it should be remembered that permaculture is at the basis of the concept of Transition Towns which represents a movement founded in Ireland in Kinsale and in England in Totnes by the environmentalist Rob Hopkins in the years 2005 and 2006.