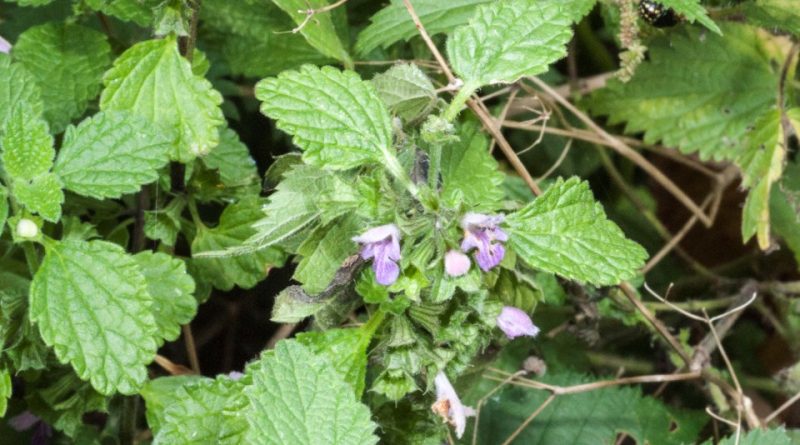 The Black Horehound (Ballota nigra L., 1753) is a perennial herbaceous species belonging to the Lamiaceae family.

Etymology –
The term Ballota comes from the Greek βαλλωτή balloté (from βάλλω bállo to throw, throw, reject), name of a plant cited by Dioscorides and Pliny: reference to the repulsion generated by the fetid smell of plants of this genus.
The specific epithet nigra comes from niger black: due to the color of the dried leaves.

Geographical Distribution and Habitat –
The Black Horehound is a plant with origins in a range that goes from the Mediterranean region to Central Asia; as well as being present in Europe and, with its subspecies in the above countries, it has naturalized in Argentina, New Zealand, and the western United States.
In Italy it is present almost everywhere and its habitat is that of the ruins, uncultivated and hedges, up to an altitude of 1300 m. 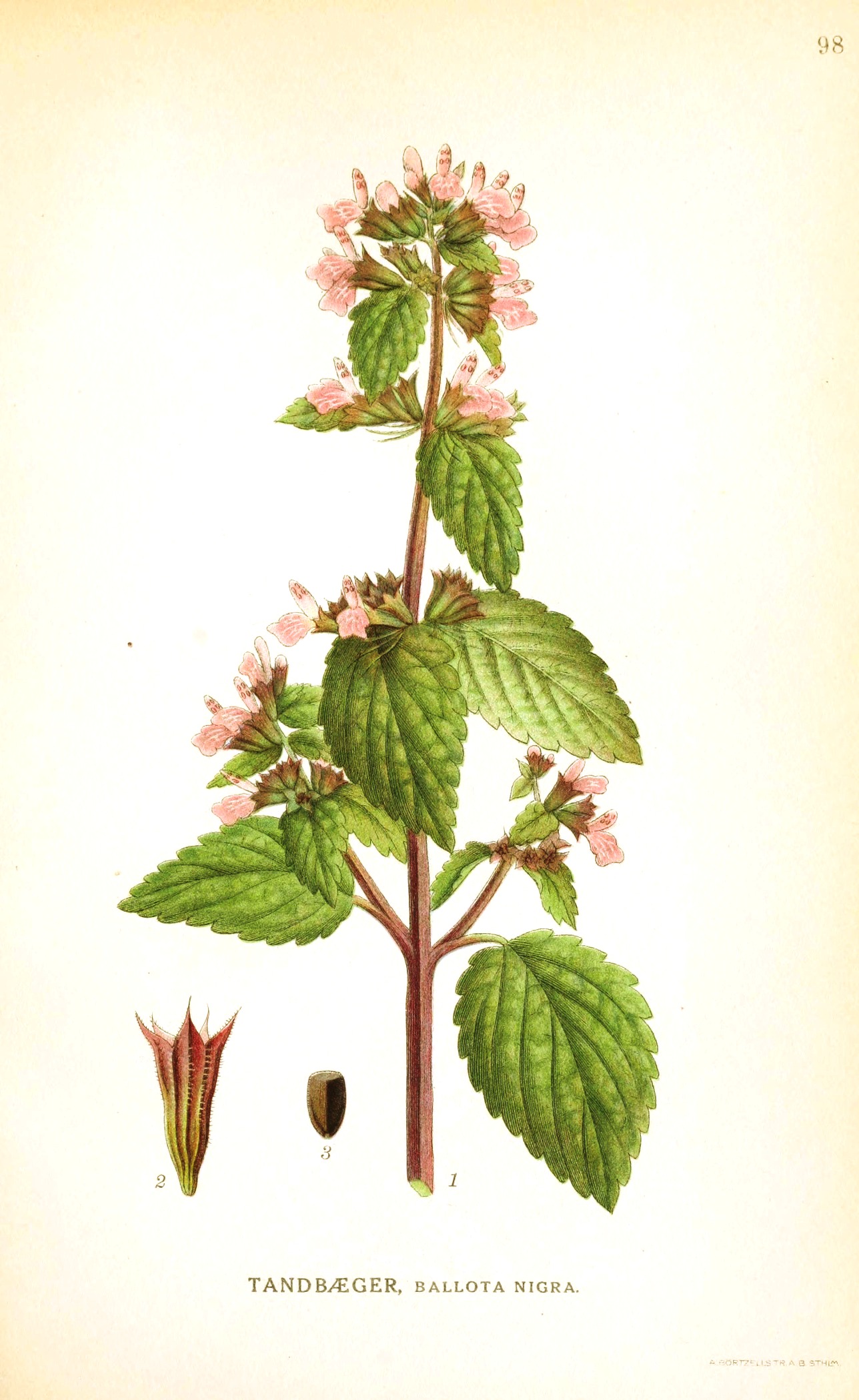 Description –
Ballota nigra is a perennial herbaceous plant 30-60 cm high.
The stem is quadrangular, woody, covered with a light hair, little branched and has opposite leaves, oval, toothed, hairy, dark green, which give off a fetid odor.
The root is taproot.
The flowers are gathered at 15-30 in verticillastri, with 5-toothed calyx and pink or whitish corolla.
It blooms in the northern hemisphere from May to August.

Cultivation –
Ballota nigra is a nitrophilic plant that grows preferably in limestone soils and with loose texture; it bears temperatures not lower than -5 ° / -10 ° C.
The soil must be fertile, rich in organic substances and well drained.
The plant can be propagated both by seed and by cutting.
For fertilization we recommend an intervention at the end of winter with well humified organic substances.
If planted in the garden, water only in periods of prolonged drought. If it lives in a pot, wet it with a certain regularity.
If it blooms on the branches of the previous year, after spring flowering strengthen the plant and stimulate growth by shortening the jets that carried the flowers by about a quarter. If it blooms on new branches, shorten all vegetation by about a quarter in early spring, before the vegetative restart.

Uses and Traditions –
Black Horehound is a garden plant that has, however, medicinal properties, acts as a sedative.
The plant is an antiemetic: it is effective against nausea and vomiting especially when they depend on the nervous system, as in the case of motion sickness or morning sickness, but also in case of dyspepsia. This plant is also an expectorant, dewormer, a menstrual normalizer and a remedy for gout and arthritis. It is also an astringent for the skin. The plant, collected during flowering, is used after drying. Syrup can be made from fresh plants.
In the ballota numerous chemical components have been isolated, clearly exploited in the phytotherapeutic field: caffeic acid, saponins, dipertenoids (ballotenol, ballotinone, marrubiine), glycosylated flavonoids, and betaine.
Only in recent years, a further class of chemical components has been isolated: these are phenylpropanoid glycosides, to which the neurosedative and antioxidant action is attributed.
As can be guessed, the plant is not used for food purposes, especially for its particularly unpleasant smell and taste. However, it is widely used in herbal medicine: the drug is made up of the whole dried plant.

Preparation method –
The infusion of Ballota nigra is not a recommended herbal practice, given the unpleasant smell; however, it is still possible to prepare the infusion to take advantage of the colagogues of the plant. In this case, it is recommended to correct the bitter taste with corrective drugs, such as mint, licorice or fennel.