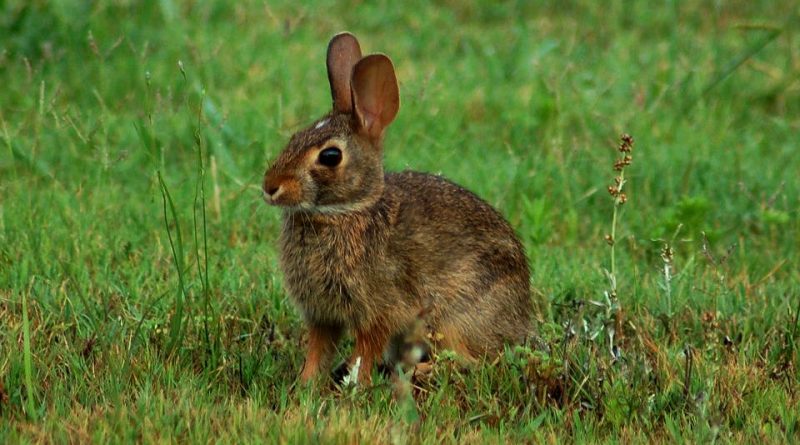 The eastern cottontail (Sylvilagus floridanus Allen, 1890), is a mammal belonging to the Leporidae family.

Geographical Distribution and Habitat –
The Eastern Cottontail is a species native to North America and has been introduced very recently and for hunting purposes, both in France and Italy. Since its presence in Italy is allochthonous (i.e. foreign), according to the guidelines of the Higher Institute for Environmental Protection and Research, in order to avoid territorial competition with other Italian native wild animals, including the European hare, it was decided to favor their hunting.
Its original habitat is that of the meadows and bush areas of the eastern and southwestern United States, southern Canada, eastern Mexico, Central America and the northern tip of South America. It is very numerous in central western North America and has been found in New Mexico and Arizona.
He prefers an area where he can hide quickly. Forests, swamps, bushes or open areas, where a burrow can dig, are optimal areas for this species.
Its range progressively widened to the north after the felling of the forests by the colonists, as in New England where it now competes with the indigenous cottontail of these areas. 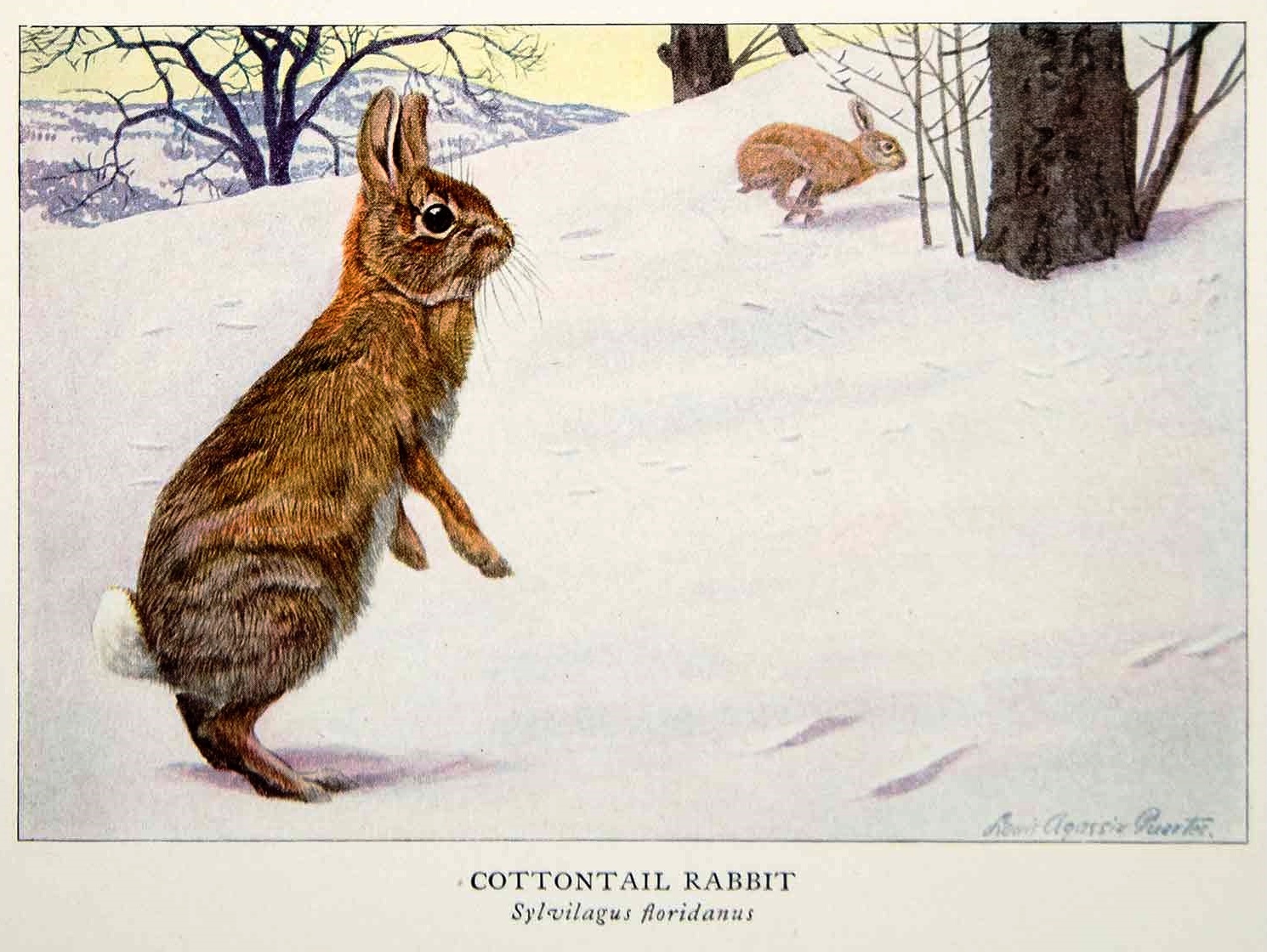 Description –
The Eastern Cottontail is a mammal, similar to a wild rabbit, which has a head-body length of 35-45 cm for a weight of 1-1.2 kg and with the heaviest female.
It has large brown eyes and large ears to better capture the dangers and, compared to the wild rabbit, thinner front legs and more elongated rear legs.
The coat is red-brown or gray-brown graying and a short white tail. The lower part is white. On the tail there is a rust-colored spot.
The hares develop the same color after a few weeks, but they also have a white flame-shaped patch that drops down from the forehead; this stain eventually disappears.

Biology –
Sylvilagus floridanus begins its cycle with the mating that occurs between February and September and with the males that mate with more than one female.
The females give birth to 2 to 4 broods per year, with a gestation of 27 days, generally composed of 3-5 young but which can even go up to 9. After the female has given birth, it can mate again immediately afterwards.
The nest is made in a hole 10-15 cm deep and lined with grass and fur.
The young remain in the nest for 12-14 days and are breastfed for three weeks. Sexual maturity is reached at the age of 3-5 months.

Ecological role –
Sylvilagus floridanus has mainly crepuscular and nocturnal habits and does not hibernate in winter.
Its power varies according to the season. In summer it feeds on a large variety of herbs, especially young grasses and legumes, while in winter it feeds on bark, buds and twigs.
It is a very fast animal on short distances. When he runs, he can make jumps of 3-4 meters, which allow him to escape predators. It runs in zigzag, to disperse the tracks and can reach 24 km / h.
Unlike the wild rabbit, it does not live in colonies and when it is numerous in the occupied territories it tends to move away occupying new areas.
Among its predators there are hawks, owls, coyotes, foxes, wolves, mustelids and lynxes. Man also hunts him for meat in many parts of his range; its fur is also used in clothing.
On farms and gardens, the Eastern Cottontail is usually considered harmful and is often trapped or killed to protect plants.
In fact, hunting and predation prevent the rabbit population from growing out of all proportion. Only around 20-25% of rabbits reach one year of life and 85% of adults or children are killed by predators every year.