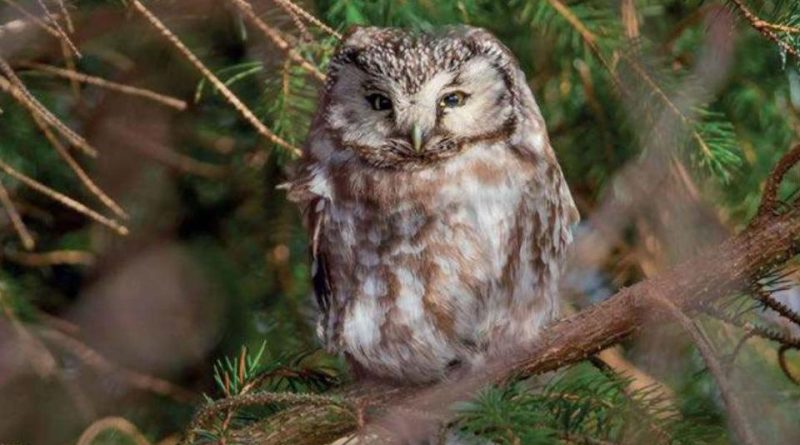 The boreal owl (Aegolius funereus Linnaeus, 1758) is a nocturnal bird of prey belonging to the Strigidae family.

Geographical Distribution and Habitat –
The boreal owl is a bird of prey that frequents a vast range ranging from Eurasia to North America.
In central Europe it is present in a large part of the Alpine chain, where it nests, with greater consistency in the central-eastern Alps (from 600 to 2,000 meters above sea level).
Its typical habitat is wooded and taiga. 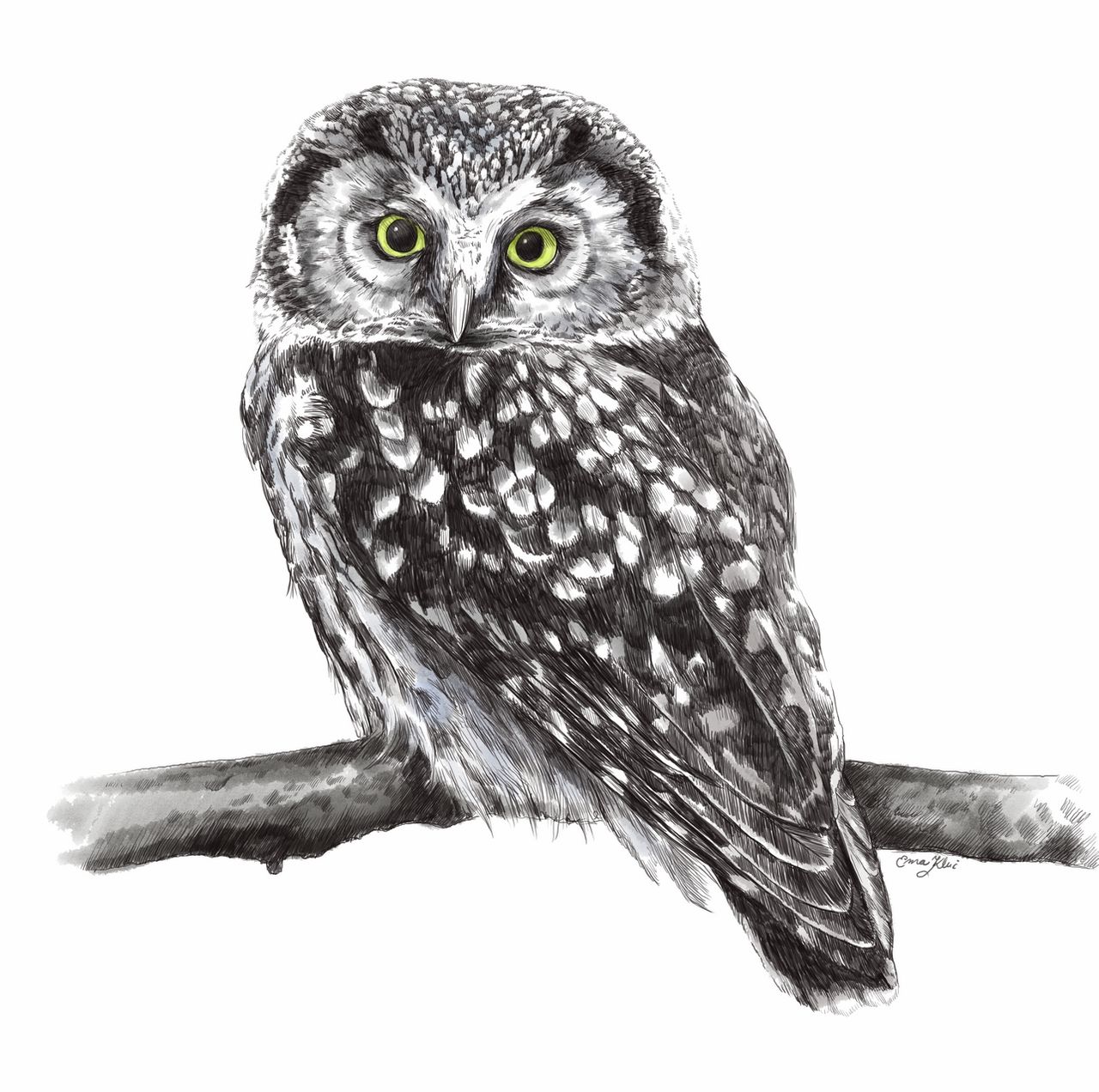 Description –
The Aegolius funereus is a nocturnal bird of prey with evident sexual dimorphism since the female is larger than the male; in fact it has a total length of: 24-36 cm, a wingspan between 53 and 61 cm for a weight that in the male oscillates between 100 and 130 cm and in the female between 130 and 190 cm, with relatively long and wide wings, dotted white and short, barred tail.
It presents itself with a body that is robust and about the size of a blackbird, but more squat. The plumage, in the upper part, is brown with white spots in adults or dark brown in young; in the lower part it is light with dark streaks in the adult specimens or mainly dark brown in the young ones.
The head is robust, rounded in shape, with thick white spots on the top and clear facial discs.
This bird of prey has an evident asymmetry of the bones of the skull which determines a different position of the openings of the two auditory meatuses: this curious anatomical detail accentuates the effectiveness of the hearing, allowing a precise localization of the sound sources and facilitating the capture of the prey even in almost total absence of light.
The eyes have a yellow iris and placed on the front.
Its beak is short and hooked, yellowish in color with a grayish base.
The legs are relatively short, feathered, with hooked nails.
The voice is a melodious gurgling “pu pu pu pu pu” that vaguely recalls the whistle of a steam locomotive.

Biology –
The boreal owl is a bird that does not build a nest but reproduces in hollows of trees, almost always represented by nests dug inside large trunks with black woodpecker; among other things, the recent expansion of the latter species seems to have favored the owl leader in a large part of its central European range.
The female lays 4-6 eggs, whitish in color, which hatches in 26-29 days.
The chicks are autonomous and leave the nest one month old or a little more, before being able to feed independently; as for the other nocturnal birds of prey, it is therefore possible to find on the ground or on young inept shrubs in flight, only apparently abandoned but which at night are regularly fed by the parents who manage to locate them.

Ecological role –
Aegolius funereus feeds on small mammals, such as mice, voles, shrews, glirids and birds up to the size of the blackbird. Like other nocturnal birds of prey, it swallows prey whole or only briefly torn, regurgitating the undigested parts in the form of oblong wads.
His predation usually takes place at night.
It is also a solitary, sedentary, breeding, partial migratory species.
The flight is beaten and gliding, silent, slightly swaying.
He can live for over 10 years in freedom.
The owl head is very confident, it does not fear man. The adult faces the entrance hole of the nest if the bark at the base of the trunk is lightly scratched.
The main threats to this bird of prey are represented by the transformations and fragmentation of the nesting and feeding habitats and by hunting especially in the forest areas with sparse tree cover and near pastures.
Aegolius funereus is listed in Annex I of the Birds Directive (79/409 / EEC). Species subject to protection according to Article 2 of Law 157/92.