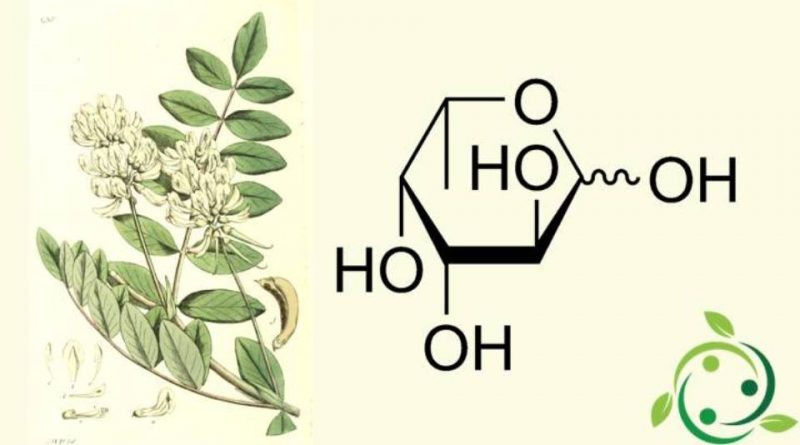 Fucose, whose term in the IUPAC nomenclature is: (3S, 4R, 5S, 6S) -6-Methyltetrahydro-2H-piran-2,3,4,5-tetraol is an aldose levogiro with brute or molecular formula: C6H12O5. It is therefore equivalent to 6-deoxy-L-galactose.
The levogyra form can be extracted from the methylpentosanes of the tragacanth gum, derived from some plants of the genus Astragalus, and from algae or marine drones by maceration with dilute acid.
The right-handed form (rodeose) is instead contained in Glycosides of the Convolvulacee: e.g., convolvulin, jlappin etc.
In man, fucose is a fundamental constituent of some cellular receptors, some gonadotropins, some keratan-sulphates and some enzymes (salivary a-amylase).
Fucose is found in complex glycoproteins, in which sugar and protein are linked via an O-glycosidic bond. These alpha (1-3) -fucose modified proteins are thought to be implicated in some allergic reactions.

F-glucose bound to N-acetylglucosamine (commonly via α 1-6 bond in humans) can act both as an attack for further monosaccharides and represent a terminal modification. However, the α-1,2-bound fucose to the non-reducing galactose terminal forms the H antigen, which is the substructure of blood group A and B antigens, and is therefore important in determining the blood groups in the AB0 system.
Two structural characteristics distinguish the fucose from the other six carbon atoms sugars present in mammals: the lack of a hydroxyl group on the carbon in position 6 (C-6) (thus making it a deoxy-sugar) and the L configuration.