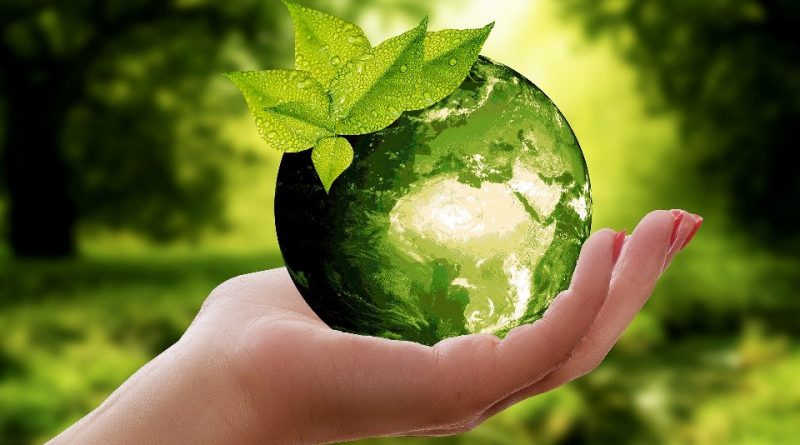 Perhaps one of the oldest professions in the world, that of Agronomists, today, at the beginning of the second millennium, as in any historical process, must ask new questions but above all must find new answers to questions that the new times require.
Both in ancient Egypt, from 3,500 BC that in ancient China, with reliable data starting from the Shang dynasty (1700-1046 BC), schools of remediation and agricultural planning techniques were formed that today, perhaps, are unequaled anywhere in the world.
The archaeological findings and findings tell us of incredibly sophisticated techniques for those times, both in engineering and in the more strictly ecological field.
The organization of the productions and the crops found, at that time, especially in ancient China (especially in the period of the Han dynasty, which goes from 206 BC to 220 AD) a school of thought and concrete applications that saw a perfect balance between the needs of populations and the manifestations of nature, which today we would hastily baptize as precursors of permaculture, biodynamics, synergistic agriculture and other forms of conservative agriculture; in short, real precursors, however, of agroecology.
However, great examples of the agronomist’s profession are also found in other countries of history: from the Maia, to the Aztecs, to get to our home with the great schools of the Etruscan or Sicilian peoples.
This great cultural tradition has seen for millennia the formation of great masters of the subject who, although not escaped from what we would now call the term ex. Faculty of Agriculture or Forestry, they possessed incredibly advanced knowledge even for our times. We could mention, among others: Varro, Columella, Pliny the Elder and so on.
The thing that must make us reflect is that, originally, the professions of land surveyor, agronomist, were considered sacred and of exclusive priestly attribution. We became agronomists or surveyors by inheritance: but we had to prove that we had the professional skills (an ancient form of qualification) and those who could not exercise by “divine grace”, could do so after attending a specific school. After completing their studies, the students had to take a final exam and thus obtain the title of magisteri agrorum geometrie or of professed or auctores; after a further period of apprenticeship, candidates had to take an additional exam in order to practice on their own.
The first prehistoric clues that refer to the priestly figure of the agronomist are found among the Sumerians, a Neolithic civilization that during the third millennium BC. he settled in Mesopotamia, in what was then called “fertile half moon”.
These, also because of their religious model, were the founders of the written ethical norms and of the juridical, political and social structures, ferrying western civilization from prehistory to history.
Among the most important social offices we have the testimony of a figure, of an economic-administrative nature, centered on the priests “agronomists of the temple” on which overseers, debt collectors, inspectors engaged in large and less large farms, supporters of solid agriculture depended and technically advanced for the time, as evidenced by the evidence found in the “Georgiche … di Ninurta”.
The huge cultural and technical heritage of the Sumerians constituted the foundations on which all subsequent agriculture and agricultural civilizations developed, including the Hellenistic-Roman and Islamic ones.

Yet if we go to read modern history, suddenly, around the middle of the last century something happens that interferes powerfully in various professional fields but above all with regards to a professional category, that of the Agronomists and Forestry Doctors.
This interference is essentially linked to the advent in the field of agronomic and forestry sciences of the use of chemistry; of so-called “innovative” techniques that baptized with the epithet of the Green Revolution, interrupt a solution of continuity of Knowledge that has been going on for thousands of years. A solution of continuity that has invested forcefully, until almost dismembering and destroying it, a wisdom that also belonged to a class of farmers who had received Knowledge not by testament but by testimony.
The use of chemistry thus broke the knowledge of the “facts of Nature” and the professionals of the sector who, not pretending that they become “temple agronomists” priests, were in fact dragged towards an “apparent progress” which, today, it is showing all its cultural, epistemological and methodological gaps.
This process has also dragged the educational structure of this profession and we refer to the former Faculty of Agricultural and Forestry Sciences, today Departments of Agricultural, Food and Forestry Sciences, which in fact had to witness a dangerous diaspora of some Knowledge.
As if this were not enough, this interruption was not even functional to a unification of scientific and technical thought with branches such as Biodynamics, Permaculture and others that, a bit like what happened in the days of Savonarola, were often the subject, in the case better, than distrust.
But today the category of Agronomists and Forestry Doctors is, together with the aforementioned Departments, in the need to make up for lost time.
It is no longer conceivable that one becomes a professional by “divine grace” or simply by training courses that are often far from the challenges of this first part of the millennium.
The Planet asks us for a figure who understands the energetic, thermodynamic, ecological and quantum fields, which are at the basis of what I love to call “Codes of Nature”, without which the big questions related to the world food requirement, to its healthiness, to the Habitat protection, life within urban centers (man / nature habitats) will risk not being resolved but even more aggravated.
Matters such as agroecology but first of all those related to the yields and balances of ecological processes, both of natural and production systems, to the innovation of quantum mechanics, to the thermodynamics of complex systems, to the Planning of Ecosystems, with all the preparations that these they require, they cannot remain out of professional training and therefore from modern Departments of Agricultural, Food and Forestry Sciences.
A contextual reform is needed that sees the competent Ministries, first of all that of Education, University and Research, towards a review from scratch that allows us again to play that “sacrosanct” role that history asks of us.
Parallel discussion must be made regarding the other fundamental structure for this category, that is the Orders of Agronomists and Forestry Doctors who, pending that day, which we hope will arrive as soon as possible, are activated with training and updating procedures without which we run the risk of leaving behind not only the country but also history.
If necessary, the recent events related to the Coronavirus COVID-19 are showing us that we must roll up our sleeves to recover not only the lost time but, above all, take back that thread that, started thousands of years ago, saw born with this profession the dawn of human civilization.