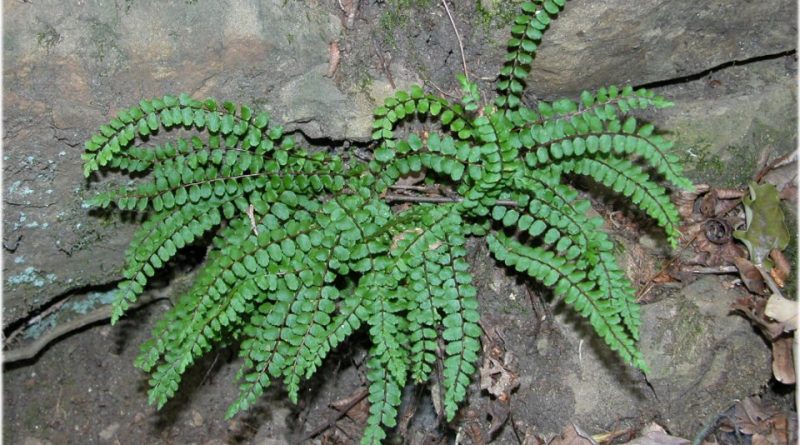 Geographical Distribution and Habitat –
Maidenhair spleenwort is a Eurasian-suboceanic fern that has now become almost cosmopolitan (North America, Australia), common in all regions of Italy with different subspecies that have different levels of ploidy. The regional distribution extends over the whole territory up to the lower mountain belt, above which the species is replaced by A. viride; in Karst it is very common as well as on the walls of Trieste.
Its habitat is that of cliffs and walls, from sea level to the lower mountain belt, in shady forests and cliffs up to over 2000 m. 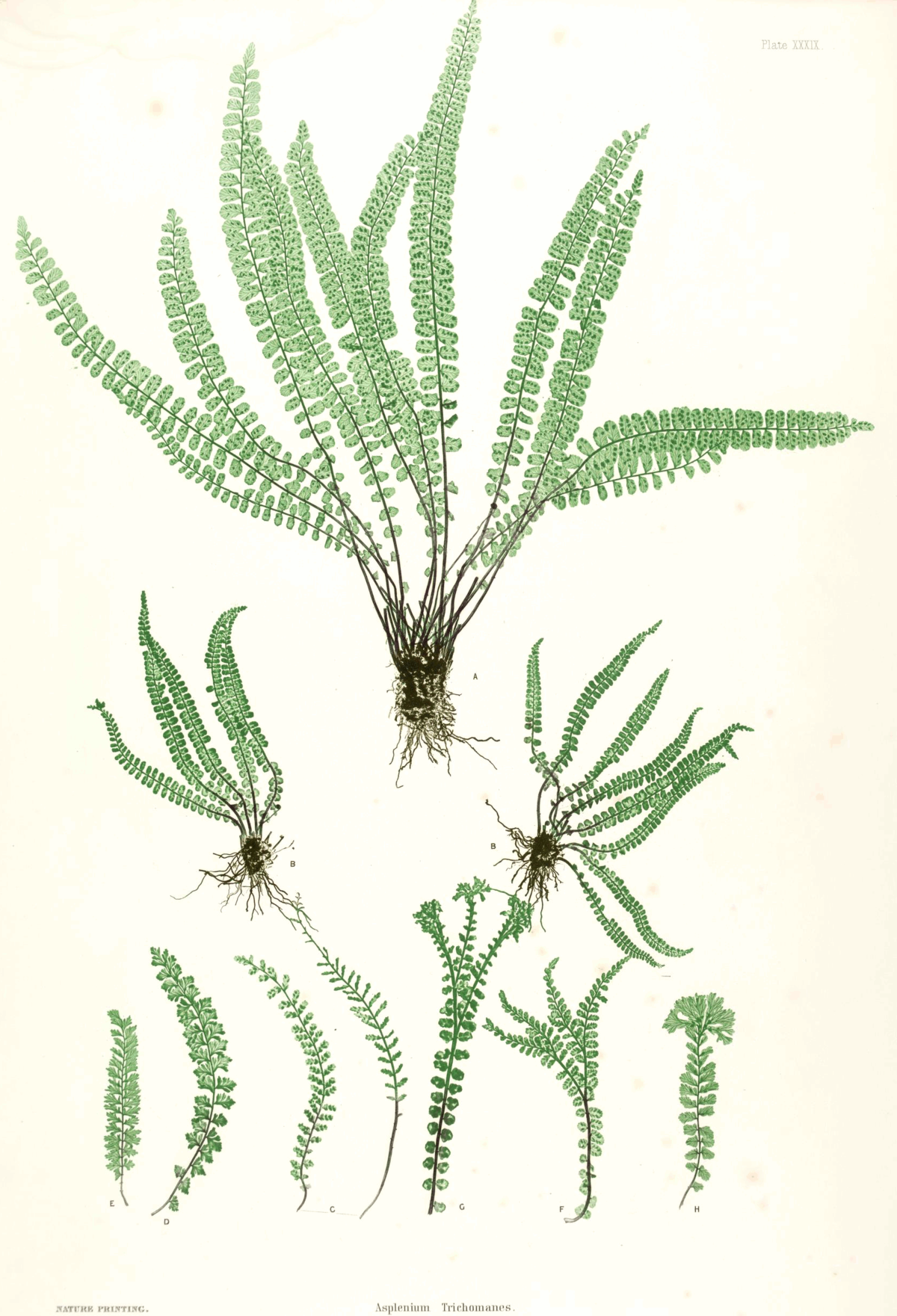 Description –
Asplenium trichomanes is a perennial plant with 4-20 cm long fronds, simply pinnate, dark green, linear in outline, with obovate or elliptical pinnules, opposite, sessile, coplanar to the spine; entirely brownish-blackish and shiny petioles; on the lower page of the fronds there are dense sori.
The sori are small, linear at the end confluent. They contain ellipsoid spores (29-43 µm), with cross-linked and warty perisporium.
The scorification period runs from July to August.

Cultivation –
The maidenhair spleenwort is a fern capable of living in the crevices of the rock. Being a rustic plant, it prefers partial shade and moist soil, resisting temperatures of -15 °.
It needs slightly acidic or even neutral soil, loves the heat but it is good to avoid too sunny places, where it curls up and seems to disappear, until a new rain arrives.
This fern is ideal for cultivation, as an ornamental plant, on rocky walls and basins.
An average planting distance between plants of 20 cm is recommended.

Uses and Traditions –
The maidenhair spleenwort is a plant that in the past was used for therapeutic purposes by collecting the entire leafy part of the plant.
In Italy, as mentioned, there are four subspecies and the plant can be used, in suitable climatic areas, as an ornamental plant for rock gardens in places with little sunshine and exposed to the north.

Preparation method –
As with other ferns, its use is not very usual, also due to the loss of some popular traditions and knowledge. In any case, before using it, it is advisable to consult your doctor.