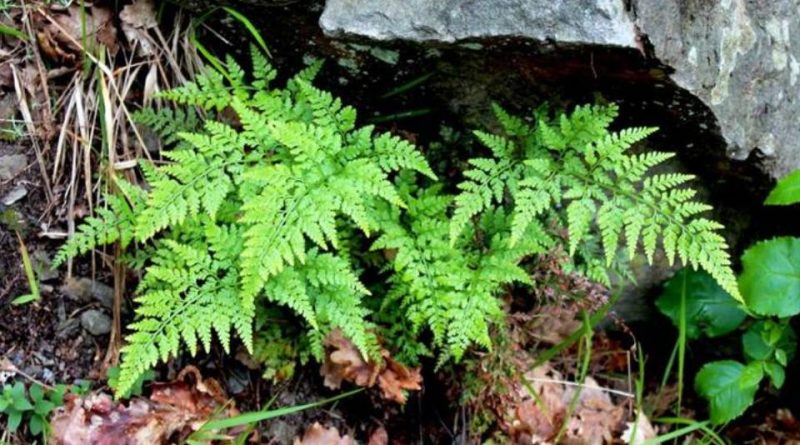 The Black spleenwort (Asplenium adiantum-nigrum L., 1753) is a fern belonging to the Aspleniaceae family.

Systematic –
From a systematic point of view it belongs to the Eukaryota Domain, the Plantae Kingdom, the Pteridophyta Division, the Polypodiopsida Class, the Polypodiales Order, the Aspleniaceae Family and therefore to the Genus Asplenium and to the Species A. adiantum-nigrum.

Etymology –
The term Asplenium comes from the Greek ἀσπλήνος asplénos, a fern cited by Dioscorides (from the privative prefix α- a- and from σπλήν, ηνόϛ splén, enós spleen): plant believed to be able to treat spleen disorders.
The specific epithet adiantum-nigrum is composed of plum adenereum in Pliny and black niger: for the color of the spine.

Geographical Distribution and Habitat –
The Black spleenwort is a subatlantic-south-european distribution fern that has now become sub-cosmopolitan, present in all regions of Italy except in Molise, Basilicata and Sardinia. The regional distribution is of the pre-Alpine-karst type, except for isolated stations on the warmest slopes of the Alps.
As for its habitat, it is a silicicola species that grows from sea level to high mountains (2000 m and above) in grasslands; in Italy it is present, although not always common, a bit in the whole of the North Central area; it is missing or almost on the coast, in some islands and in part of the southern regions, even if there is no complete agreement between the AAs. 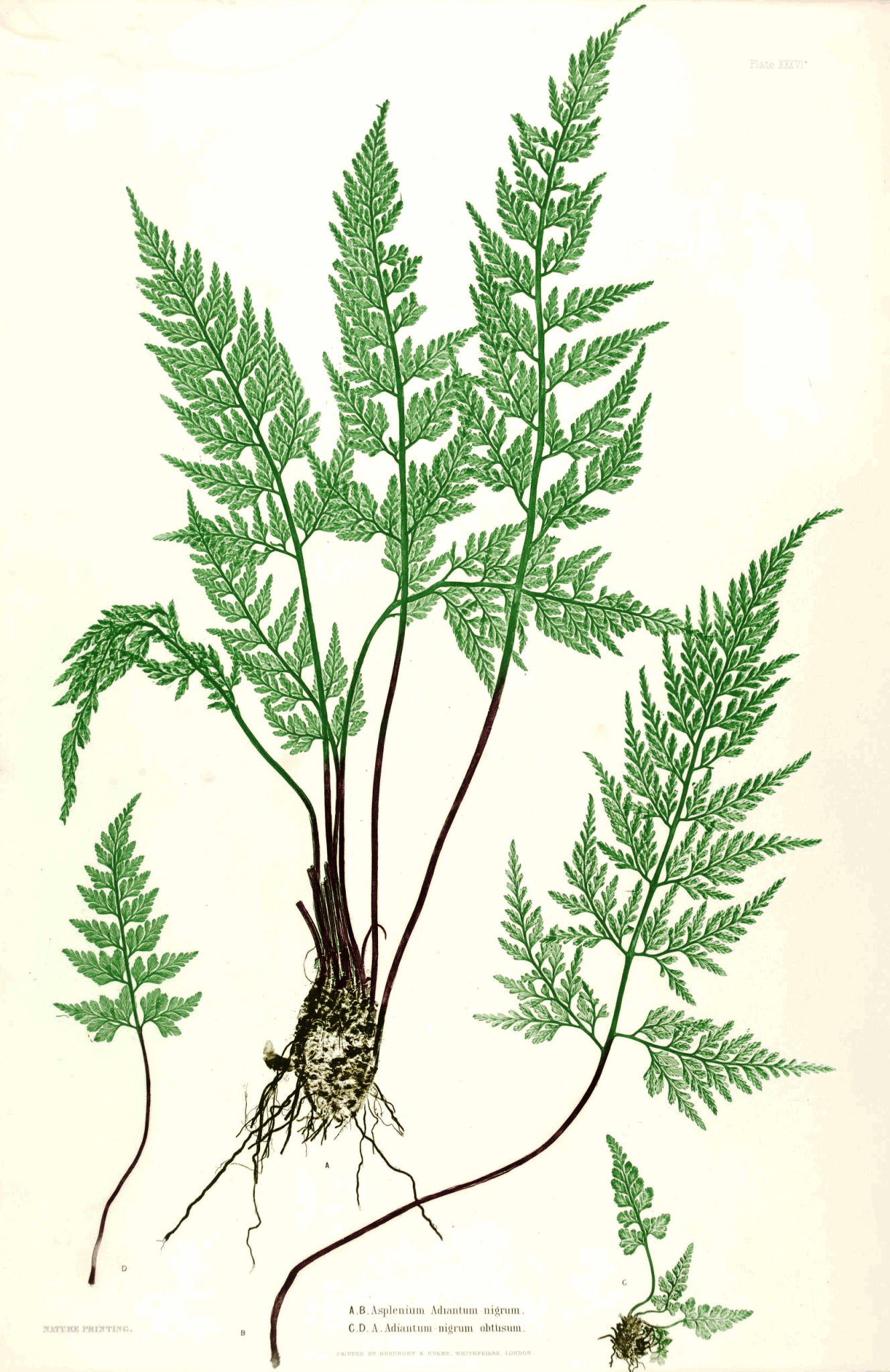 Description –
Black spleenwort is a perennial plant with a short branched rhizome.
Present leaves 10–30 cm long, 2-pinnate, triangular outline; last order segments toothed and welded to the base; petiole long half of the leaf.
The lamina carries from 2 to many sori per segment, oblong-linear, 1-2 mm long, with a linear indusium with an eyelash margin.
The spores are 36-42 µm, chestnut-blackish, with echinate-reticulated and warty perisporium.
The scorification period is between July and August.

Cultivation –
Black spleenwort, being a fern, reproduces by diffusion, by means of water or wind, of spores, or rather, meiospores, haploid cells produced in special structures (sporangia) following meiosis.
The spore germinates producing the haploid gametophyte, which in turn develops, in special gametangi, the male gametes and the female gametes; their union (fertilization) produces the diploid sporophyte, from which spores are formed for meiosis and the cycle starts again.
However, it is a plant that grows spontaneously but that can be multiplied by reproducing the soil and climatic conditions of its natural habitat.

Uses and Traditions –
Many of the old reports of Asplenium cuneifolium in Italy, especially south of the Apennine ridge, are attributed to the serpentine form, to which many authors give little or no taxonomic value.
The distinction between the two species is mainly linked to the cytological study; microscopic examination of the spores can help as they are normally larger in the presence of a greater number of chromosomes.
Asplenium adiantum-nigrum normally presents itself with more shiny and consistent fronds and which are mostly wintered.
As regards its uses, the Black spleenwort, in the past, in some places, was used as an abortion for unwanted pregnancies and the decoction of the leaves was administered orally.

Preparation method –
As for its possible preparations and possible uses, it is advisable to consult with your doctor.