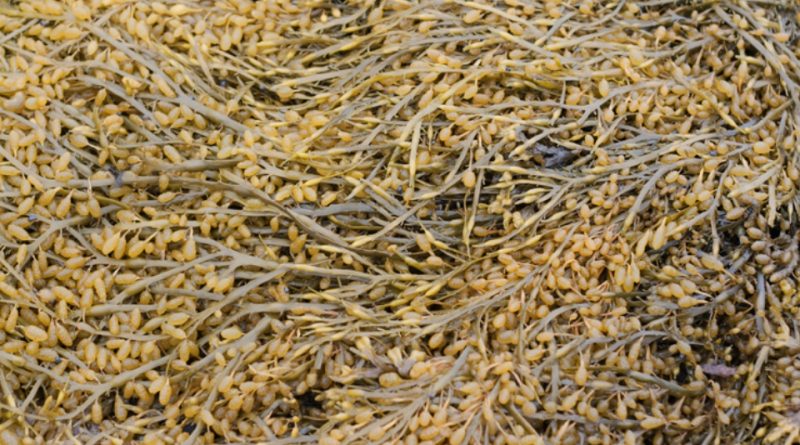 Systematic –
From a systematic point of view it belongs to the Eukaryota Domain, Chromist Kingdom, Chromalveolata Sub-Kingdom, Heterokonta Division, Phaeophyceae Class, Fucales Order, Fucaceae Family and therefore to the Genus Ascophyllum and to the Species A. nodosum.

Etymology –
The term Ascophyllum comes from the Greek ἀσκός “skin, sack” and from the Latin word phylum, in turn derived from the ancient Greek φῦλον (phûlon, “tribe, race”).
The specific epithet nodosum comes from nōdus node, joint: knotty, which has nodes or joints.

Geographical Distribution and Habitat –
The Norwegian seaweed is a unique seaweed species of the genus Ascophyllum which proliferates in a widespread manner on the coasts of the Atlantic ocean.
It is also present on the coasts of north-western Europe, in Eastern Greenland and on the eastern coasts of North America.
Ascophyllum nodosum is an alga that tends to grow especially in the most protected coastal areas where it can become the dominant species in the entire coastal area.
The species can grow in a wide range of coastal habitats: from sheltered estuaries to moderately exposed coasts; often dominates the intertidal zone (although other algae populations are known for proliferation in the subtidal zone in transparent waters). 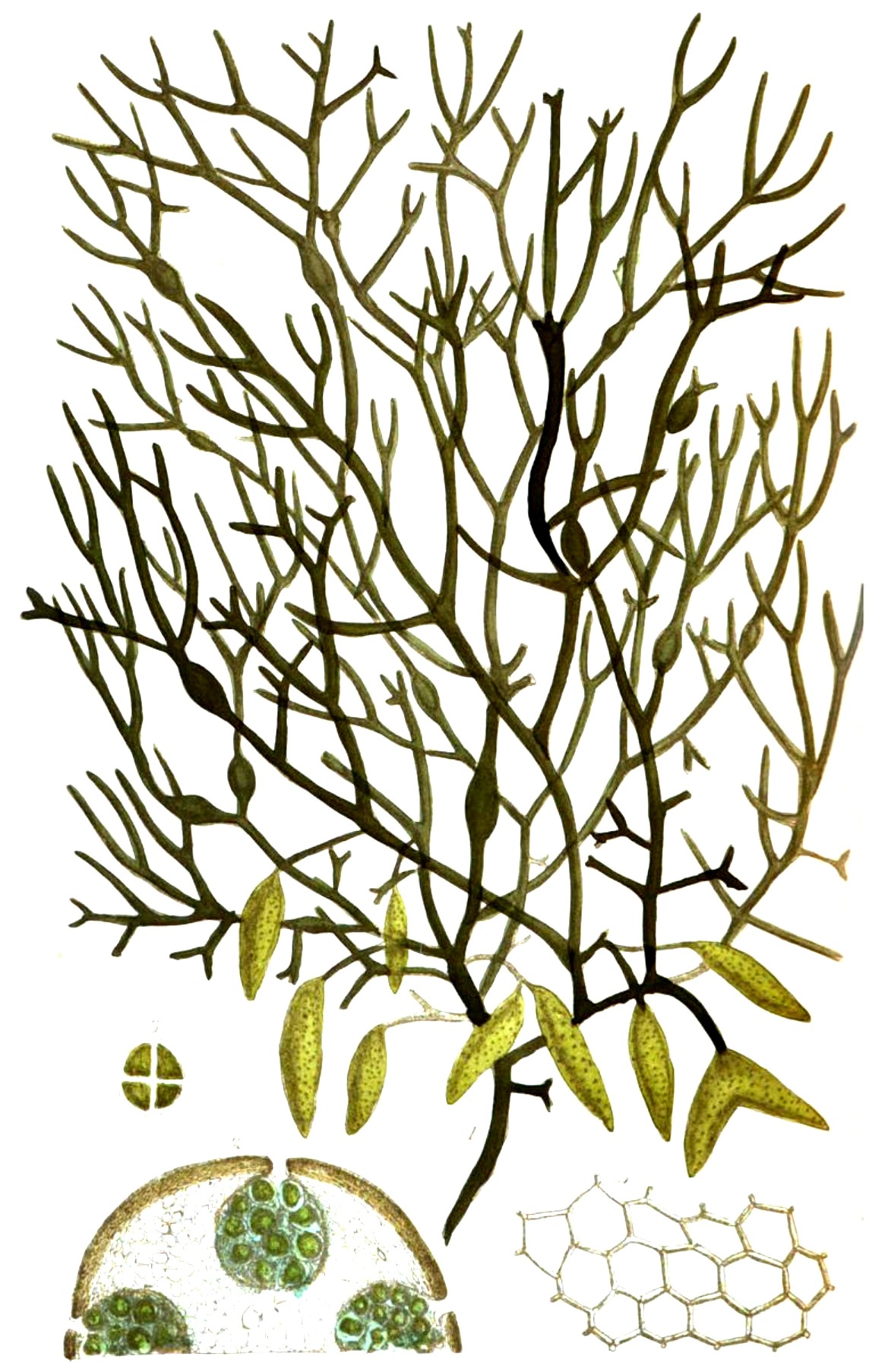 Description –
Ascophyllum nodosum is an alga characterized by having long fronds with empty blisters distributed at regular intervals.
These branches can reach 2 meters in length and are connected by a peduncle to the rocks and boulders of the coast.
The fronds have an olive-green / brown color, with a slightly flattened shape but without central rib.
From a reproductive point of view, it produces gametes within conceptacles embedded in yellowish receptacles present on short branches.

Cultivation –
Ascophyllum nodosum is a very slow-growing algae (0.5% per day) but lives long (up to 10-15 years) and takes about 5 years from birth before becoming fertile.
Due to the diversity of its parts, the age of Ascophyllum nodosum can only be determined by observing the shoots.
In areas where Ascophyllum nodosum is particularly present, it can reach up to about 40 kg of fresh seaweed per square meter. This alga can grow in overlap with Fucus vescicolosus and Fucus serratus. Its proliferation is limited by salinity levels, exposure to strong ocean waves, temperature, dehydration and conditions that can generate stress.

Uses and Traditions –
Ascophyllum nodosum is a seaweed well known in the scientific community as it has been the subject of considerable research on its possible applications.
Numerous varieties and forms of Ascophyllum nodosum have been identified. Ascophyllum nodosum var.minor has been described by Larne Lough and observed in Northern Ireland.
Ascophyllum nodosum is collected for use in alginates, fertilizers, for the production of flours for animal feed and for the production of particular ingredients for human consumption. Ascophyllum extract has long been used as an organic fertilizer in many varieties of crops for the combination of both macroelements (N, P, K, Ca, Mg, S) and microelements (Mn, Cu, Fe, Zn, etc) .
In addition, for several years it has been particularly studied for the numerous applications in the health field. The powder of this alga provides an important amount of vitamins, minerals, trace elements and amino acids. It is indicated in case of thyroid problems, urinary tract infections, gallbladder stones, intestinal inflammations and stomach ulcers. Regulates blood pressure and cholesterol levels. It favors the expulsion of metals such as lead and mercury from the body.
Its qualities are determined by its biological value as it contains minerals such as selenium, iron and zinc. There are also tyrosine, vitamins of group B (including B12) and vitamins A, C, D, E, H, K. All substances, these, which promote the absorption of iodine, thus supporting concentration, metabolism energy, normal thyroid function and the production of thyroid hormones.
Furthermore, thanks to the presence of dietary fibers (alginates, fucoidan and mannitol): these, by creating a viscous gel, help improve the detoxification processes, and in this way the body gets rid of the chemical additives contained in food and environmental pollutants.
As for possible contraindications, to date they are not known. Thanks to its complete and balanced content of nutrients, it can be a valid nutritional support useful for balancing and strengthening the body’s ability to restore good health.

Preparation method –
Ascophyllum nodosum is found in formulations both as preparations for human use and in for fertilizers or other commercial uses.