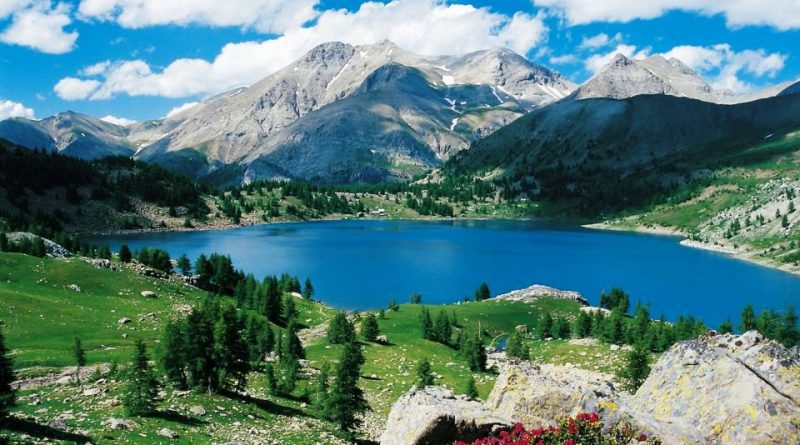 The Mercantour National Park, whose WDPA code is: 664 is one of the nine national parks in France.
This park is located in the departments of the Maritime Alps and the Alpes de Haute Provence.
The history of the Mercantour National Park began in the mid-14th century.
In 1859, in order to protect the fauna, the central territories of the Mercantour massif were classified as a “royal hunting reserve” by the Savoy king Vittorio Emanuele II; subsequently, in 1946, they were classified as a hunting reserve by prefectural decree and in 1953 by ministerial decree.
From an administrative point of view, the Mercantour National Park was established in 1979. Since 1987 it has been twinned with the neighboring Italian regional park of the Alpi Marittime natural park (on the Argentera massif) and with the latter the project of a European park.
In addition, in 1993, this park was awarded the European diploma for protected areas.
The Mercantour National Park covers an area that includes two departments, 28 municipalities, 68,500 hectares in the central area and 136,500 hectares in the peripheral area and, from the orographic point of view, the highest point is Mount Gelàs at 3,143 m.
Within the park there are eight valleys, which are: Roia Valley, Bevera Valley, Vesubia Valley, Tinea Valley, Cians Valley, Varo Valley, Ubaia Valley and Verdon Valley. 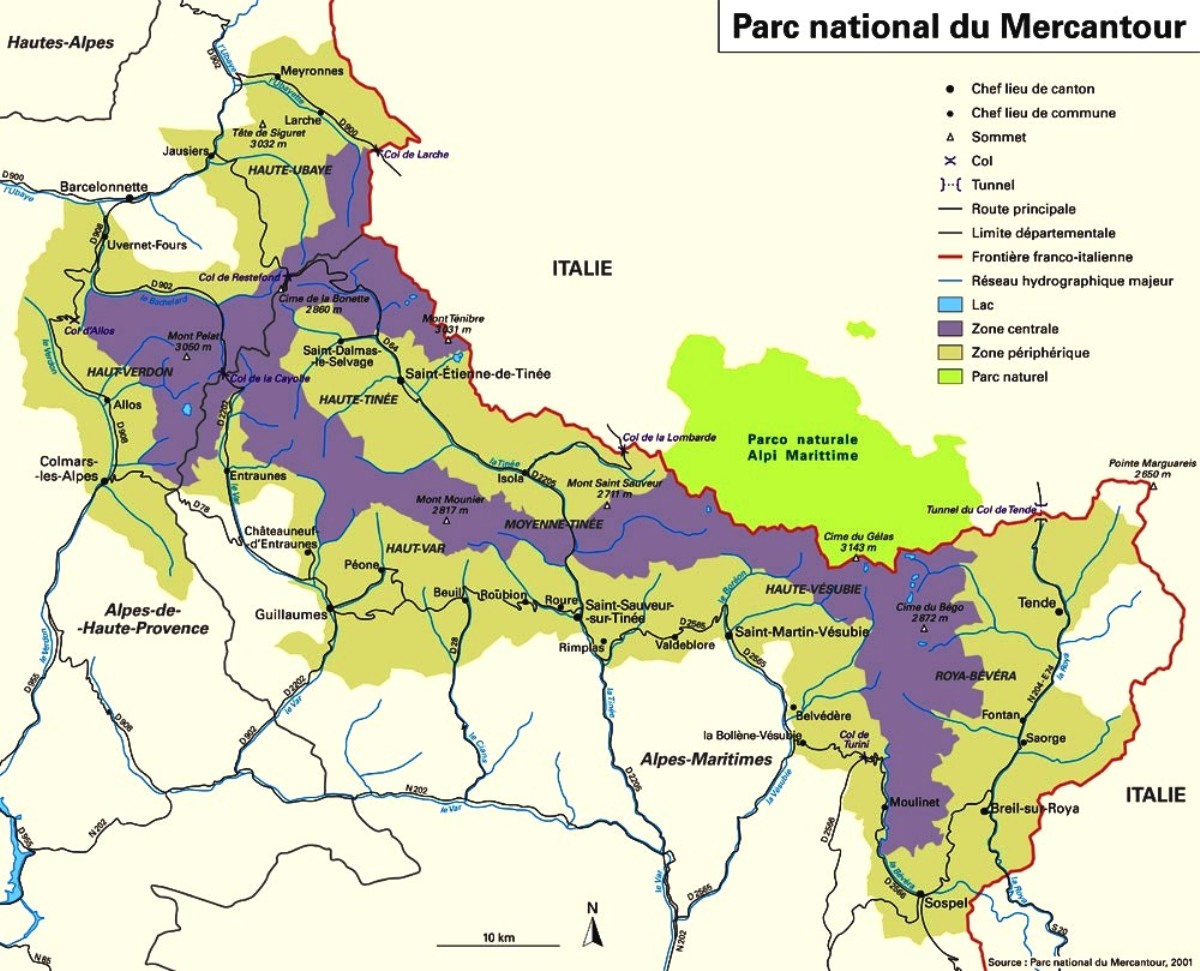 The morphology of this area was designed by the presence of numerous glaciers (such as the one on the top of Gelàs, on Mount Clapier or near Lake Allos, at the foot of Mount Pelat) which covered the heights of the massif until the beginning of the 20th century. With the erosion of the streams, they profoundly marked the morphology of the mountains and valleys.
Like many parks, protective action has become necessary to protect many endemisms of both flora and fauna.

Flora –
Due to the high morphological and climatic variability, the Mercantour National Park has more than 2,000 species of plants of which more than 40 are endemic, such as some saxifragaceous or orchidaceous.
The sides of the mountains are populated by broad-leaved trees (downy oak, Scots pine, holm oak) and conifers (fir, pine, and then larch and Swiss stone pine).

Fauna –
As mentioned, thanks to the establishment of this national team, many animals that ran the risk of disappearing have started to be present again in the Mercantour mountains. Today, inside the park we find deer, wild boar, roe deer, ibex (1,100 head), chamois (more than 8,000 head) and mouflons (introduced here from Corsica in 1949).
It is also possible to observe the bearded vulture (reintroduced in the park in 1993), the golden eagle, the black pheasant, the partridge, but also in altitude the alpine chough or the coral chough.
The park administration also had the heavy task of promoting the return of the Apennine wolves that came naturally from the neighboring Italian regions. This operation began in 1992 with a few dozen wolves coming from Italy.