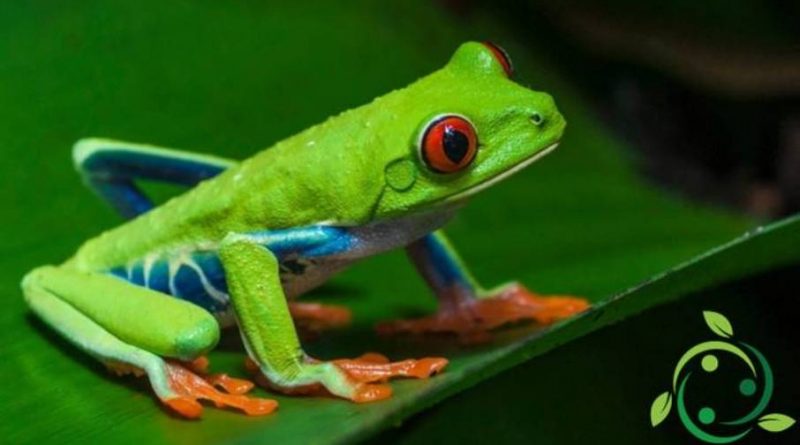 The term aposematism refers to the coloring that an animal can take, in part or the whole body, as a warning function against possible predators. However, there are no known examples of aposematism in the plant kingdom.
The term aposematism comes from the Greek ἀπό “from” and σῆμα -ατος “sign”, ἀποσεμαίνω “to give a contrary sign” and was coined by Edward Poulton in his 1890 essay The colors of Animals.
In a broader sense, the term indicates the issue of warning signals by an organism.
In general, animals that use aposematic colors are toxic or poisonous, or have an unpleasant taste for species that could use them as nourishment.
The coloring therefore has the function of removing the predator even before it begins its attack, with evident benefit of the prey for which even a simple bite could be fatal.
The mechanism of aposematism does not hinge on the genetic memory of predatory species, but rather on the individual memory of individual animals; in fact many aposematic creatures, once identified by a predator, flaunt visibility and slowness of movement.
It seems that this behavior serves to provide a strong visual stimulus to the predator, so as to favor the memory of any past negative experiences with animals of the same aposematic species or even of the same color.
In nature, the aposematic colors used by the various species are few: among the main colors are yellow, red, orange and blue; these are generally placed on a background that enhances their contrast: the background can be black or white, or another of the aposematic colors. Particularly common combinations are red and black and, even more, yellow and black.

Moreover, these colors are concentrated in areas that are particularly vulnerable or attackable by predators, for example the belly of salamanders, or they become more or less vivid and evident depending on certain environmental factors, such as temperature.
Furthermore, frequently, for similar or related species, not only the colors, but also the shapes become analogous. It has been speculated that this expedient facilitates the survival of the aposematic species which can thus count on the previous “training” of the predator by other aposematic species that use their own colors.
Aposematism is widespread in the animal kingdom:
Among the gastropods numerous species of nudibranchs;
Among the insects: the bee, the wasp, the ladybug, numerous butterflies including the zigenidi, the red and black bug and some species of ants such as the fire ant. In addition, the caterpillars of different species make use of aposematic colors.
Among the spiders: the badass
Among the fish: surgeon fish;
Among the amphibians are numerous aposematic species of tropical frogs, including the so-called “arrow frog” used by the natives to poison their arrows, and salamanders, including the well-known yellow / black spotted salamander;
Among the reptiles: the feared coral snake;
Among mammals: the American skunk with a well-known black and white color.