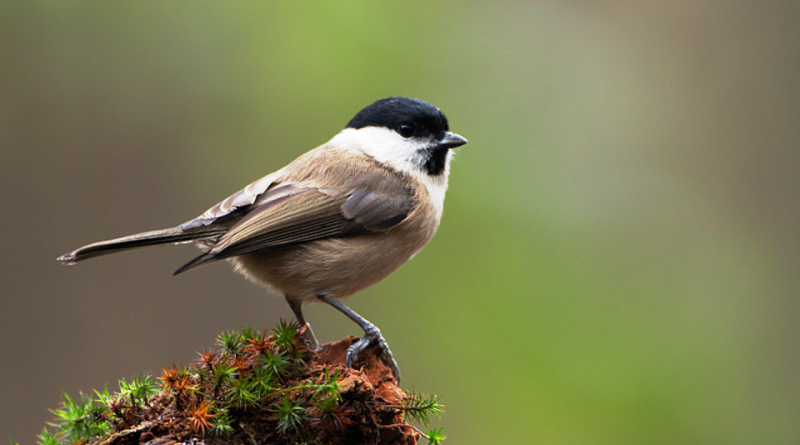 The Marsh tit (Poecile palustris (Linnaeus, 1758)) is a small passerine bird belonging to the Paridae family.

Geographical Distribution and Habitat –
The Marsh tit is present in almost all of Europe except in the regions in the far north.
In Italy it is present throughout the north-central area even if in an uneven way and is less frequent in the south and absent in Sardinia.
Its habitat is that of oak groves and deciduous forests in general, although it can be found in parks and gardens, especially during the winter season.
This bird nests in the Alps, the Apennines and the Nebrodi Mountains in Sicily. 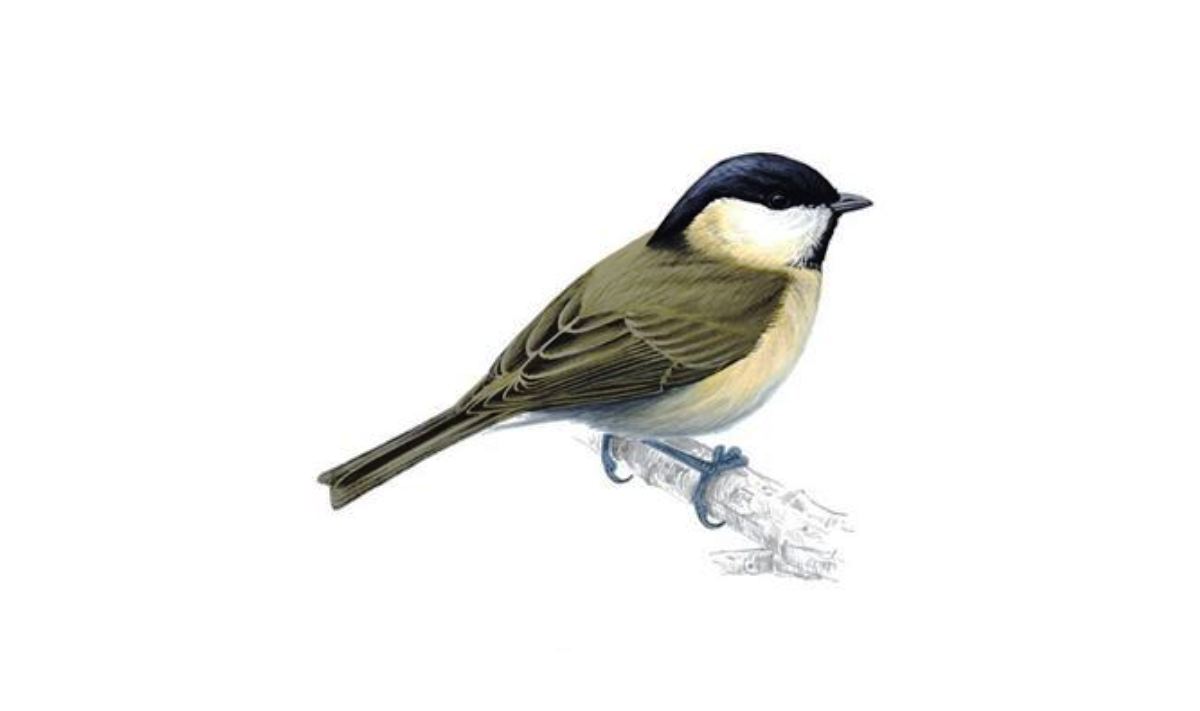 Description –
Poecile palustris is a small bird that stands out for its brown-colored plumage on the back, wings and tail, while it is lighter on the abdomen with a characteristic black hood and white cheeks.
The head, in the upper part, is black to the eye, while cheeks, ears and almost to the nape of the neck are white. On the throat there is a black bib. The chest, abdomen and belly are dirty white – light fawn. The beak and legs are gray. Young people are quite similar to adults.
It has no sexual dimorphism and has a length of 12 cm for a wingspan of 19-21 cm.
The song of the titmouse is a well-ringing nasal “ptciu”, repeated several times.

Biology –
In the spring the Marsh tit builds a nest especially in the pre-existing cavities of trunks, stumps and roots, occasionally in tunnels and crevices of walls, using moss, hare hair and wild rabbits.
In the period from April to June it lays 7-10 eggs, which are white with brown spots, and which are mainly incubated by the female. Incubation lasts from 13 to 17 days and both parents take care of finding food until the children are self-sufficient.
The maturity of these for the first fledging occurs after 2-3 weeks.

Ecological role –
The Marsh tit, as well as other similar species, is an insectivorous bird that supplements its diet with small fruits, seeds and honey.
The range of the Italian population is vast (greater than 20000 km², Boitani et al. 2002), the number of mature individuals is estimated at 60000-200000 (BirdLife International 2004, Brichetti & Fracasso 2011) and was stable in the 2000 period -2010. The species in Italy is still abundant and not subject to specific threats. It therefore does not seem to reach the conditions to be classified within one of the threat categories (population decline of 30% in three generations, reduced number of mature individuals, restricted area) and is therefore classified as a minor concern (LC).
The Italian population is estimated at 30,000-100,000 couples but the trend is unknown (BirdLife International 2004).