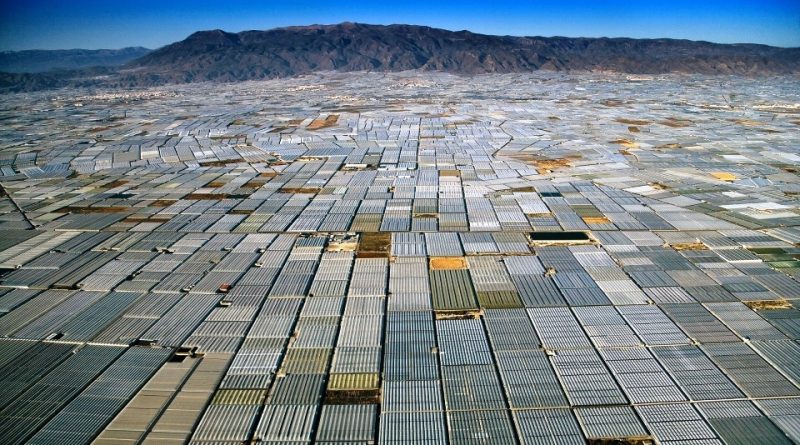 World context –
According to a recent study, published by the Proceedings of the National Academy of Sciences, world plastic production has gone from 15 million tons in 1964 to over 310 million today. Every year at least 8 million tons of plastic end up in the world’s oceans and, to date, it is estimated that there are more than 150 million tons of plastic in the seas around the world.
If the trend remains the current one, in 2025 the oceans will have a proportion of one ton of plastic for every 3 tons of fish while in 2050, with its 34 billion tons, we will have, by weight, in the world’s oceans more plastic what fish…. and plastic is not eaten.
At the current rate of growth, the world produces 240 million tons of plastic per year of which only 3% is recycled; in other words, just over 96% of the plastic produced worldwide is not recycled and moreover plastic production absorbs 8% of world oil production.
Plastic contributes dramatically to climate change and dispersed in the environment continues to produce greenhouse gases. In 2019 alone, its production, incineration and disposal added more than 850 million tons of CO2 to the atmosphere. A huge amount, equal to the pollution of 189 new 500 megawatt coal plants.
In Italy, the figures are similar in percentage even if, to tell the truth, something has changed in recent years. However, in the absence of resolutive policies that act at the root of the problem, plastic will continue to be a serious threat to the environment. The National Consortium for the collection, recycling and recovery of plastic packaging (Corepla) highlights that, despite the efforts made by Italian citizens, the recycling of this material is still a complex affair: today only 43.5 percent it is actually transformed into new objects – which are often of a lower quality than the original ones – while 40% end up in waste-to-energy plants for the production of energy and 16.5% even go to landfills.
Unfortunately, agriculture plays a particularly negative role in this share of plastic materials.
Protected agriculture in the world covers over 3 million hectares, between greenhouses and tunnels and about 70% of protected crops use flexible plastic films. Overall, agriculture produces between 3 and 6% of all plastic waste produced globally. According to estimates by the European Plastic Materials Association, the volume of plastic films used in agriculture amounts to 500 thousand tons, including films for greenhouses, mulches and irrigation systems.

Italian context –
It is estimated that in Italy, out of the total surface used exclusively for greenhouse crops, 85 thousand tons of plastic waste are produced, of which over 40 thousand deriving from mulching alone. To these are added those deriving from irrigation, about 63 thousand tons, and those for containers of crop protection products, bags of fertilizers, packaging for the collection and storage of agricultural products, etc., another 63 thousand tons. If we consider that the world production of plastic is growing at a rate of 3.5% per year, it means that every 20 years, if no remedies are made, the quantity of plastic produced could double.
In short, the primary sector makes a great use of plastic products, often disposable, which once their usefulness ends, end up in landfills or accumulated in a corner of farms.
In some countries some laws have imposed a ban on burning plastic waste to avoid harmful fumes. But farmers who bring waste to recovery centers are still a minority.
To the analysis of data relating to the uses of plastic materials in agriculture, one must add that determined by some market laws, imposed by the large-scale distribution, but which today have led to increasingly marginal gains for those who had chosen the protected arrangements to get better prices. We refer in particular to protections with plastic films to anticipate or postpone some productions such as some vegetables or as fruit productions, table grapes above all.
The latest events linked to COVID19 have accentuated a trend that was in fact already underway, such as the collapse of these prices, including that of cantaloupes, melons, other vegetables and table grapes.

Agri-food question –
In recent times, attention to a healthy diet could not fail to involve agricultural products obtained out of seasons. The climatic conditions of the agricultural products ripened during their season are obviously higher than those produced with forced systems. The presence of essential oils, vitamins, minerals and everything else is notoriously better in products matured according to nature.
Especially for children, eating seasonal products, as also highlighted by recent campaigns by the Ministry of Health, means “health”. Each fruit and vegetable has a certain characteristic composition and implementing a distribution according to the seasons means naturally diversifying the intake of vitamins and minerals. In this way, especially the youngest sections of the population can absorb the right mix of fundamental substances to satisfy all its needs, implementing a balanced and healthy diet.
Moreover, production, especially in the greenhouse, often means having to make up for an acceleration of pathogenic factors that often resolve themselves with a greater use of agrochemicals which further worsen the organoleptic characteristics of these products.
Greenhouse or tunnel crops can hardly enter into association with the other company crops, making the hypothesis of crops obtained with agro-ecological techniques and therefore more respectful of the eco-systemic balance of the environment in which are carried out.

Social and environmental issue –
In addition to the obvious negative aspects related to the contribution of plastic materials deriving from this agricultural model, two other aspects must be highlighted, in some ways even worse.
It is known that greenhouse cultivations, beyond the greater economic impact for the realization of these preparations, entail a greater emission of climate-changing gases which, according to some estimates, can reach up to 70 times those coming from conventional production. These emissions are also linked to the greater use of irrigation water and consequent systems, not in line with what are today the needs to limit the use of water in agriculture and improve its efficiency.
A greenhouse gas emission not justified by any economic profit obtained by individual farms that weighs heavily on the future of our land.
If we add to this the percentage increase in the use of pesticides used in protected crops, with the increase in the percentage of deaths of workers in the sector and those deriving from the consumption of products that should not be suitable even for animal feed, well it is clear how a decided and programmed remedy should be adopted.
Today in the world there are, twenty-six million cases of poisoning per year, over 71 thousand per day (more or less the inhabitants of a large city like Pavia), due to the impact of acute pesticide intoxication. To these must be added the effect of small doses repeated over time, on which the attention of the scientific community has been focusing in recent years, which determine a significant increase in the risk of chronic-degenerative diseases (cancer, diabetes, neurodegenerative diseases, diseases cardiovascular, reproductive disorders).
For this reason the theorem of protected production, with the exception of some nursery and other more marginal activities, no longer has reason to exist.
However, how can we convert a very politically complex sector due to the evident negative effects of a very short period but to the undeniable social and ecological advantages of the medium-long term.
It was above all the FAO that took these factors into consideration, indicating the only way out of this vortex from which it seems difficult to get out in the need for agroecological conversion of agricultural production.

Remedies and possible proposals –
Obviously the remedies to such a question cannot be immediate even if the questions would require very rapid solutions to avoid an ecological and therefore social catastrophe of immense proportions.
In addition to speeding up the recycling of already existing plastic materials, the simplest solution is to completely ban the use of conventional plastics in favor of recyclable ones. In this context, it is necessary to immediately consider the possibility of financial and fiscal support for operators who will have to “convert” to these materials.
However, a broader plan must be implemented considering the transition from protected crops to an agroecological model.
This obviously entails a reorganization between the offer of these products, which are normally intended for large-scale distribution, and consumption. A conversion of this type is equivalent to saying that “converted” farmers will have to remodel their production according to a local target, thus decreasing the specialization of entire areas towards productive diversification suitable for a shorter-range market.
It also means rethinking different market systems where the producer / consumer relationship is finally more balanced. The advantage of this conversion is also the decrease in transport mileage which has been increasing more and more in recent decades.
Company conversion plan –
A voluntary voluntary farm conversion plan is therefore needed, which provides for a period of 5-10 years of support for these farmers.
This plan must provide detailed support for the abandonment of protected crop production, the replacement of plastic materials, the possibility of using plant mulches to replace plastic films and the conversion in the agro-ecological direction of these crops.
The plan must be presented as an extraordinary support system for families and sector operators with an extraordinary intervention aimed at supporting the income deriving from agricultural activity and as a support system for technical assistance and training for agro-ecological conversion.
The funds necessary for this intervention are not to be framed in the Agricultural Support Programs (such as the RDP, which will be discussed later) but with a Climate Funding to be discussed beforehand at central European level and framed in the broader theme linked to Agenda 2030 .
In parallel, the next RDP (2020-2027) which could in any case slip due to the events related to COVID-19 can only align itself with this vision by systematically excluding funding for projects or works in contrast with this vision.
This Plan must be discussed in the regional, national and European areas but must immediately find the preparation of proposal documents and unequivocal guidelines.