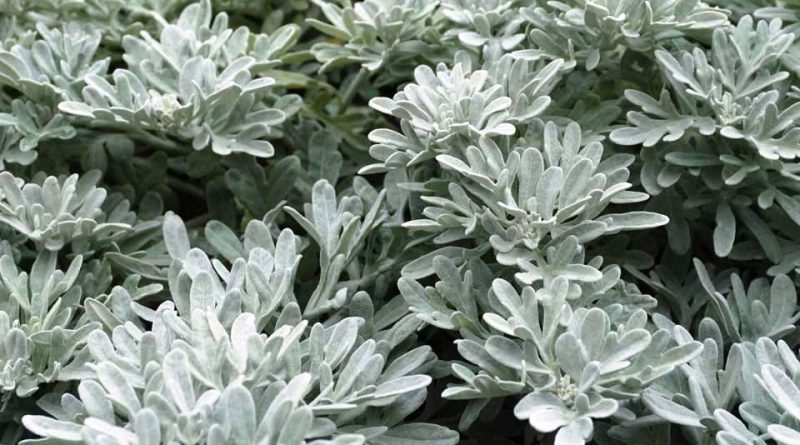 Etymology –
The term Artemisia comes from Ἄρτεμις Artemis Artemide, Greek name of the goddess Diana, a genus already mentioned in Pliny; according to some authors, Artemisia II of Caria (Αρτεμισία Artemisía? -350 BC), sister and wife of Mausolus, would have given her name to this plant.
The specific Stellerian epithet is in honor of Georg Wilhelm Steller (1709-1746), German explorer and naturalist who participated in the second expedition of V. Bering to Siberia, Kamchatka and Alaska.

Geographical Distribution and Habitat –
Artemisia stelleriana is a plant native to China (Heixiazi island in Heilongjiang province) and present in Japan, Korea, the Russian Far East (Sakhalin, Kuril Islands, Yakutia, Kamchatka Peninsula) and Aleutian Islands in the United States.
The species is widely cultivated as an ornamental and naturalized in various places in North America, mainly on coastal dunes and other sandy locations, as well as in Scandinavia. 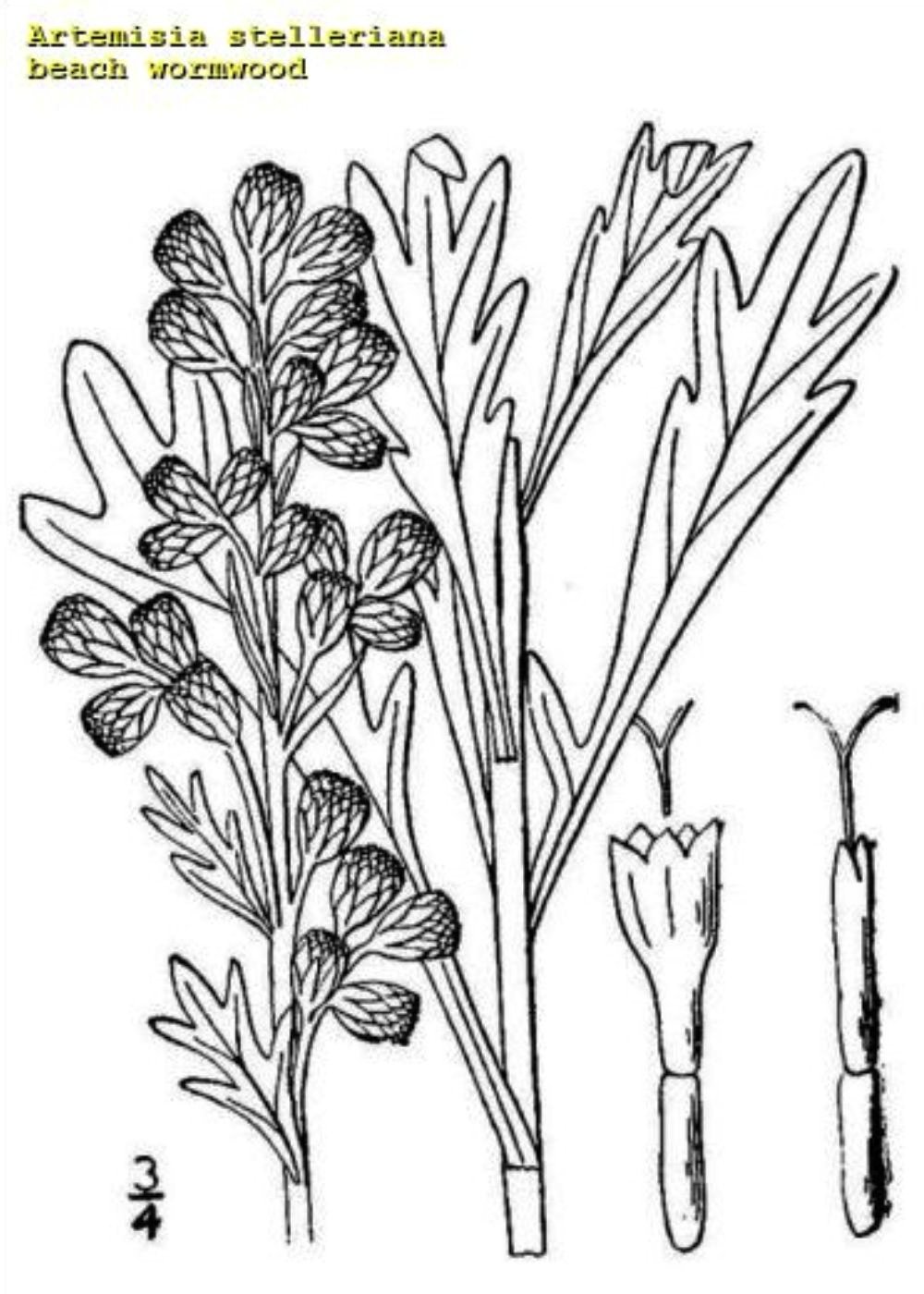 Description –
Artemisia stelleriana is a perennial herbaceous species with a prostrate bearing similar to other Artemisia species, which reaches a maximum height of 20 cm – 25 cm and is recognized for its light green to white leaves, which are covered on both sides. surfaces with thick trichomes, giving it a silver or whitish appearance.
The flowers are yellow in color and grow in tall clusters.
The antesis is between July and late August.

Cultivation –
Hoary mugwort is a plant that grows vigorously in dry and hot climates.
It is a plant that is grown mainly for ornamental purposes and can reproduce either by seed, with spring sowing or by cutting.
It prefers well-drained, loose, possibly calcareous and fertilized soils with organic substance in early spring.
If it lives in the open ground, it is necessary to wet occasionally in the vegetative months, approximately from April to October. If planted in pots, water regularly from March to October.
Pruning consists in regularly removing wilted flowers if you don’t want to produce the seeds. In particular, at the end of flowering, clean up the dry parts, leaving the basal leaves.
It is a plant that survives between -10 and 40 ° C.
Of this species, several cultivars have been selected which differ in both the color of the leaves and the plant habit.

Uses and Traditions –
Artemisia stelleriana is a plant with properties and uses similar to other Artemisia species due to the presence of essential oils but which is mainly cultivated for ornamental use.
There is little information on its uses for therapeutic purposes in the medical traditions of the countries of origin.
Several cultivars of this species have been selected, among which are:
– Boughton Silver which is probably the best known cultivar.
– Valerie Finnis, selected in the United Kingdom.
– Nana, which is a more upright form (30 cm), but loose with shallower silver leaves, also grown in the United Kingdom.
– Elsworth, which is a taller form (45 cm) with more deeply cut silver leaves.
– Shemya, shorter selection (30 cm) with silver green leaves.

Method of Preparation –
The leaves of this plant, although with its similarities with other artemisias, are used for therapeutic purposes or for uses in the liquor store. But, we repeat, the indications in this sense are very fragmented.