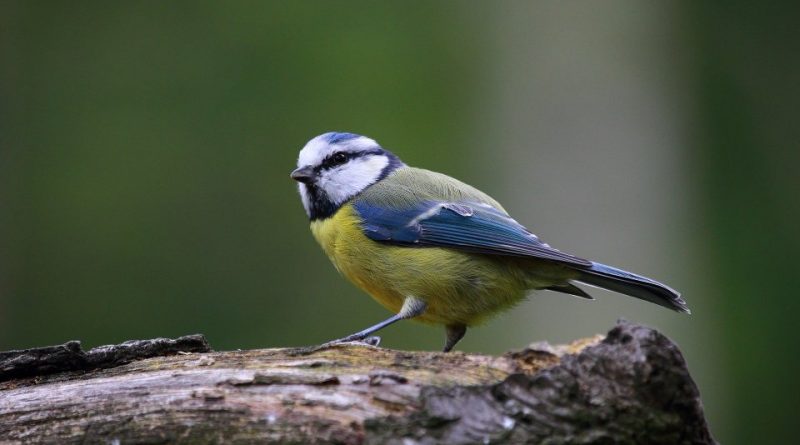 The Eurasian blue tit (Cyanistes caeruleus (Linnaeus, 1758)) is a bird belonging to the Paridae family.

Geographical Distribution and Habitat –
The blue tit is a passerine bird that is present in Europe, northern Africa and south-western Asia.
This species in Italy is nesting and sedentary, rather common.
Its habitat is mainly that of hilly and flat forests, above all of broad-leaved trees at altitudes below 1500 m s.l.m., while it is rarely found in those of conifers; however, it also frequents orchards and cultivated areas where it looks for food. 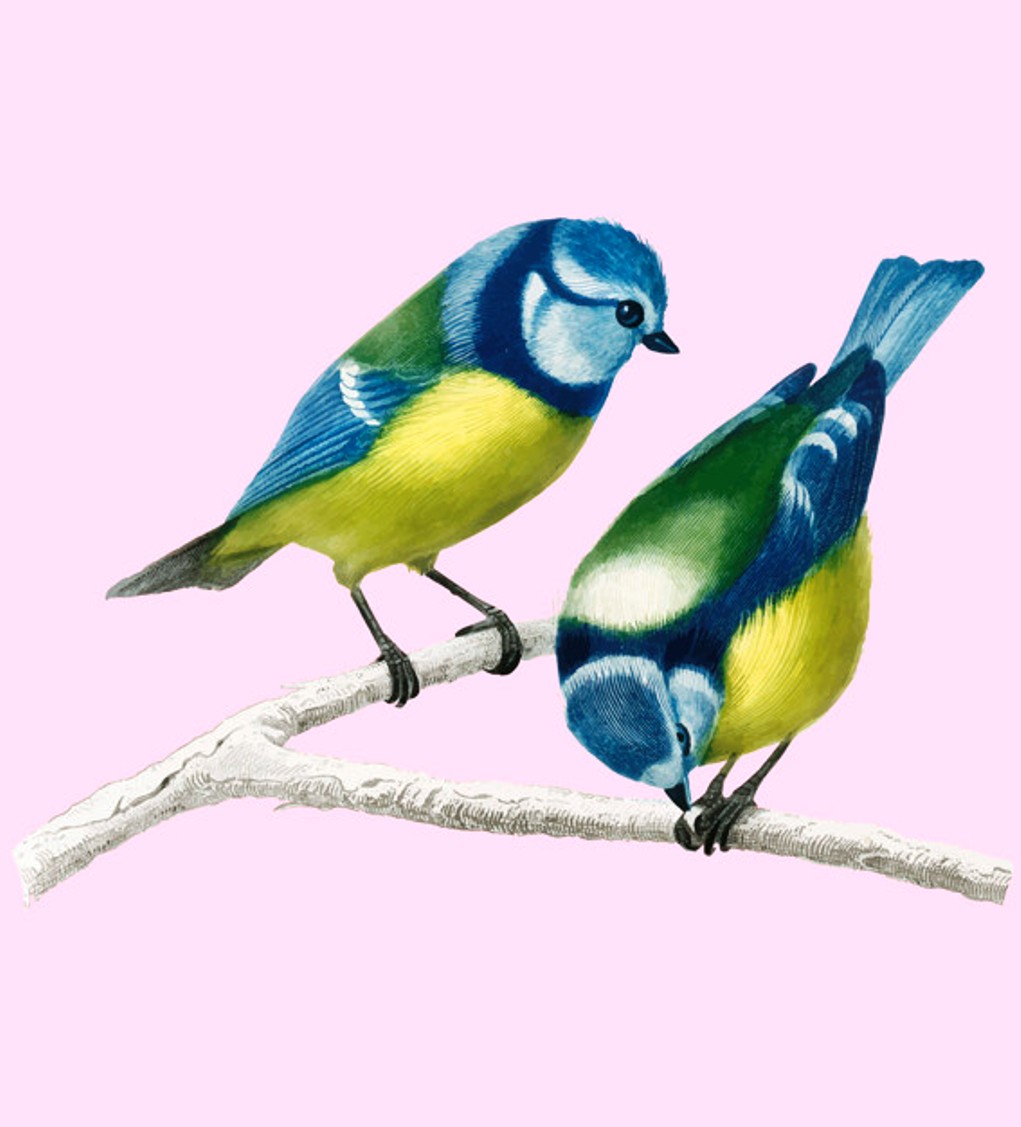 Description –
The Blue Tit is a bird with dimensions of 11-12 cm in length, 18-20 cm in wingspan and a weight that oscillates around 12 grams.
It is recognized for its very lively plumage, cobalt blue in color on the neck, on the wings and on the tail, while it is greenish on the back; it also features a white mask, crossed by a black line at eye level, and a sulfur yellow chest (in both sexes).
It has a pointed black beak and short and robust legs, gray-blue in color. The young have a much more yellow livery than the adult specimens and are recognized for their particularly playful behavior.
It is also recognized for the singing which is very articulated and can be heard all year round but mostly in the period from February to June. This varies between a lively teerrrr, tee, tee, tee to a cheeky churr.

Biology –
The blue tit has a mating period that begins in February, after which it begins to build a nest, made using moss, wool, hair and feathers, in any cavity of trees, stumps, walls or in artificial nests. The same nest can be used for subsequent years and constantly protected during hatching.
During this period, if disturbed while in the nest, the blue tit emits a hiss similar to that of snakes, and can try to jump in an attempt to intimidate the attacker.
In the period from April and May 7-11 eggs are laid with white shell mottled by dark spots and hatched for about 15 days, by both parents.
Another 15-20 days will pass for the young to grow to the point where they can leave the nest.

Ecological role –
The blue tit is an insectivorous bird that plays an important role in the containment of these both in natural habitats and in orchards but also feeds on small invertebrates such as spiders and sometimes this species can feed, especially in winter, also on seeds, berries and fruit.
His favorite food consists of coccidia, aphids, larvae, spiders and small invertebrates found on trees.
The area of ​​the Italian population is vast (greater than 20000 km², Boitani et al. 2002). The number of mature individuals is estimated at 1-2 million (BirdLife International 2004, Brichetti & Fracasso 2011) and the population has increased in the period 2000-2010 (LIPU & National Rural Network 2011). The species therefore does not seem to reach the conditions to be classified within one of the threat categories (population decline of 30% in three generations, reduced number of mature individuals, restricted area) and is therefore classified as a minor concern (LC).