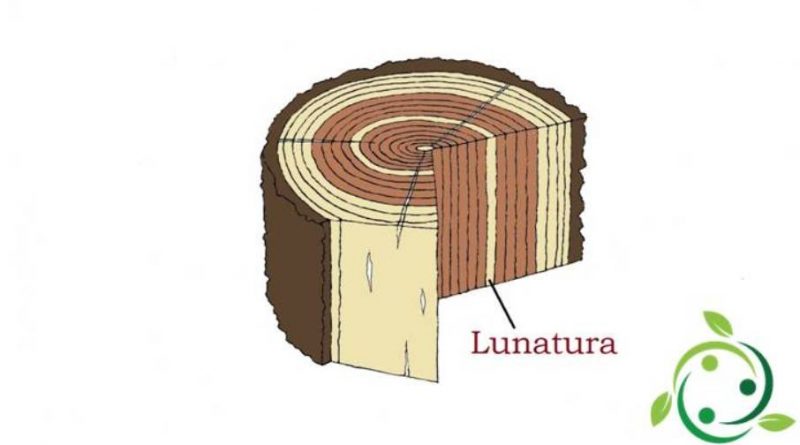 Lunation is a typical phenomenon that occurs in the trees that have suffered from the frost and therefore the internal part of the sapwood is affected; in this case these layers of dead cells do not turn into heartwood.
There are therefore distortions of the fibers, eccentricity of the marrow and consequent irregularities of the rings (lunations), as well as irregularities of thickness between the different fabrics.
The lunation, in addition to the defects caused by the various parasites, is morphological in nature and originated from environmental conditions in which the tree lived.

In the lunation or double sapwood, the sapwood cells closest to the heartwood are atrophied, causing their detachment and preventing their transformation into heartwood; then, over time, a new sapwood is formed that will proceed normally, becoming heartwood in turn, but the frozen sapwood part will always remain an area in its own right and will never be solidly integrated into the trunk which, once reduced to planks, will give origin of hardly usable wood.
In the lunatura there is thus the formation of a tender growth ring in the middle of other hard rings.