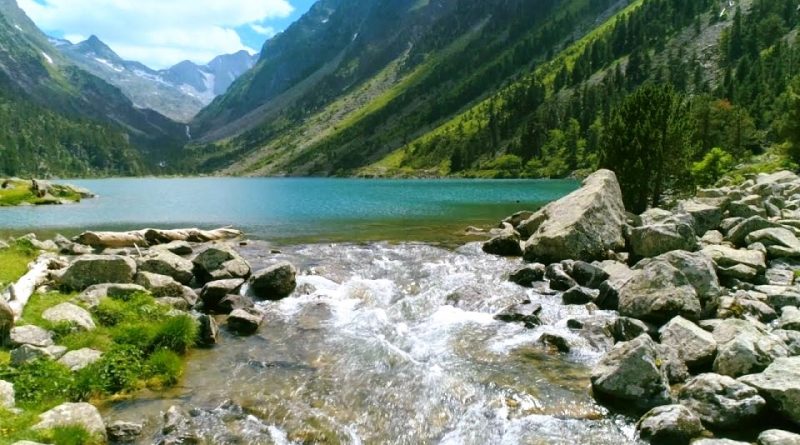 The Pyrenees National Park, identified with the WDPA Code 662, is one of the ten national parks of France, which occupies south of France, the area east of the Pyrenees mountain range, straddling the departments of the Upper Pyrenees, in the region of Occitania and the Pyrenees Atlantiques, in the region of New Aquitaine.
The Pyrenees National Park, also known as the Western Pyrenees National Park, was established in 1957 and has an area of ​​45,707 hectares.
The park, established by decree 67-265 of 23 March 1967, has had an administrative headquarters, since 2008 in Tarbes, in Villa Fould, a building dating back to 1850, so called because it belongs to Achille Fould, politician of the Second French Empire and minister of state under Napoleon III.
The Pyrenees National Park was designed and established to preserve the beauty of the places and to protect the animal and plant species threatened by the risk of extinction.
Geographically, the area of ​​the Park extends from the Aspe Valley in the west to the Aure Valley in the east: 60% of the area falls within the department of the Hautes-Pyrénées; a peripheral area of ​​206,352 hectares, which encompasses 86 municipalities, and which enjoys the privileges of the park.
Inside the park there are about 230 lakes and some of the most famous peaks in the Pyrenees, including the highest one in the French territory of Vignemale.
In this park wild life and natural beauty are totally preserved. From here you can admire the highest peaks of the Pyrenees chain: Pic du Midi d’Ossau, Balaitous, Vignemale, Marboré, the circuses of Gavarnie, Lys, Troumouse, d’Estaubé, Barroude, and some natural wonders such as the famous waterfalls of the Ponte di Spagna, or the Brèche de Roland.
Together with the Ordesa and Monte Perdido national park and the Néouvielle nature reserve, they form the Pyrenees-Monte Perdido, a vast mountainous area between France and Spain, which in 1997 was declared a World Heritage Site by UNESCO.
From the landscape point of view you can admire: the valleys of Aure, Aspe, Azun, Marcadau, Cauterets, Luz, Ossau, Ossoue, Lutour, Especières, the lakes of Gaube, Estaing, Bious-Artigues, Oule, Suyen, Orédon, Cap-de-Long and the Pont d’Espagne, the circus of Gavarnie, Troumouse and Estaubé.
The best time to visit it is between the months of May and September – October, although the park is interesting all year round.
The Pyrenees National Park, from an ecological point of view, is one of the richest in France.
Furthermore, during the summer, it is possible to come across shepherds and flocks of sheep that with their products make the area a popular tourist destination. 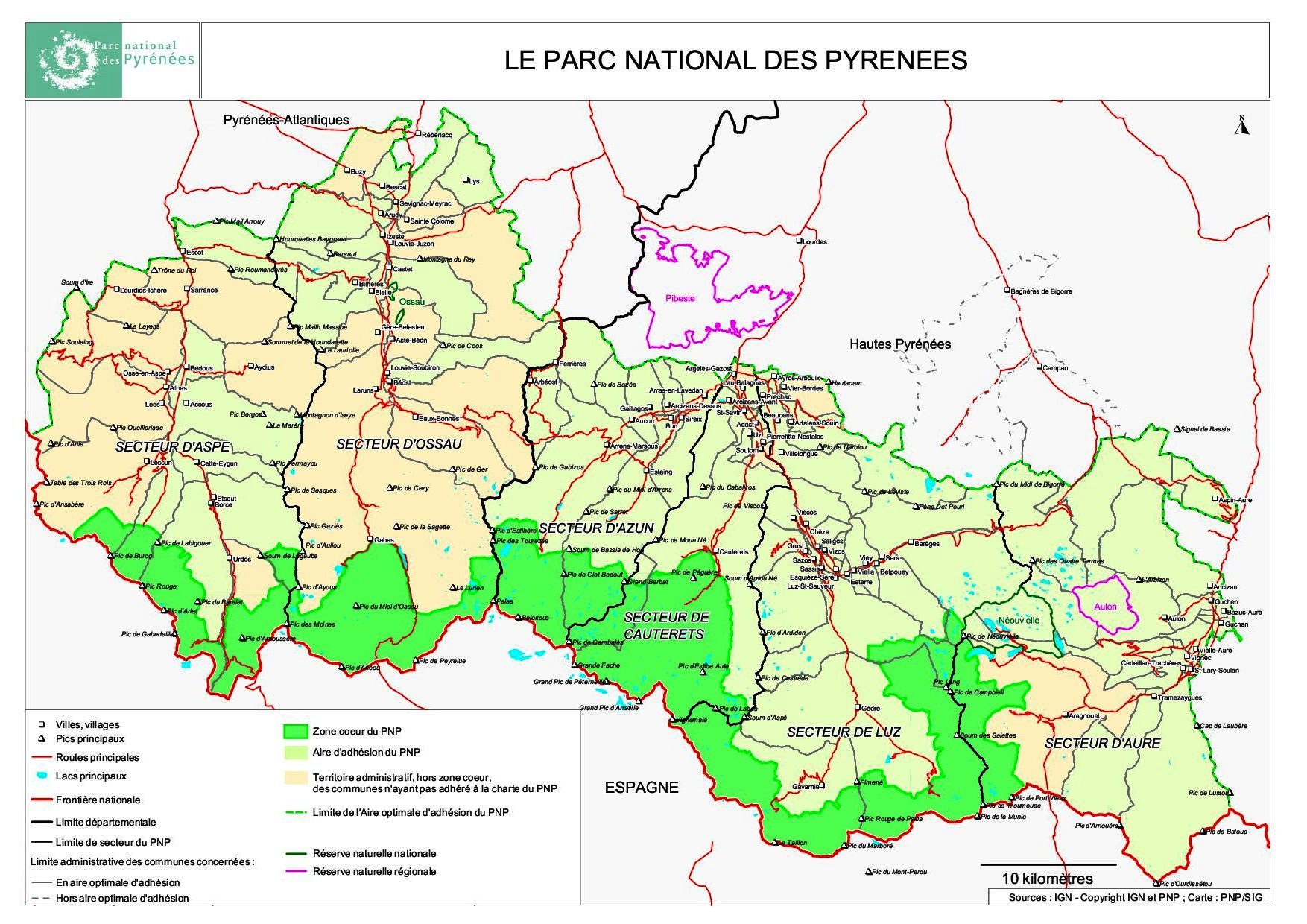 Flora –
The biodiversity of the park is interesting, with around 12% of endemic floristic species.
The park is characterized by splendid landscapes made of coniferous forests, large meadows, areas dedicated to grazing, heaths and immense waterfalls that pierce the territory in large crevices.
In the mountain horizon there is a considerable coverage of the territory with characteristic tall trees such as beech, Scots pine and silver fir intertwined from moorlands. In the Alpine plain, pioneer vegetation persists between the stony grounds and pastures, while in the subalpine one prevailing mountain pines, birches, rhododendrons.

Fauna –
From the point of view of fauna biodiversity, the Pyrenees National Park is home to 150 plant species, 1,000 species of beetles, 300 of butterflies and then chamois, a symbol of the park, vultures, golden eagles, bears, lynx and marmots, the latter introduced by the Alps and growing fast. There is also an aquatic animal endemic to the area, the Pyrenean desman, a mole with a long proboscis, and the euprotto, a newt that prefers lakes and streams.
Many of these species are unique specimens that find their natural habitat in the areas adjacent to the Pyrenees mountain ranges.
The most representative species among the birds are the mighty golden eagle, the vulture, the night kite, the peregrine falcon, the bearded vulture and small birds such as the black woodpecker, the chough, the partridge and the partridge.
In 2014, the first specimens of Gredos ibex from the Sierra de Guadarrama National Park were reintroduced. In 2019, about 160 ibex lived in the park’s territory.