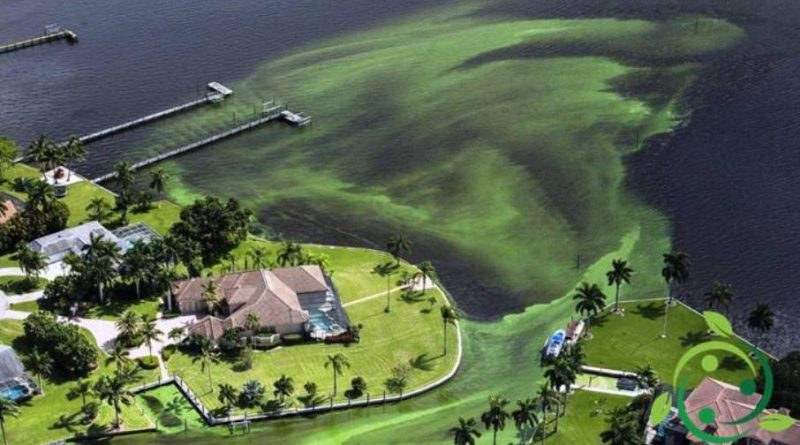 The term eutrophication refers to the phenomenon that causes the excessive growth of plant organisms, due to the presence in the aquatic ecosystem of high doses of nutrients such as nitrogen, phosphorus or sulfur, coming from natural or anthropic sources (such as fertilizers, certain types of detergents, domestic or industrial waste water), and the consequent degradation of the environment which has become asphyxiated.
The term eutrophication comes from the Greek eutrophia (eu = “good”, trophè = “nourishment”) and indicates an abundance of nutrients in a given environment.
Eutrophication occurs mainly with excessive presence of nitrates and phosphates (especially the presence in the water of Na5P3O10, a chelating agent for Ca2 + and Mg2 + ions) in an aquatic environment.
Eutrophication is almost always determined by the introduction, in lakes or shallow seas or with scarce water exchange, of large quantities of mineral substances, coming from agriculture and from uncleaned sewage discharges, rich in organic matter in suspension. The degradation of biomass produces toxic substances that reduce the oxygen present in the water, up to the anoxia (lack of oxygen) which causes the death of aquatic animals.

With eutrophication there is thus the proliferation of microscopic algae which, in turn, not being disposed of by primary consumers, result in greater bacterial activity; thus increases global oxygen consumption, and the lack of the latter causes the death of fish and other organisms that live in the water in the long run.
Under these conditions, instead of aerobic microorganisms (which need oxygen), anaerobic microorganisms take over (which do not need oxygen) which develop toxic and foul-smelling substances.
In general, the effects of eutrophication are:
– increase of phytoplankton biomass;
– development of toxic phytoplankton species;
– increase in the quantity of gelatinous algae (mucilage);
– increase of aquatic plants near the coasts;
– increased turbidity and bad odor of the water;
– decrease in the amount of oxygen dissolved in the water;
– decrease in biotic diversity;
– disappearance of some valuable fish species (salmonids).
Eutrophication is unfortunately a very common phenomenon in all parts of the world where activities, starting from the twentieth century, are causing serious and concrete problems to the ecological balance and the safety of human life itself.