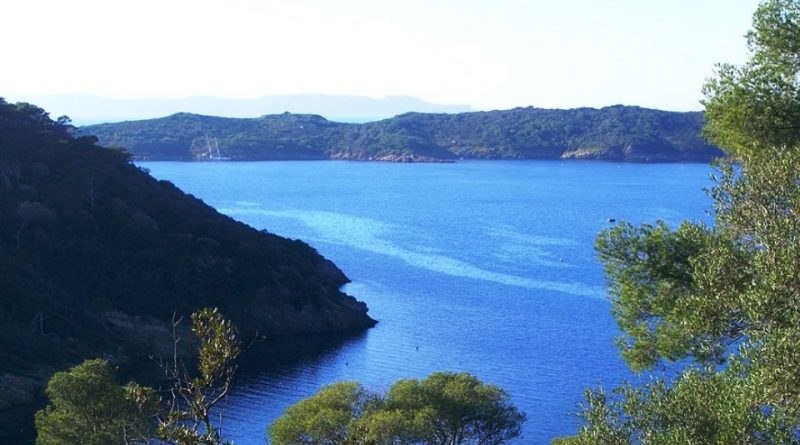 Port-Cros national park is a national park in France with the WDPA code 663, created on December 14, 1963.
Port-Cros National Park is the first land and marine park in Europe. Two areas, located on the islands of Porquerolles and Port-Cros, benefit from a high level of protection, due to the exceptional nature of their sites and the presence of numerous protected species.
The National Park, which extends over a marine area of ​​2,950 hectares and a land area of ​​1,671 hectares, has a considerable historical heritage, illustrated by Roman remains, about thirty wrecks and about twenty military forts.
Port-Cros National Park is the second oldest French national park and, currently, the most important operator in safeguarding the natural and cultural heritage of the Hyères archipelago. In 1997 the park was awarded the European diploma of protected areas, in recognition of its efforts, by the European Council. It is part of the Natura 2000 network.
In addition to managing the island of Port-Cros, from which it takes its name, the Park administers the natural and cultural heritages of nearby Porquerolles, where the National Center for the Conservation of Mediterranean Biodiversity of Porquerolles is located, which is in charge of safeguarding the flora wild and endangered species of the Mediterranean; also under the administration of the Park fall the Giens peninsula, the old salt flats of Hyères and Cape Lardier. The islands of Bagaud, Gabinière and Rascas are also included, with a marine perimeter of 600 m in width.
Since 1999 he has been dealing, for the French part, with the Pelagos Sanctuary, an 87,000 km² reserve for marine mammals in the Mediterranean, created by an agreement between France, Italy and the Principality of Monaco.
Furthermore, with the law of 14 April 2006 which profoundly changes the functioning of national parks in France, the relationship between the parks and the territorial communities in which they are inserted changes. The activity area of ​​the park therefore increases significantly.
The area is classified as a specially protected area of ​​Mediterranean interest.
Among the many activities proposed to nature lovers, the Port-Cros National Park has identified and equipped seven underwater trails, in many cases marked with surface buoys and illustrated with underwater descriptive panels.
If the bottom is rocky, it is easy to spot sea bream, scorpion fish, swivels and even cod. For the royal bream, however, you have to go towards the open sea, while seahorses and salps are at ease among algae and marine plants.
The more experienced, diving into the right places, can come across the archaeological evidence of this maritime area that two millennia ago and beyond saw Greek and Roman landings, or even in the wrecks of boats sunk along the streets of ancient trade or sinking in some battle maritime. 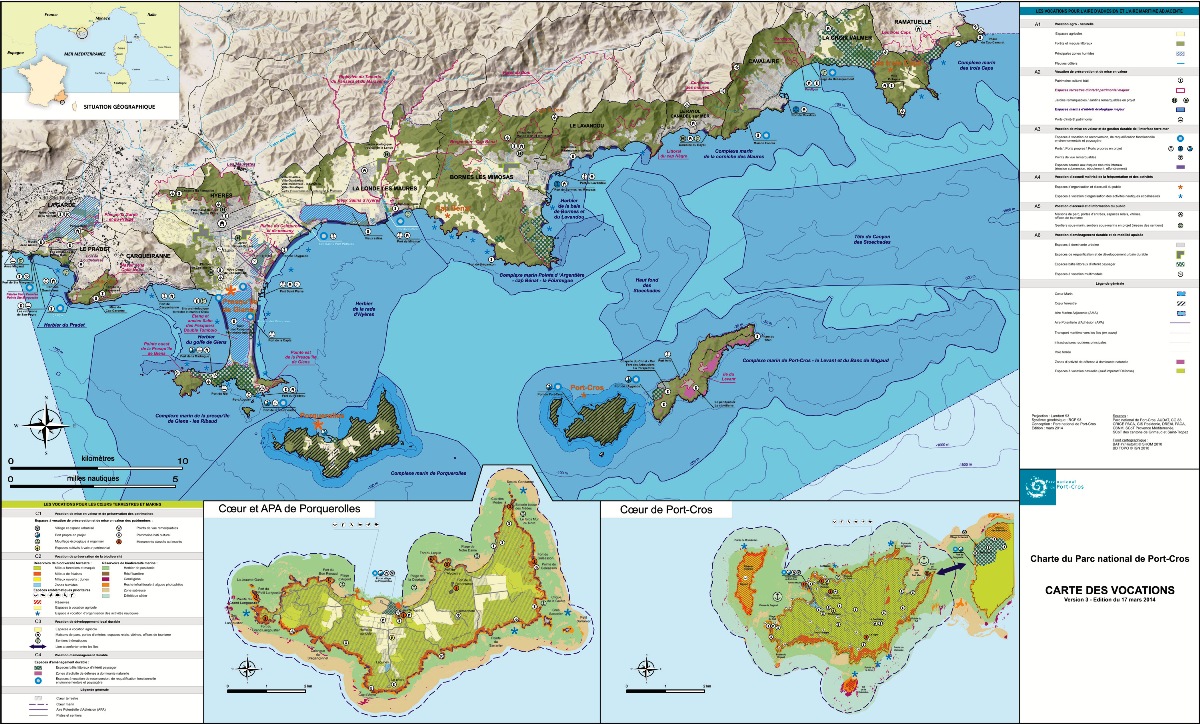 Flora –
Inside the Port-Cros National Park there is an incredible biodiversity with a very rich flora (over 600 terrestrial species and 500 species of algae).
In this habitat, terrestrial plant species have adapted to live on local siliceous soils and with the salt carried by the spray of the waves.

Fauna –
As for the fauna we find 144 species of birds and 180 species of fish, not to mention sponges, molluscs, crustaceans, echinoderms and other forms of underwater life.
The originality of the marine environment lies in its endemic submarine passages of the Mediterranean: posidonia and coral formations are in fact inhabited, as mentioned, by more than 180 species of fish and numerous invertebrates.
Preferred place of stopover for migratory birds, the territory also serves as a refuge for some endemic terrestrial species, such as the Sardinian discoglossus, a small batrace, and the European phylodactyl, a reptile in the process of regression.