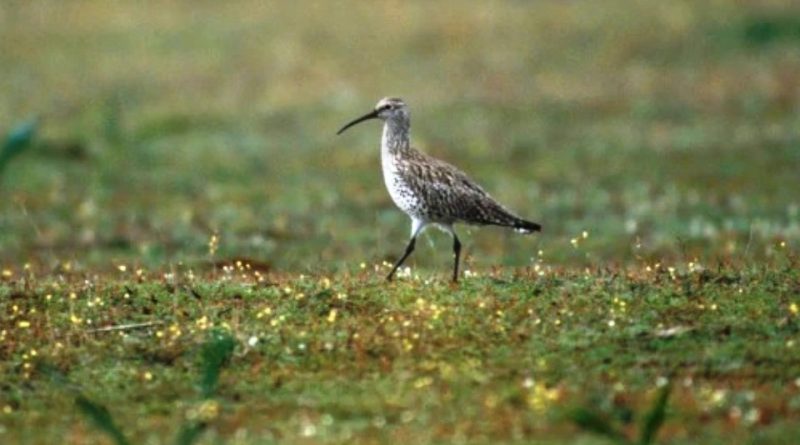 The slender-billed curlew (Numenius tenuirostris, Vieillot 1817) is a bird belonging to the Scolopacidae family.

Geographical Distribution and Habitat –
The slender-billed curlew is a very rare bird that lives in Eastern and Central-Eastern Europe, especially in Russia (Omsk region) where it nests, and Romania where it was last seen.
In past times it also wintered in Italy, in the Balkan states and in North Africa, in Turkey and in the states of the former Soviet Union. He was in step in central Europe (Germany, the Czech Republic, etc.) and western Europe (the United Kingdom, France, Belgium, etc.), and in Japan.
Its habitat is that of swamps, bogs and in the Siberia taiga where it reproduces and is migratory, previously wintering in shallow freshwater habitats around the Mediterranean. 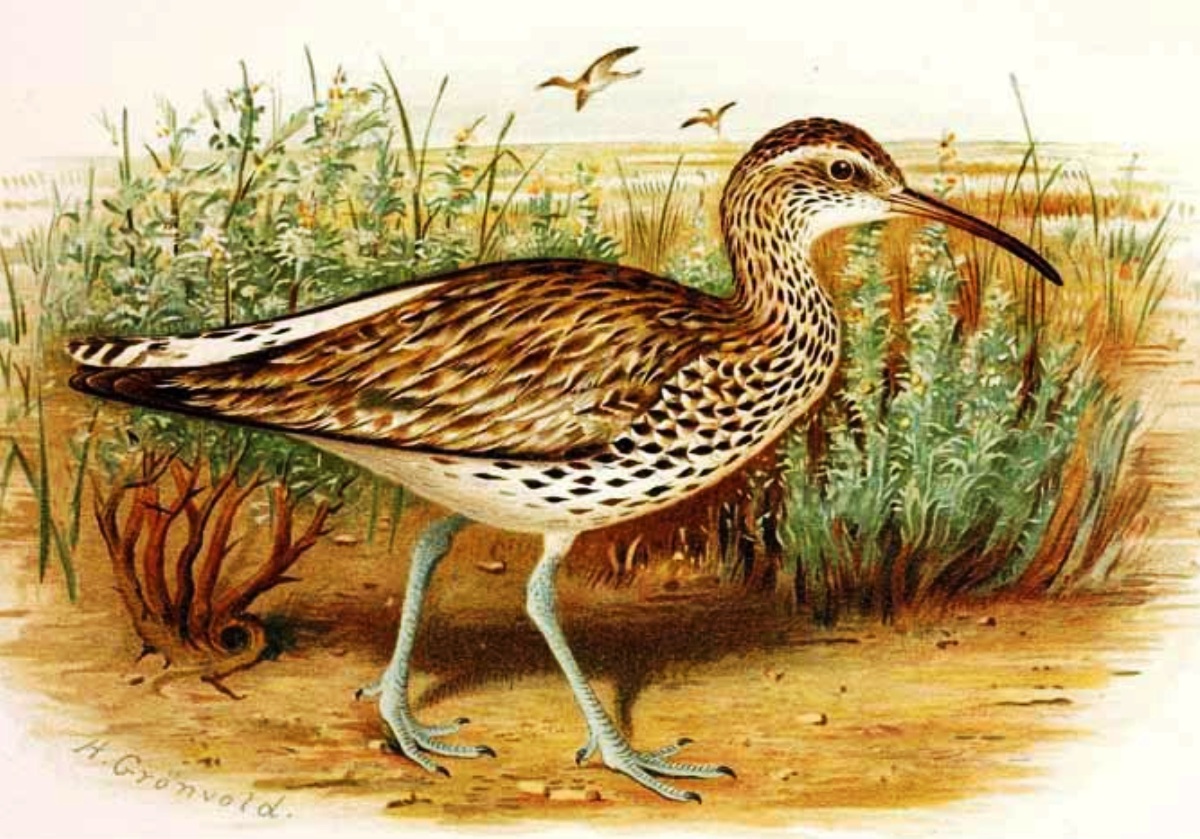 Description –
The Numenius tenuirostris is a medium-sized bird, 36-41 cm long, with a wingspan of 77-88 cm. it has a sexual dimorphism with the females which are generally bigger and heavier and have a longer beak.
It has a light brown color, uniformly speckled, lighter on the tail and secondary, with a white rump and a characteristic long slender and slightly curved downward beak. It is completely similar to the Curlew greater, but smaller, and to the Curlew small, but more slender and with a thinner beak.
The plumage of the young specimens is very similar to the adult, but with the sides marked by brown streaks; heart-shaped spots appear only towards the end of the first winter.
The singing is polite, similar to that of the Eurasian curlew, but more acute, more melodic and shorter. In the event of an alarm, it emits a much faster sound.

Biology –
The reproduction of this bird occurs mainly in the swamps, peat bogs and in the Siberia taiga where it nests in the winter and where it lives on muddy soils and in marshes.
The reproduction characteristics are similar to that of the Great Curlew and the Little Curlew. Unfortunately, due to the now residual presence of this species, greater details are missing even if the few nests observed had four eggs.

Ecological role –
The slender-billed curlew is now considered a species that is heading for extinction as it is now very rare.
It feeds on larvae of insects, molluscs, crustaceans and annelids which it captures by probing the ground and the low water with the long beak with faster movements than the Curlew.
It was once a very gregarious species outside the breeding season, associating with related species, in particular other curlews.
Now, after a long period of constant decline, Numenius tenuirostris is extremely rare. Fewer than 50 adult birds are thought to exist, with the latest sighting occurring in 2004, so it is now listed as endangered.
The main cause of the decline is believed to be excessive hunting in the wintering grounds of the Mediterranean. Habitat loss, particularly in wintering grounds, may also have played a role, but in Siberia there are still huge areas of peat bogs suitable for breeding. It is not known to what extent birds still reproduce successfully, and how much genetic flow still exists in what may have once been a large and widely dispersed population.
Unfortunately, habitat loss, combined with pollution also due to oil spills. At the moment there are no precise sighting data; theoretically, these birds may have retreated to all areas except the inaccessible ones.
The last well-documented nest was found in 1924, near Tara in the Omsk oblast, Siberia (57 ° N 74 ° E).
The extent of its decline is also reflected in the absence of wintering birds in Moroccan sites that were previously regular.
Recently, in 1995, 20 birds were registered in Italy.
In recent years, small groups of birds have been found in the northern coastal areas of the Danube Delta.
Four birds were present from 25 July to 21 August 2003, six were seen on 11 August 2004 and another on 12 August 2004.
A sighting of a single bird was reported by Albania in 2006 by a group of ornithologists from the EuroNatur environmental organization.
For this reason, even if concrete evidence is lacking, and given the extension of the possible habitat and the precautionary principle, it is believed that for the moment this species is still in existence.
The IUCN classifies this bird as an endangered species. This means that there are believed to be around 50 mature or less mature birds, with declining numbers, and that there is probably only one subpopulation.