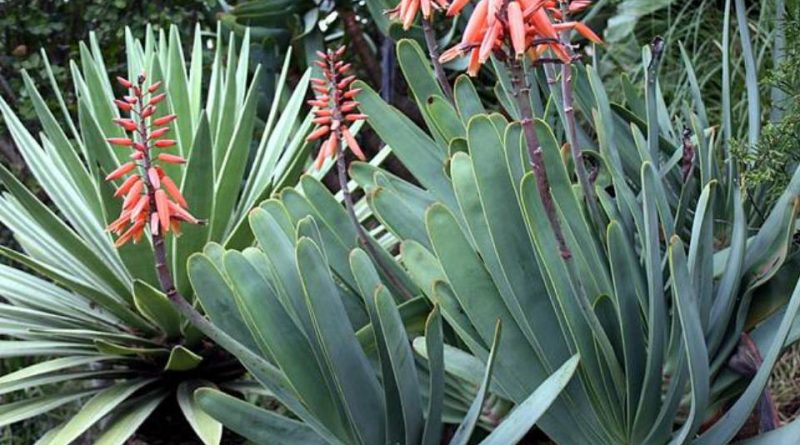 Etymology –
The term Kumara was described by the German botanist Friedrich Kasimir Medikus in 1786, and it is not known why he chose this name.
The specific epithet plicatilis comes from fold, fold, flexible, usable for weaving.

Geographical Distribution and Habitat –
Kumara plicatilis is an endemic species of some mountains of the Fynbos ecoregion, between the city of Franschhoek and Elandskloof, of the Western Cape in South Africa, which grows on an area of ​​about 1800 km², at an altitude of 150-650 meters on the sea ​​level.
Its habitat is that of sandstone soils and is often found on sandstone screeds above the granite in well-drained, sandy, slightly acidic soils on very steep, rocky slopes, facing south and protected from fire, where it grows in association with Protea spp ., Erica spp. and other typical essences of fynbos.
The area where it grows includes the protected areas of the Jonkershoek nature reserve, the Hottentots Holland nature reserve, the Limietberg nature reserve and the Paardenberg nature reserve.
The climate is Mediterranean with hot and dry summers and cold and wet winters. Invasive alien species are present within the habitat, both due to the escape of pine seedlings and other local invasive species such as Australian acacias, but these, at the moment, are at too low a density to cause possible threats. 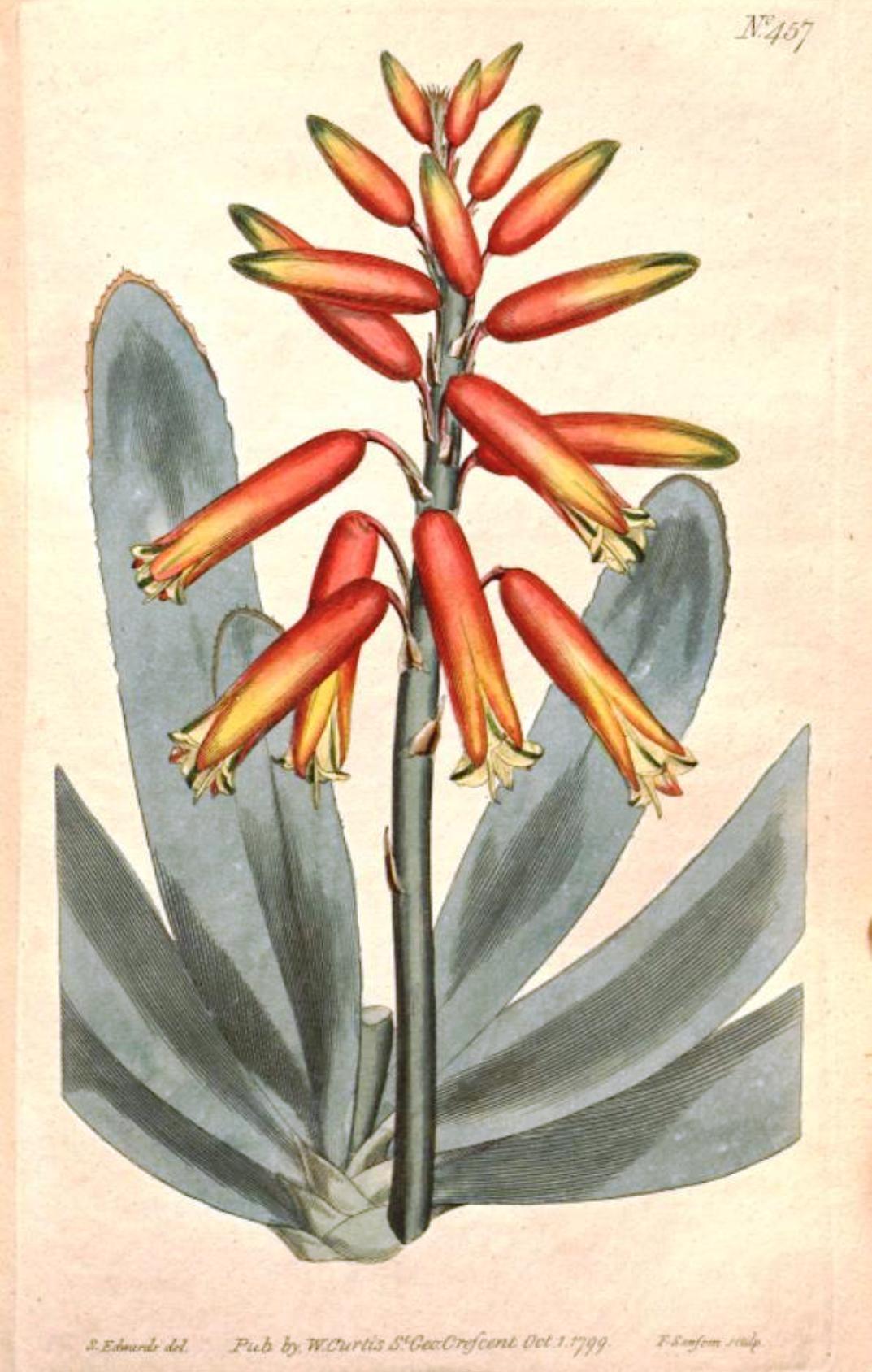 Description –
Fan aloe has a shrubby or small tree with a woody stem, which can reach 3-5 m in height.
The stems are forked with bunches of belt-shaped leaves arranged in 2 opposite rows. The leaves are opaque or gray-green in color, with almost smooth edges, with the exception of a few small teeth at the top. The leaves are about 30 cm long and 4 cm wide and the sap is light in color.
The inflorescences take the form of cylindrical racemes, comprising about 30 tubular flowers 5 cm long, red colored.
It blooms in late winter and spring, from August to October.

Cultivation –
Kumara plicatilis is a plant that can also be grown for ornamental purposes with a great decorative effect even in a pot. As an ornamental plant, it is increasingly used for landscaping drought-resistant rock gardens. However, it grows very slowly and as a result, outside of its natural habitat, it can be suffocated by faster growing plants that are in its vicinity.
This plant grows well, however, in sunny but cool, well-ventilated places and in well-drained soils, especially if grown in very rainy areas, possibly sandy. The optimal pH ranges from 5.5 to 6.5.
It should be watered constantly, especially if the goal is ornamental and make sure that no frost occurs in the winter.
As for the multiplication, it can be propagated by cutting of branches that must be planted in a well-drained soil. The cuttings must be cut cleanly from the mother plant and after letting the cut dry (not in direct sunlight) for a week or two, they can be planted in well-drained soil in a reasonably sunny position – however far from competition of faster growing plants.
It can also be reproduced from seed but, in this case, the growth is somewhat slow.

Uses and Traditions –
Regarding the systematic classification of this plant, phylogenetic studies indicated that two species traditionally classified as members of the Aloe genus were genetically distinct and included a completely separate clade. The species were then divided as separate genera, attributing to this plant the name Kumara which previously held as a Species.
From an ecological point of view, it is underlined how the flowers of Kumara plicatilis are visited by a variety of insects, including bees and cockroaches, and by Nectarine birds (Nectariniidae Vigors, 1825) that feed on nectar and all contribute to the pollination of the flowers. The seeds are then dispersed by the wind.
This plant also has an important function in areas prone to fires as they are able to survive fires, as its thick fleshy leaves contain a lot of moisture which allows lotus to resist burns and, moreover, have a thick cork bark which protects them from the heat of fires.
This plant is threatened by growing international trade, in which wild specimens are illegally collected and exported.
It is not currently an endangered species, but is on the IUCN Red List and the National Red List of South African Plants.

Method of Preparation –
As for other Aloes, this plant, which is one of the officinal ones, can be used in the therapeutic field, for the use of the gel of the leaves, deprived of the cuticle and of the internal juice.